Ryan Miller went with some stylized native artwork that reminds me a little bit of Alex Auld’s old Canucks mask: 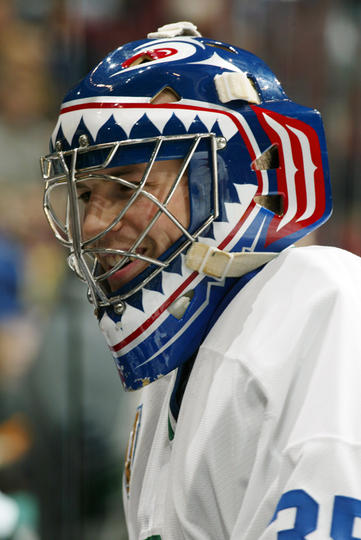 The back of Miller’s mask honours his cousin Matt, who died of cancer. The mask also honours his wife Noureen DeWulf, who you might recognize from her role on Anger Management.

Eddie Lack’s mask is the brainchild of 14-year-old Justin Mo, who won a fan contest in June. It features two Canucks logos, some mountains and has a green background. 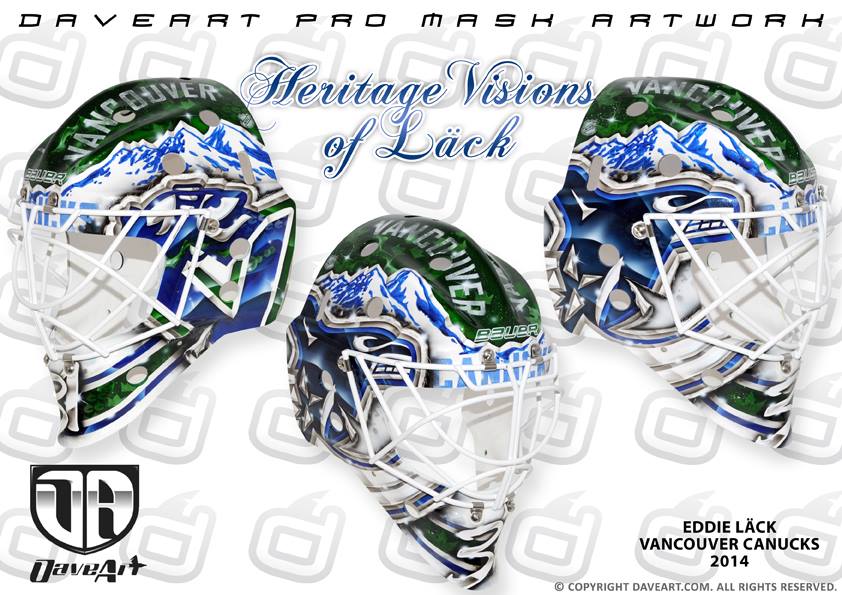 Neither goalie will have the distinction of having the greatest mask in Canucks history of course. That honour will forever belong to Gary Bromley: 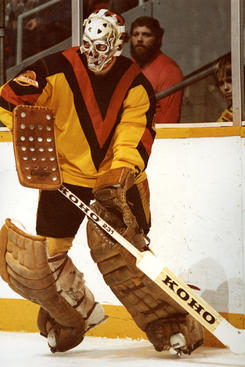