Fans will get a chance to play a round of golf with an NHL star in Whistler this summer, as part of the Ryan Johansen and Brenden Dillon Whistler Invitational golf tournament.

Here is the press release:

Vancouver, B.C. – Ryan Johansen of the Columbus Blue Jackets and Brenden Dillon of the San Jose Sharks are teaming up with Potential Apparel, a Vancouver-based lifestyle clothing company, to host the Whistler Invitational golf tournament. It is going to be a weekend of golf and fun taking place August 7 to 9, 2015, in Whistler, B.C. Thirty of some of the best NHL players will be in attendance, including: Jamie Benn, Jordie Benn, Brenden Gallagher, Milan Lucic, Morgan Reilly, Cody Franson, and many more will be playing with more than 100 golf enthusiasts. The goal of this event is to raise funds and awareness for Make-A-Wish Canada. By granting the wishes of children with life-threatening medical conditions, Make-A-Wish enriches the human experience with hope, strength and joy.

The cost of the tournament is $750 per person, which includes:

Proceeds from the tournament will go to the Make-A-Wish Foundation of Canada.

I sat down to have a chat with Ryan Johansen, who visited Vancity Buzz headquarters on Tuesday. The 22-year-old centre from Port Moody has established himself as one of the best young centres in the NHL.

Johansen followed up a breakout season in 2013-14 with an impressive 71-point campaign this season. He is a star on the rise, but he hasn’t forgotten where he came from.

Johansen, who spends his summers in on the west coast, lived in Vancouver until age 10, before moving to Port Moody. That meant switching minor hockey associations, moving from the Vancouver Thunderbirds to the Port Moody Panthers.

Of course, a player of his talent wasn’t in the minor hockey system for long, as he moved away to play for the Penticton Vees at age 16.

Although Joe Thornton was his childhood hockey idol, Johansen was a Canucks fan growing up. Of course, those allegiances changed once he made the NHL. That wasn’t exactly the case for his friends, at least early in his career:

It was weird after my first year in the league, we didn’t make the playoffs, and then all my buddies would come home and make me watch the Canucks, cheering for them in the playoffs. Didn’t really make sense.

Lucky for him, that year was 2012 and he didn’t have to sit through too many playoff games.

So what does Johansen miss about Vancouver when he’s away?

It’s nice coming back here, being able to go up to Whistler and places like that. Grouse Mountain, downtown, on the water, it’s so beautiful here. It’s something every time I come home, you appreciate more and more where you live.

So that begs the question…

I forgot to ask.

Whistler was a natural fit for his charity golf tournament, which he hopes will become an annual event.

Fans wishing to be a part of the Whistler Invitational golf tournament should be in for a treat. The list of players scheduled to be in attendance is an impressive one, with NHL superstars like Shea Weber, Jamie Benn and Duncan Keith signed up. Canucks prospects Hunter Shinkaruk and Jake Virtanen will be there too, as well as Zack Kassian, who played on the same line as Johansen in the 2011 World Junior Championships. 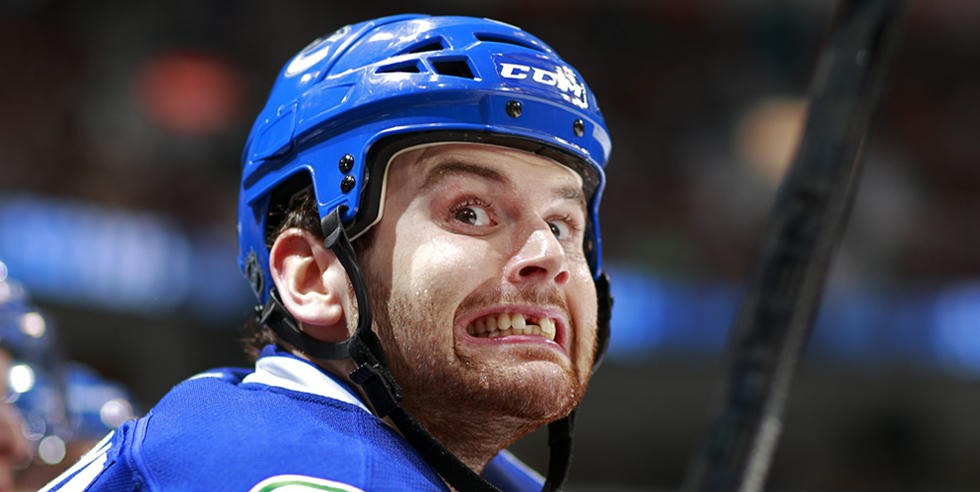 I had to ask, what is Zack Kassian like? “He’s a character. He’s a good dude, he’s a wild man”. And he would probably be my first choice to golf with too.

Ryan Johansen’s younger brother Lucas will be there, or “he better be there” as Ryan put it. Lucas will be playing in the Memorial Cup this week with the Kelowna Rockets.

You might think at a time like this, Lucas would lean on big brother for advice. You thought wrong: “the thing about my brother, he’s a really motivated kid, it’s not like he doesn’t like advice from me, but he never asks, he wants to do it on his own. He wants to prove to people that he can make the NHL and be successful, which I’m proud of, it’s fun to watch”.

Johansen played in his first NHL All-Star Game this season, and it went about as well as possible for him. Playing in front of his home fans in Columbus, Johansen was the first pick in the player draft and won the breakaway challenge. The next day he scored two goals and added two assists, good enough to be named the game’s MVP. Being named All-Star Game MVP also meant that he won a car. He picks up his Honda Accord later this week.

Just 22-years-old in his first All-Star Game with his locker stall in between Steven Stamkos and Duncan Keith, you might think Johansen would have felt in awe. But that feeling is now gone for the star centre, who has found his comfort zone:

You know my first three years, I was kind of in awe about playing against guys, it was still cool, you know, walking into the rinks and thinking “oh, I’m playing Ovechkin tonight”. After I kind of established myself last year and having success again this year, I kind of got over that, just felt really comfortable.

The downside to being picked first in the All-Star draft meant he didn’t get to spend very much time with Alex Ovechkin, who stole the show during the draft “yeah, he was having a bit of fun”.

"I need a car so bad." – Alexander Ovechkin pic.twitter.com/vda6mG82ai

So what was Johansen thinking with his breakaway challenge theatrics in the Skills Competition this season? Johansen’s experience in the breakaway relay in 2012 (he was named to the team as a ‘Young Star’) helped him prepare:

I remember trying stuff, but it was just like fancy moves, people thought it was boring. I kind of learned from watching other guys, if you do goofy stuff, or pull some wild stuff to surprise people, do the unexpected. With Ohio State winning the national championship, I thought it was a no-brainer to pull out the jersey. 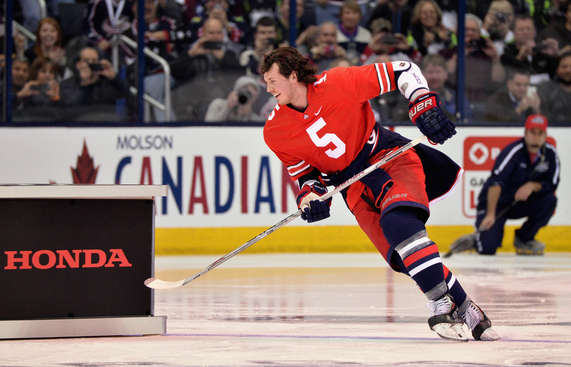 Because All-Star Weekend was in Columbus this year, Johansen had a few weeks to prepare for the NHL’s answer to the Slam Dunk Competition, which may have helped him against competitors, who only received about a couple of days’ notice.

For more information about the charity tournament, visit the Whistler Invitational website where you can sign up for the weekend or simply make a donation to the Make-A-Wish Foundation. The tournament is being run with the assistance of Potential Apparel, who contribute regularly to Make-A-Wish, Right To Play and HEROS Hockey. Vancity Buzz readers can receive 15% off at Potential Apparel by using the promo code “vcb”.