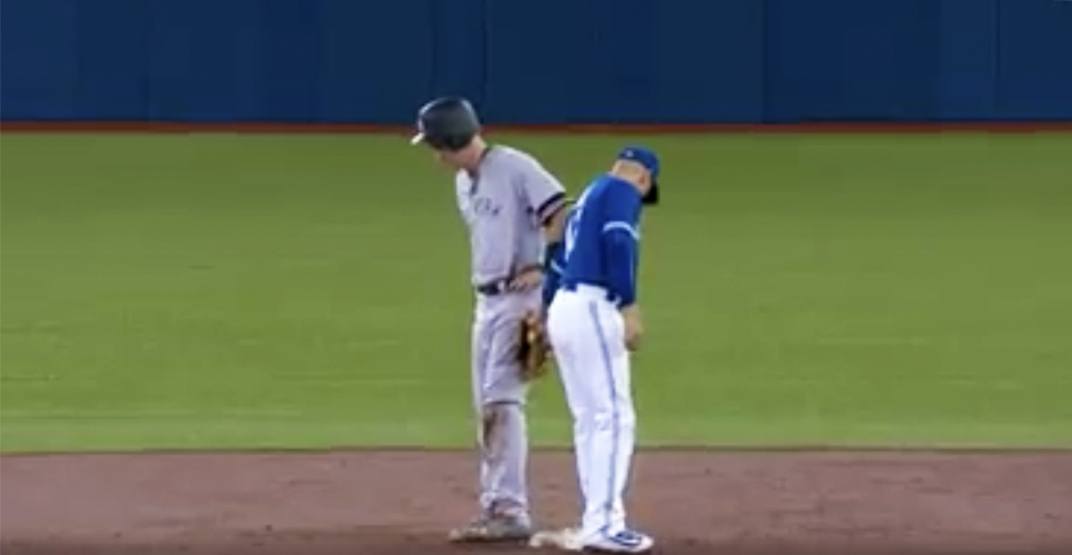 A well executed hidden ball trick is one of the best things to watch in the world of sports, and that’s just what happened in tonight’s Jays game against the Yankees.

With Yankees’ Todd Frazier on second base, Jays shortstop Ryan Goins faked throwing the ball, and with Frazier staring the other way, caught him off the bag at the perfect second landing a double play and the final out of the 3rd inning.

Here’s how it all unfolded:

You snooze, you lose. 😴 pic.twitter.com/s9fcwsVjPl

Goins also hit a grand slam in the 6th inning. What a night.

Ryan Goins has a grand slam & pulled off the hidden ball trick.

This is indisputably the single best individual performance in MLB history.