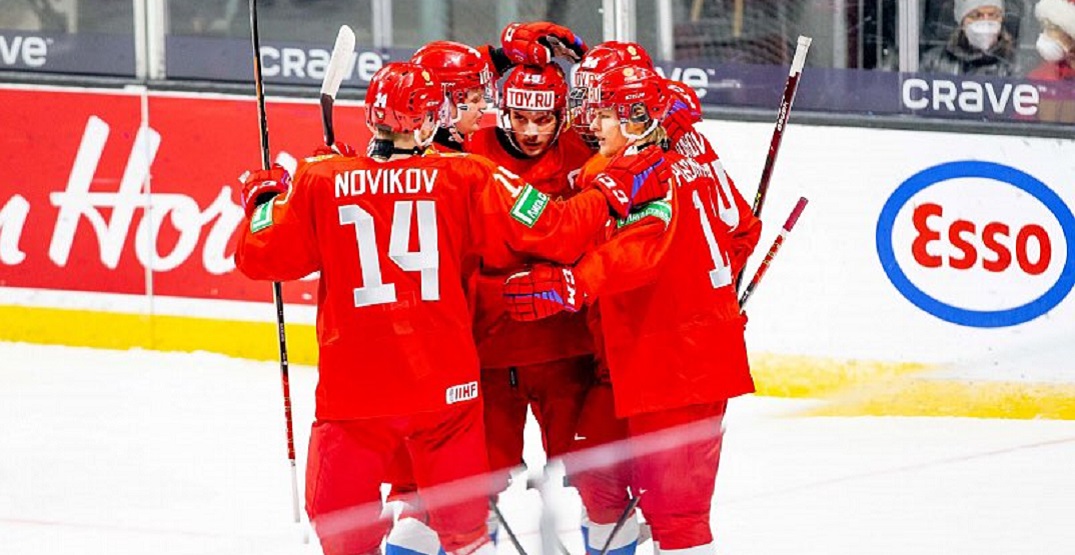 The 2022 World Juniors tournament wasn’t a smooth experience for anyone, but it appears the Russian team has added a layer of complications to their travel home.

Flying back to Russia via Frankfurt from Calgary, a passenger on the flight named Kathleen Scherf shared their experience of a two-hour delay caused by unruly behaviour from the team, including “trying to smoke cigarettes and not wearing masks.”

Two hours late so far on Calgary to Frankfurt flight. The Russian Juniors team was in back, trying to smoke cigarettes, not wearing masks, not listening to attendants. Cops swarmed the plane. We all had to get off while they and their luggage were removed.

When the story first broke Friday night, some questioned the validity of Scherf’s tweet, but follow-up reports seem to have confirmed the bizarre incident.

CTV Calgary’s Tyson Fedor added that the team was eventually escorted off the plane by Calgary Police, centred around their failure to comply with Air Canada’s mask policy.

This just in…Passengers report at least a 2 hour delay on the tarmac before they were all escorted off the plane by @CalgaryPolice @WorldJuniors @IIHFHockey https://t.co/2Z8nczfmDB

In a follow-up interview, Scherf told Fedor that two Russian coaches were “trying to vape” on board the flight.

To add insult to injury, some Czech players were misidentified as members of the Russian team and were also removed from the flight due to their similar-looking sweatshirts.

The story is the latest in one of the stranger hockey tournaments in recent memory, and it will be remembered more for its unfortunate demise than any of the on-ice action.

This story is being followed up by various news organizations today. Another question being asked: how closely were the protocols (masks, social distancing) followed, particularly by the teams in Red Deer?Anecdotal accounts from people who were there say they weren’t. https://t.co/D1yfbDczi8

Before the cancellation of the World Juniors, the Russian team managed a 1-1 record prior to a forfeit against Switzerland due to positive COVID-19 cases among their team.

No word yet on if the team was eventually able to board another flight home.