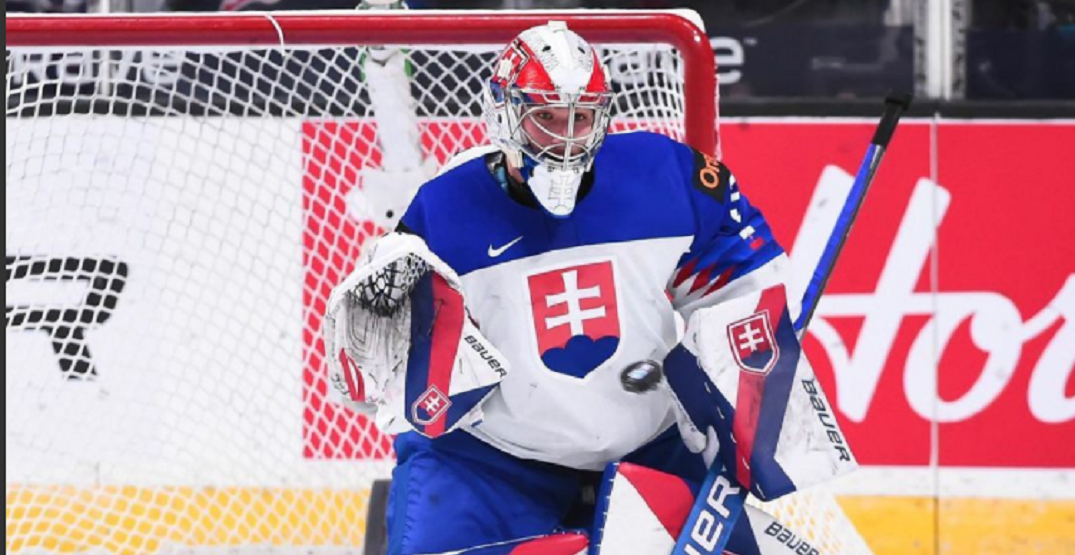 Slovakian goaltender Šimon Latkóczy was quickly becoming one of the stories to watch in the 2022 IIHF World Junior Championship taking place in Edmonton and Red Deer.

Latkóczy made 63 saves on 68 shots in the tournament over two games in two tight losses against Sweden and the United States.

But after news of the tournament’s cancellation, there was little but frustration for the 19-year-old.

Latkóczy, an undrafted prospect who plays with the USHL’s Madison Capitals, ripped into the IIHF in a series of Instagram posts, as one of the first players to speak out on the cancellation.

“This goes on IIHF. They completely underestimated this tournament,” Latkóczy said. “The organization from the first day was terrible. I felt like I am participating at some basic youth hockey tournament… they decided to end this tournament like it is some pointless couple games for some random guys who spent the holidays in Canada.”

The tournament was called after three games were forfeited, including Slovakia being awarded a 1-0 win over Russia. Just a single positive test on a game day was enough to result in a forfeit.

“We give everything we can to hockey every day, even spent the biggest holidays without our families. And I can tell you one thing. It is hard. I came here and tried to do my best and this is how it is done?” Latkóczy added.

Latkóczy was also playing last year’s tournament taking place in a more secure bubble environment in Edmonton with no fans.

Latkóczy said that last year’s protocols were “crazy… but it worked,” adding that all the workers involved were within the bubble for the entirety of the tournament.

This year, Team Slovakia was at a hotel in Red Deer as part of Pool B.

But the same safety precautions were not taken, with Latkóczy documenting that the players were in frequent contact with the general public, which could’ve contributed to the positive tests.

“We were in contact with people who were not part of the tournament all the time,”  Latkóczy added. “The people who worked at the hotel or waitresses who worked for us went home every night. True, every one has been tested every day but we know that the positive cases do not have to show up right after being in contact with someone. So how does it make sense?”

Latkoczky also confirmed reports of a wedding reception taking place at the tournament hotel on Wednesday.

“The funniest thing ever is that there was a wedding at our hotel today. What a joke,” he said.