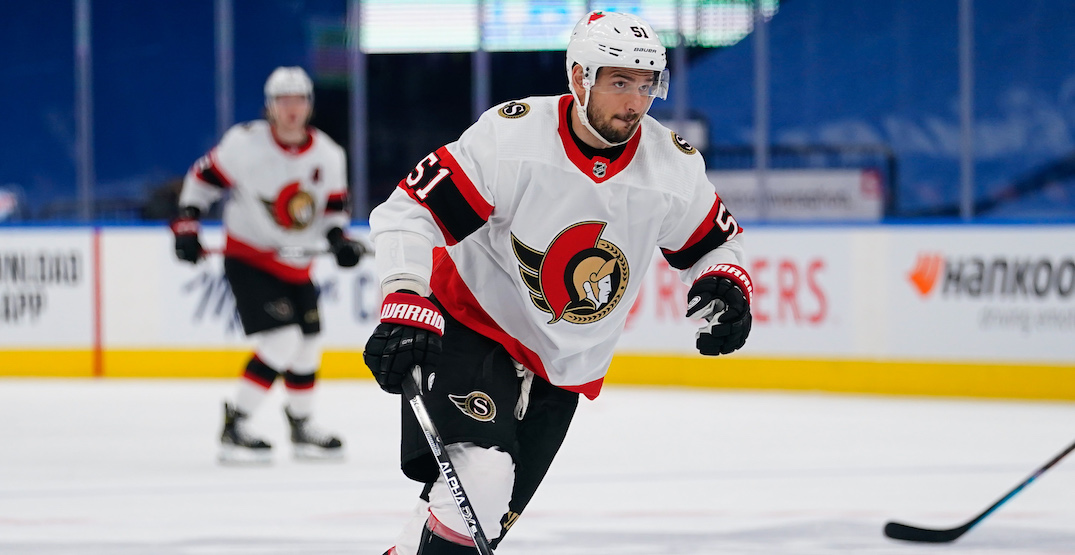 The Russians are coming.

Vasili Podkolzin, the Vancouver Canucks top prospect, is virtually a lock to begin the season in the NHL after an impressive showing in the KHL last season. The 20-year-old Moscow native played a marginalized role during the regular season for SKA St. Petersburg, but he tied a U20 playoff scoring record with 11 points (six goals, five assists) in 16 games.

As of now, Podkolzin is currently the only Russian on the Canucks. Based on Jim Benning’s recent comments, he seems interested in changing that.

“I think it would help…having another Russian player on the team,” Benning told Sportsnet’s Iain McIntyre. “So, we’re looking at that and seeing if there’s a fit that works either through trades or free agency. We may look to do something like that.”

Well, let’s take a look at seven Russian players that could be a target for the Canucks, either via trade or free agency. Free-agent Alex Ovechkin and disgruntled St. Louis Blues forward Vladimir Tarasenko were omitted from this list since the Canucks would have to perform miraculous cap gymnastics to acquire either of those players.

We’ll start off with a player who is arguably the easiest to envision in a Canucks sweater next season.

Artem Anisimov is an unrestricted free agent after his five-year, $22.5 million contract expired. The 33-year-old was placed on waivers midway through last season as the Ottawa Senators preferred to get some younger players into their line-up.

An experienced centre who can play on the penalty kill, Anisimov could be an attractive, low-cost option for the Canucks.

Nikita Gusev had a solid first year with the New Jersey Devils in 2019-20, posting 44 points in 66 games. However, he disappeared offensively in year two.

Gusev contracted COVID-19 early the season, and never got going after that. He also had bad puck luck, failing to score an even-strength goal last season. The Devils waived Gusev for the purpose of terminating his contract, and he went and signed a one-year, $1 million deal with the Panthers.

He showed signs of his former self with two goals and five points in 11 games with the Panthers, but he ended up being a healthy scratch for all six of Florida’s playoff games. He could be an intriguing, low-cost option for a number of teams.

The Canucks have a need for a veteran, left-shot defenceman with the probable departure of Alex Edler. So how about Dmitry Kulikov?

The 30-year-old was one of the better defensive defencemen on a bad New Jersey Devils team. Kulikov is one of the few Russian-born unrestricted free agents that the Canucks could sign with relative ease.

After a slow start to his career, Valeri Nichushkin’s value is beginning to skyrocket.

Nichushkin just finished top 20 in Selke voting for the second year in a row. He’s valued highly by the Colorado Avalanche, who made him one of their protected forwards for the expansion draft.

He wouldn’t be cheap to acquire. Colorado would likely target something like Vancouver’s 41st overall pick in this year’s draft. They currently have four picks in 2021 NHL Draft.

Evgeny Dadonov’s first season in Ottawa was a bit of a mess.

After averaging 65 points over a full 82 games for three straight seasons, Dadonov posted just 20 points in 55 games in ’20-21. That’s largely because went from playing with Aleksander Barkov and Jonathan Huberdeau to Colin White and Nick Paul.

He’s the Sens’ highest-paid forward, but Ottawa is nowhere near the cap ceiling. However, if Ottawa decides the fit is not right, or choose to ice an even younger roster, then the 32-year-old could end up on the block.

Yakov Trening played in 51 of 62 games for the Nashville Predators last season, and looked capable in an everyday, fourth-line role. The 24-year-old even chipped in a couple of goals during the Preds’ first-round series against the Carolina Hurricanes.

He wasn’t protected by the Predators ahead of the expansion draft.

Because the St. Louis Blues surprisingly exposed Tarasenko ahead of the expansion draft, that opened up a spot for the Blues to his countryman, Ivan Barbashev.

The 25-year-old Russian profiles similarly to newest Canuck Jason Dickinson, although he’s not quite as proficient defensively. Still, he’s a reliable centre who was one of the ice-time leaders on St. Louis’s penalty kill last season.