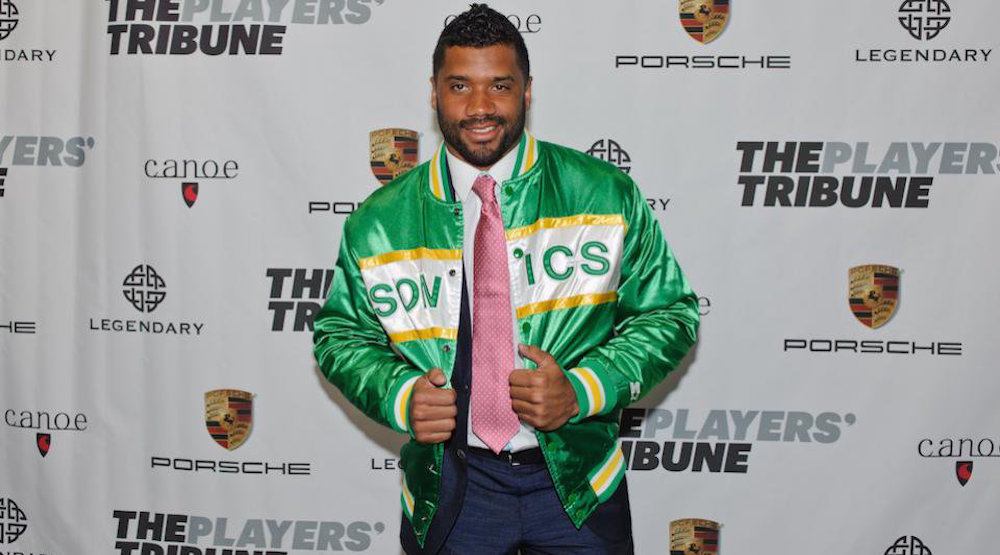 The movement to bring the NBA and NHL back to Seattle just got a big shot in the arm, as the Sonics Arena Group just got one of the most powerful forces in all of Seattle.

Russell Wilson, the Seahawks star quarterback who could probably run for mayor and win in the city of Seattle, announced on Monday that he is part of the group attempting to give the Emerald City an arena suitable for both the NBA and NHL.

I'm excited to announce I've partnered w/ the Sonics Arena Group to help bring the @NBA & @NHL to the best fan base in the world.

The investment group that Wilson has partnered with has been attempting to build an arena in Seattle’s SODO neighbourhood since 2012 according to Chris Daniels of King 5 News.

“I’m blessed and excited to partner with Chris (Hansen), Wally (Walker), Pete (Nordstrom), and Erik (Nordstrom), and the greatest fans in all of sports to bring the SODO arena to our beloved city – there is no place like the Emerald City,” Wilson said in a statement. “The positive impact sports has on our kids and many generations to come, and bringing different cultures and people together is what motivates and inspires me.”

The arena project in Seattle should be of interest to Vancouver hockey fans, as the Canucks have never had a true geographical rival. This should excite local basketball fans as well, as the region has suffered a void since the Sonics left Seattle in 2008, not to mention the Grizzlies leaving in 2001.

“We couldn’t be more thrilled that Russell is joining our partnership and continued efforts to bring the NBA and NHL back to Seattle,” Hansen said. “We welcome Russell, a young, smart and passionate entrepreneur, as our business partner. We know that his enthusiasm, positivity, and ‘never give up’ attitude will make a huge difference in our effort.”

This is the latest twist in an ongoing saga with the arena project. Hansen’s group offered to build the arena without public money just last month, to which the city countered with the idea of renovating Key Arena.

Seattle appears to be a slam dunk for an NHL expansion franchise, as soon as an arena is built. The NBA shouldn’t be far behind either, as Seattle is so clearly a prime basketball market.