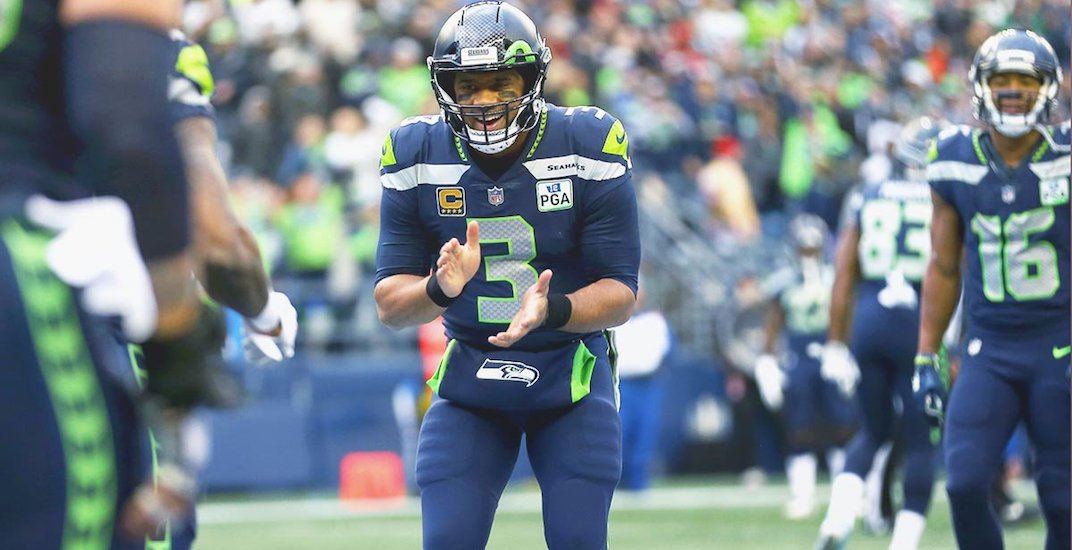 Those were the words of quarterback Russell Wilson, who announced his new contract with the Seahawks at 12:44 am this morning, while in bed with his wife, recording artist Ciara.

“Finally we can go to sleeeeep,” Ciara added, as husband and wife laughed before the end of the 20-second video.

The happy couple has plenty of reason to smile, as Wilson’s new deal makes him the highest paid player in the NFL.

Wilson reportedly signed a four-year extension worth $140 million with the Seahawks – keeping him in the Emerald City until the end of the 2023 season. The deal includes $107 million in guaranteed money, a $65 million signing bonus, and a no-trade clause.

The 30-year-old, who led the Seahawks to a Super Bowl win in 2013 and nearly won another in 2014, helped his team return to the playoffs last season after a one-year hiatus. Wilson will make $35 million per season, placing him ahead of fellow quarterbacks Rodgers ($35 million), Matt Ryan ($30 million), Kirk Cousins ($28 million), and Jimmy Garoppolo ($27.5 million).

The new deal will replace Wilson’s current four-year, $87.6 million contract that was set to expire after next season. Wilson had set a midnight deadline to sign a new contract, wanting a deal in place before the start of Seattle’s off-season workout program.

Here’s how Wilson ranks on the list of highest-paid NFL players: