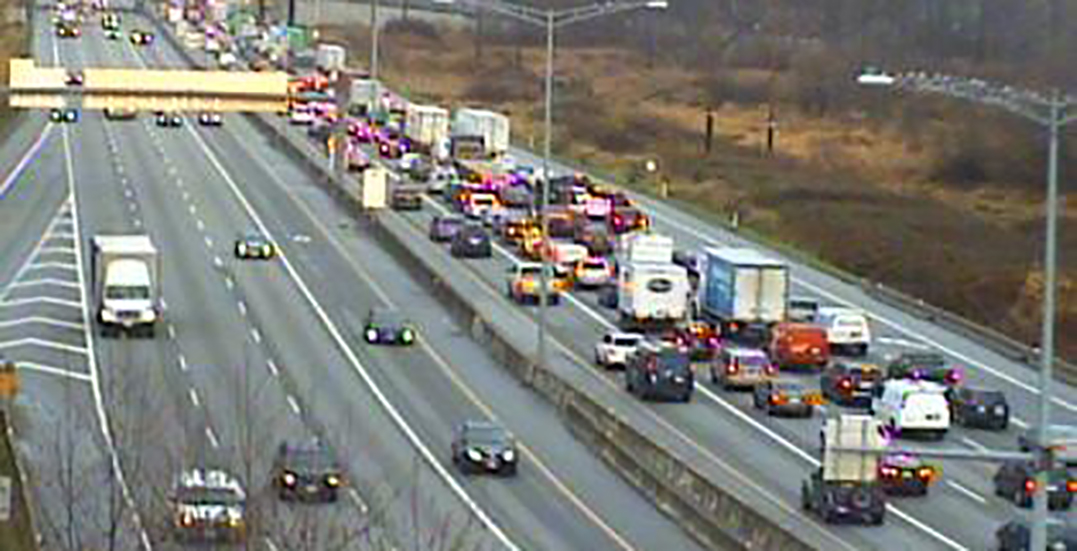 Drivers are being warned to give themselves extra time this morning due to extremely congested rush hour traffic that’s hitting the Lower Mainland.

The heavy volume and delays are thanks to an earlier incident that blocked several lanes of the Ironworkers Bridge moving westbound on Highway 1.

UPDATE – #BCHwy1 WB Crews are on scene at the vehicle incident at the west end of the #Ironworkers Bridge. The left and centre lanes are blocked. Expect heavy delays #NorthVan #YVR

Although the incident has since been cleared, the delays are hitting the downtown core, areas of Burnaby, as well as Highway 1, moving from Coquitlam to the North Shore.

At one point backups on the highway had reached close to the Port Mann Bridge. 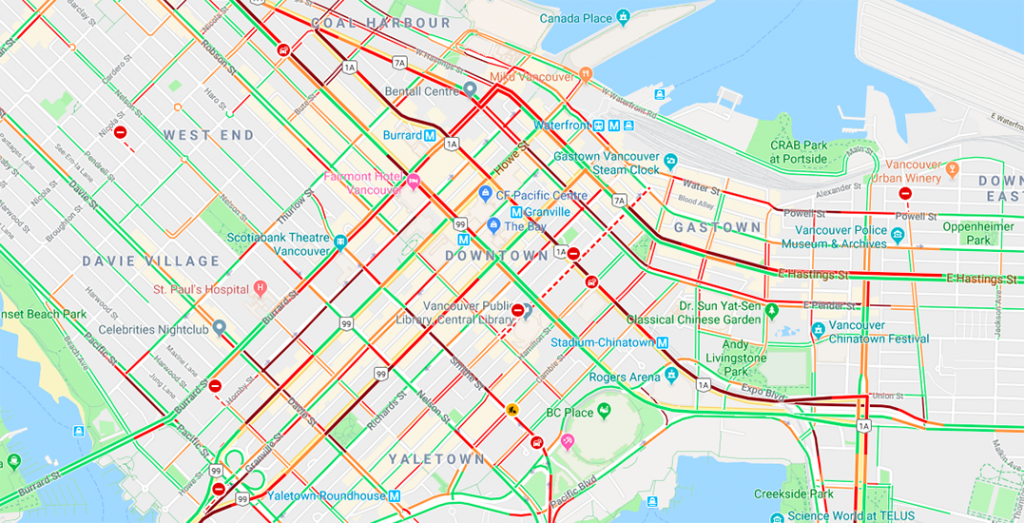 Heavy congestion in Downtown Vancouver, a result of commuters taking the Lions Gate Bridge over the Ironworkers (Google Maps) 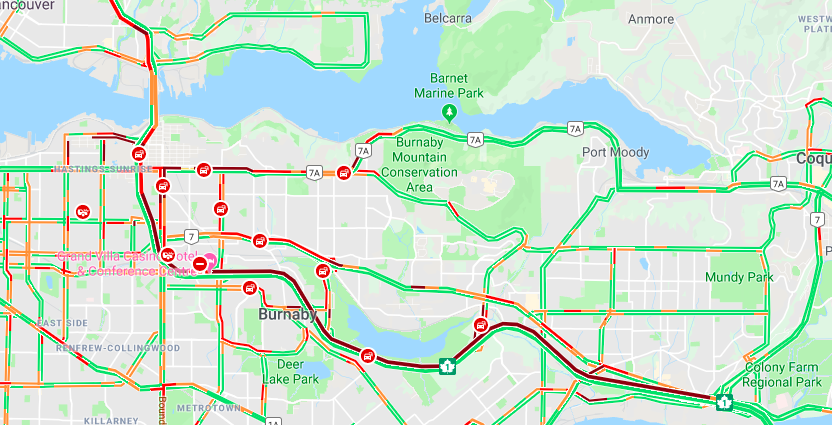 Heavy delays in areas of Burnaby and a serious slowdown moving from Coquitlam onto the North Shore via Highway 1.

Be sure to give yourself extra time and plan your route before you go.

You can find up-to-date photos of highway conditions on Drive BC.