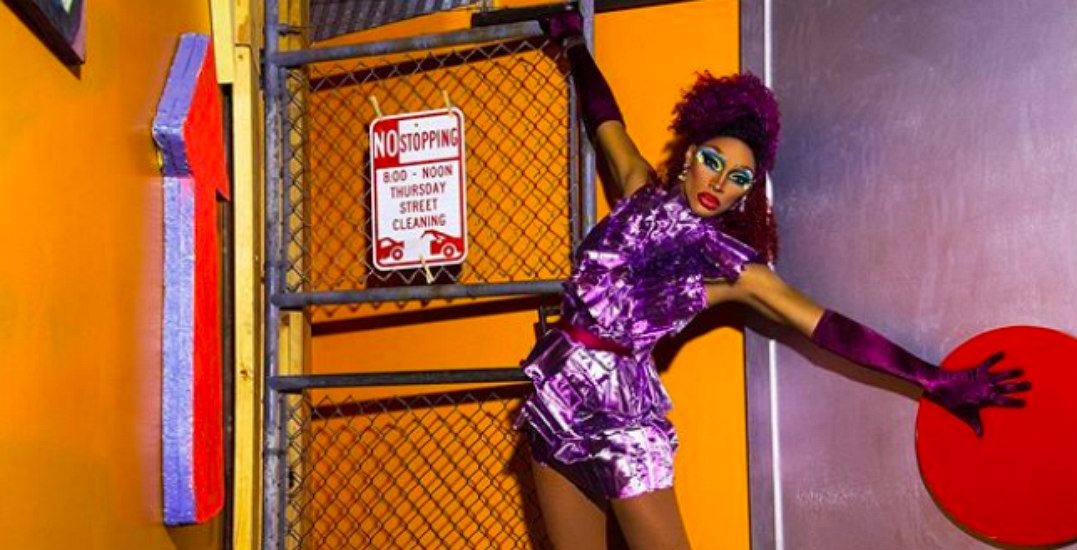 Anyone who attended the closing night of Vancouver Fashion Week (VFW) F/W 2019 can tell you about ‘Overdose!!!’, the debut collection showcased by local designer, Peter Zuk.

Featuring cosplay and video game culture-inspired designs, Zuk’s show stood out because it set a new standard for the runway. His non-binary pieces were worn not by an army of models, but by local drag talent who filled the room with energy by dancing and lip-syncing to hit songs.

Most recently, the designer experienced a huge milestone in his career when he presented his Haus of Zuk debut collection at New York Fashion Week (NYFW). This experience is something that Zuk says he’s still processing.

“You couldn’t tell me that six months after graduating from Blanche Macdonald, I would be offered sponsorship to NYFW and the upcoming ATFW (Tokyo),” Peter Zuk tells Daily Hive. “I’m a firm believer in chasing your dreams, but this experience has shown me that anything is possible with the right amount of hard work.”

Although Zuk’s sponsorship with Global Fashion Collective led him to NYFW, he says it’s something he has really been preparing for since his graduation from Blanche Macdonald.

The designer feels his NYFW show was “much more refined and polished” than when he debuted the collection at VFW. However, his team in Vancouver continued to support him and even joined him in New York City.

“The reason why I needed them so much is that having drag queens/queer/transgendered people in my show set it apart from anything else,” he says. “Plus, drag queens can walk and perform in heels better than any agency model I’ve ever met,” he laughs.

Joining a group of Vancouver drag queens on the catwalk in NYC was Vixen, a star from RuPaul’s Drag Race, season 10.

“Having Vixen showcase one of my graduation pieces was otherworldly,” says Zuk. “I look up to any hardworking girl in the drag world. A drag queen is someone who is able to take on almost every single art form and create a show-stopping performance. Vixen, however, is capable of doing all those things, while still being able to have a political message and get conversations going about dilemmas happening in our world today.”

Zuk explains that the process of choosing models is one of the most important things about his brand, and something he pulls a lot of his inspiration from. “Being a part of the LGBTQ+ community in Vancouver, they’ve always supported me through school and the creation of my first collection. I wanted to be able to show my gratitude to them in the best way that I could.”

He says that one model, in particular, Berlin (who modelled his white fur gown design), is someone that he has fallen in love with.

“She began transitioning around the same time as the beginning of my collection, and from there, she has supplied me with endless amounts of inspiration. As a cis gay white man, I can sympathize with my transgendered sisters and brothers, however, I can’t empathize. I’m unable to fully understand the trials and tribulations that they go through on a daily basis.”

The designer explains how he sees their “fight to be accepted and become who they are on the inside, and showcase that on the outside,” as one of the “most beautiful things” in our generation.

“That’s honestly why I love having transgender/non-binary/POC/queer-identifying people in my show, because their fears aren’t artificial or shallow; they aren’t scared of tripping or falling down a runway, and the strength they possess from getting up and being themselves every day, is something that they exude when they walk and stomp down the runway; it’s so captivating and inspiring.”

Zuk wants to “normalize transgender/non-binary/queer-identifying people in the fashion industry.” He doesn’t want it to be a spectacle that they’re in his show.

The young creative is now preparing to showcase his second collection ‘FLETCHER’ at Vancouver Fashion Week S/S 2020. “This collection is something that I never thought I would do. It’s so elegant and romantic, and something extremely unexpected,” he says.

“The show will be as theatrical and dramatic as the last. I can’t wait to show the world the most important collection (to me) I will ever make,” he adds.

See more of Zuk’s designs on Instagram before his upcoming VFW show.