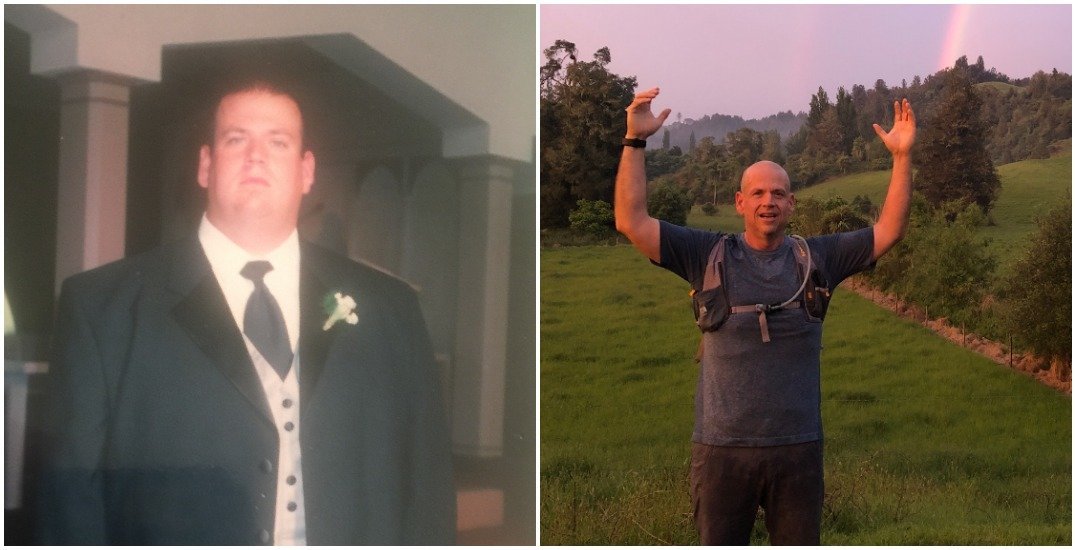 A reality check from a doctor was all Darren McQueen needed to take control of his life.

“She said my life expectancy was decreasing due to how unhealthy I was. Man, that scared me,” McQueen recalls after being told he was borderline diabetic and had high blood pressure. At 43 years old, he weighed close to 400 pounds and desperately needed a lifestyle change.

What led to this? A combination of the lack of an active lifestyle and a diet mainly consisting of fast and processed food is to blame. McQueen decided enough was enough.

“This may have been my rock bottom.” 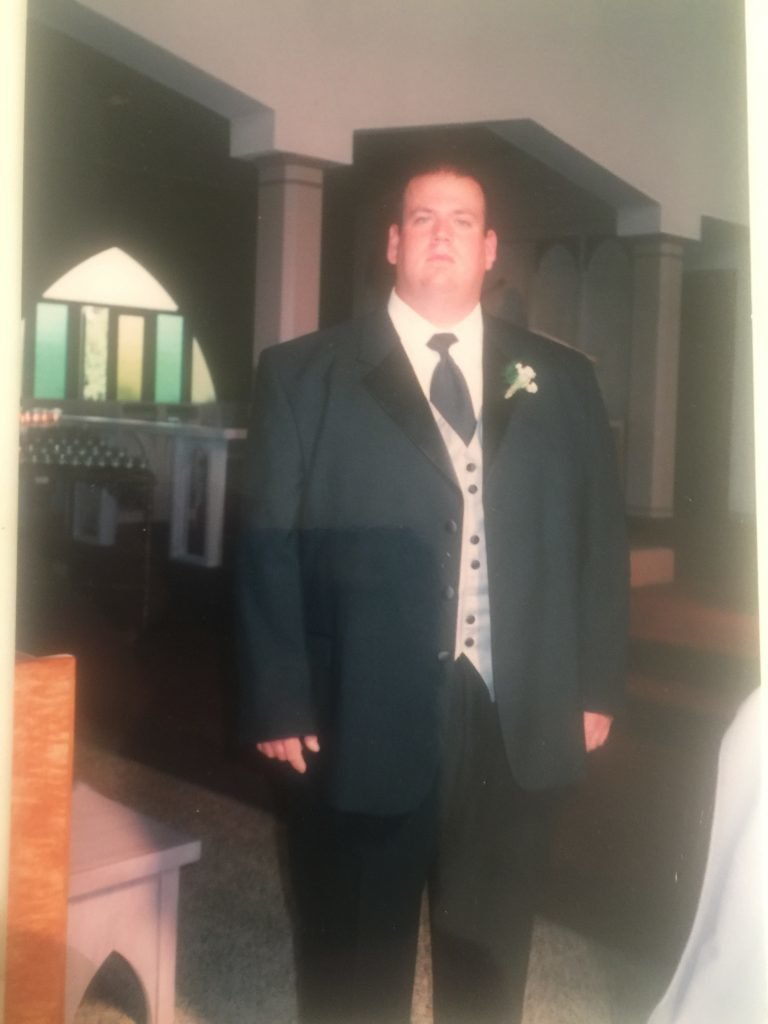 McQueen soon discovered there were no quick fixes. He joined a weight loss centre and also limited himself to eating 1,000 calories per day, less than half of what a man his age should consume. With these methods, he shed an impressive 200 pounds. However, what he didn’t learn was how to properly maintain that weight and, eventually, he gained it all back.

Moved to desperation, he decided to hire a personal trainer through the advice of his naturopath. He was connected with nutrition and fitness coach, Mandy Gill, and upon meeting her was ready to shove his excuses to the side and get the work started.

“If you commit to me, I’ll commit to you,” Gill promised. McQueen was inspired by these words and a new friendship began. 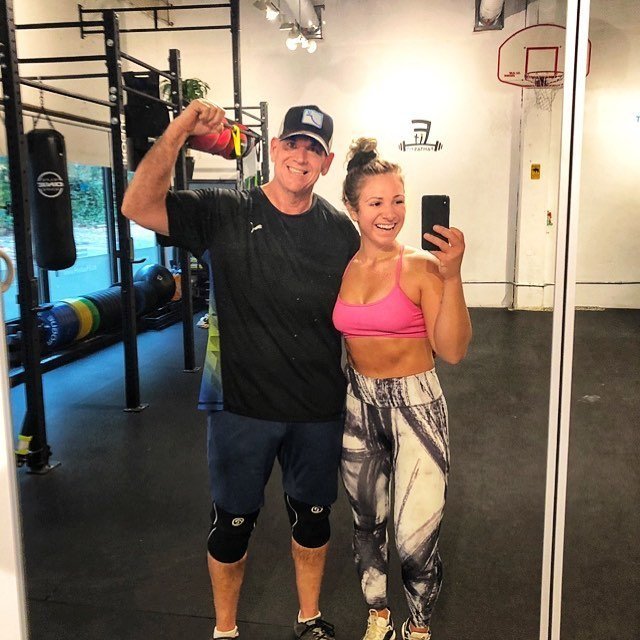 Gill created a workout plan that was easy for him to manage and made sure he had fun while doing it. They focused on strength and proper technique at first, slowly building up to working in cardio and High Intensity Interval Training (HIIT) exercises the more he progressed. They worked out together five days a week and she even took charge of his diet. At the start, McQueen used every excuse in the book to avoid exercise. His attitude eventually changed, gave it his all and impressed Gill with his dedication, working out at 2 or 3 AM before his work day started.

“When someone trusts in the process, miracles can happen. He is a prime example,” Gill gushed about her friend and client. “He learned to love himself on a deeper level.” 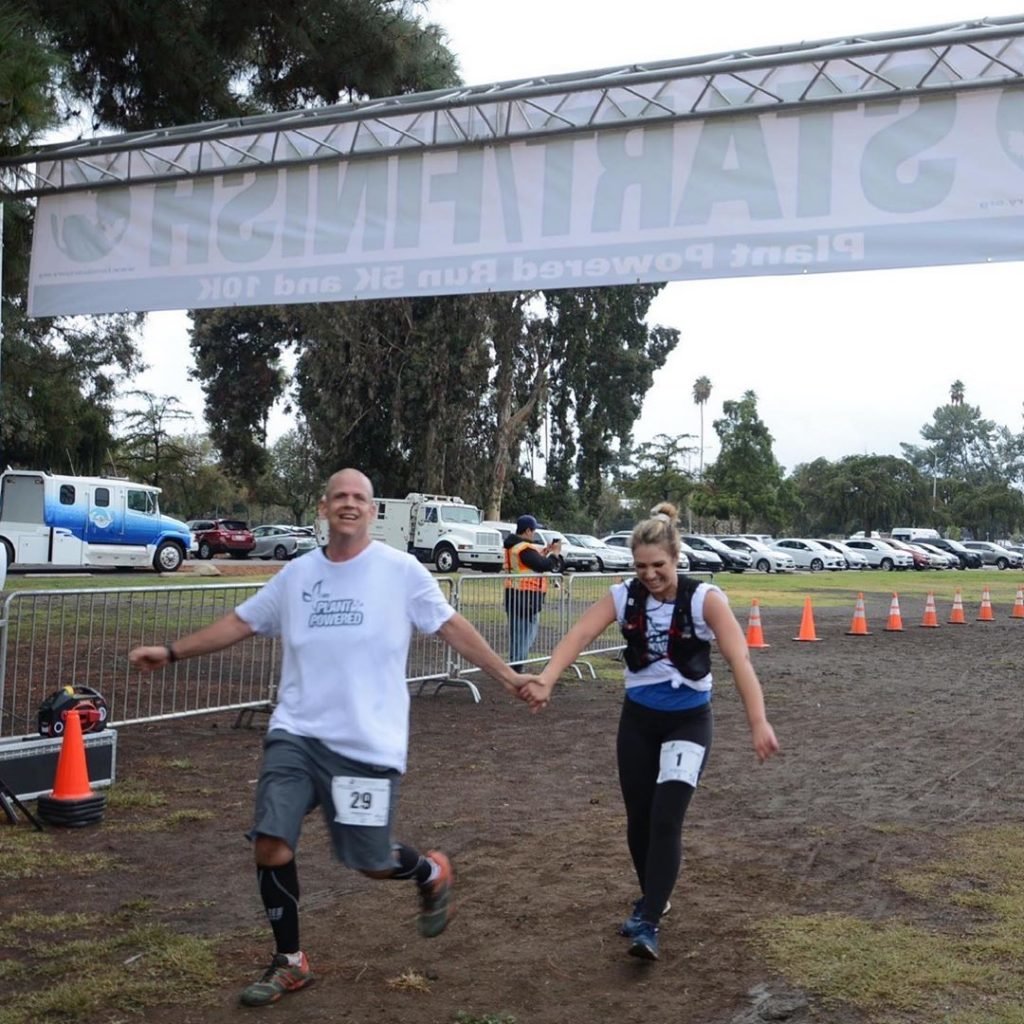 McQueen needed to surround himself with the right people to aid in his weight loss journey. We need people to keep us accountable, celebrate the victories, and lean on during the tough times. It seems he has found his tribe, as he managed to turn his habits around.

Simply eating out turned into an epic hike with lunch. Being sore was no longer an excuse to avoid the gym. Fast food turned into a plant-based diet. For four years and counting, he was disciplined and it showed… shedding 200 pounds and feeling stronger than ever. 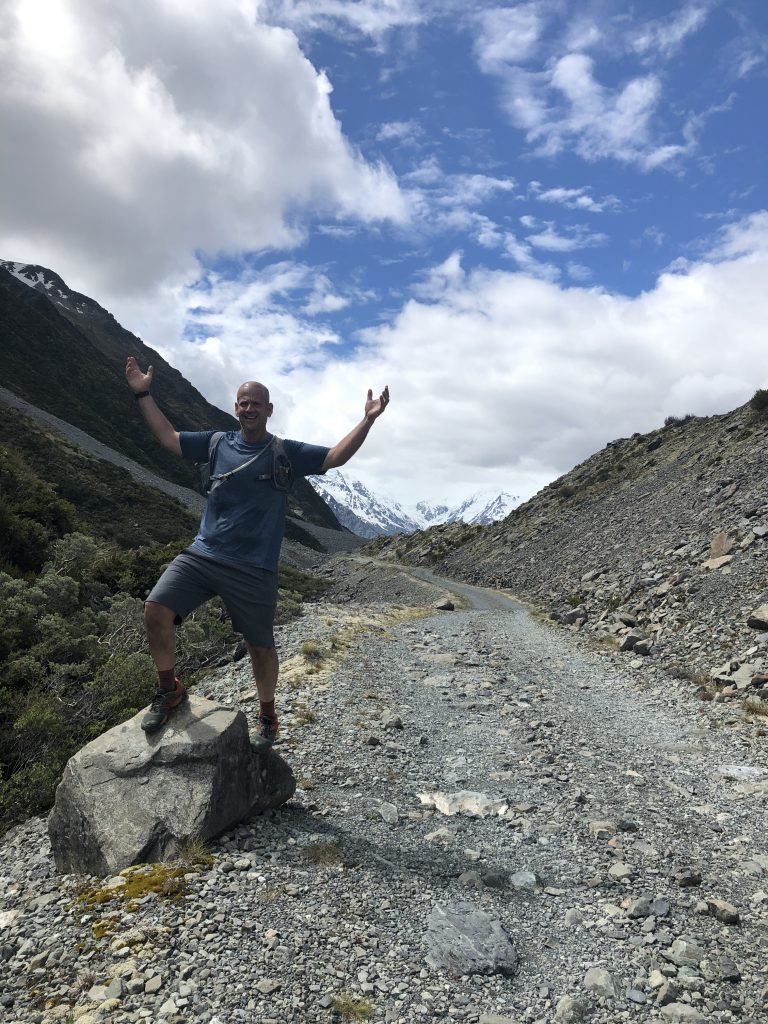 “This is for life, I never wanna go back, go through this shit again. It was so tough, I’ve worked way too hard. My life now is so amazing. I used to have pain in my knees, my back. Now I’m pain-free and have this energy that wants me wanting more! I’m so living my best life now and I’m happy. But you can’t stop I’ve got to keep setting goals and moving forward.”

He met his initial goal weight of 195 pounds, but they plan on shaving another 10 pounds off that. McQueen also started running. Short 5 km’s first, but as any runner knows, there is always a new distance to conquer. Earlier this year, he found himself running from Squamish to Whistler at the 50 km ultramarathon Tenderfoot Boogie. 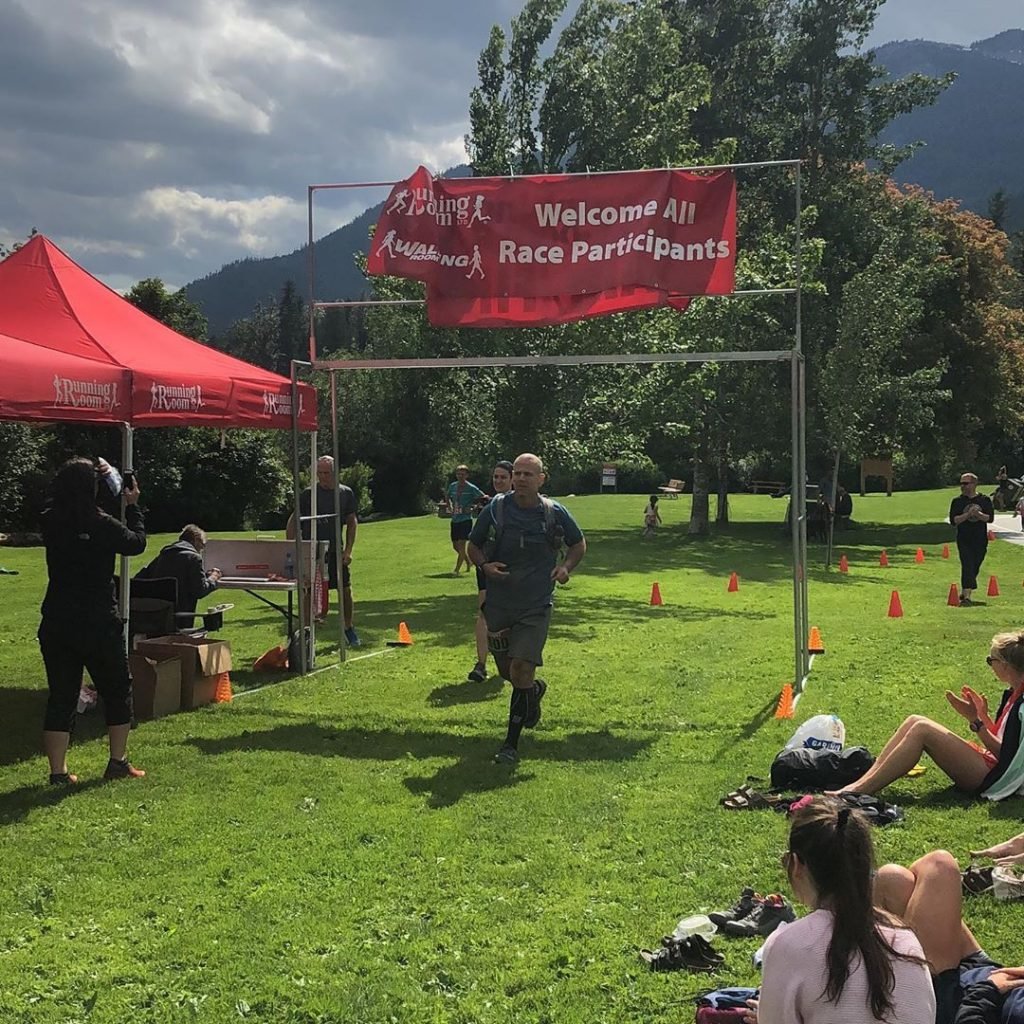 It was a grueling, yet rewarding experience. Nine hours later, McQueen crossed the finish line an ultra marathoner. He felt invincible.

“Five years ago I dreaded taking a flight of stairs. I was a mess! Now look. The body is capable of anything.”

The first thing this ultra marathoner did the next day was go for a hike. Something “Past Darren” could ever fathom doing after putting your body through hours of rigorous abuse. 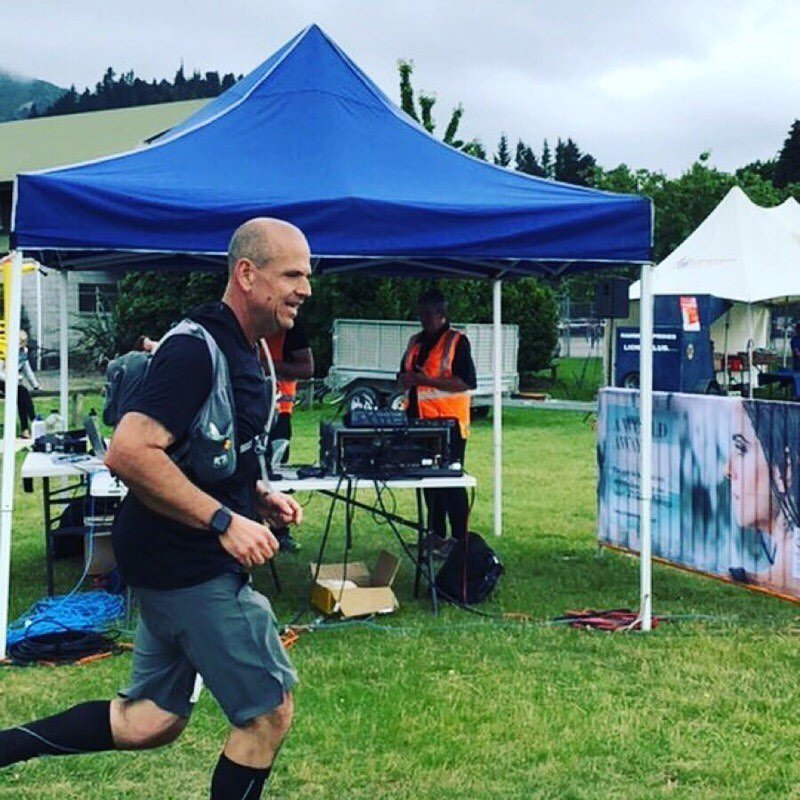 “I would tell myself that I need to let all excuses go. Just believe in yourself, you are capable of absolutely anything! All you have to do is put the work in. It’s going to be super tough and you’re gonna want to quit and take the easy road. But push through, you deserve this life, be the badass you are. One day or day one… you decide!”

Day one sounds like a great place to start. For McQueen, his new day one involves working towards another ultramarathon and also, thoughts of running across the Grand Canyon have entered his mind. Ambitious goals that he believes anyone can conquer as long as they believe in themselves and put in the work. 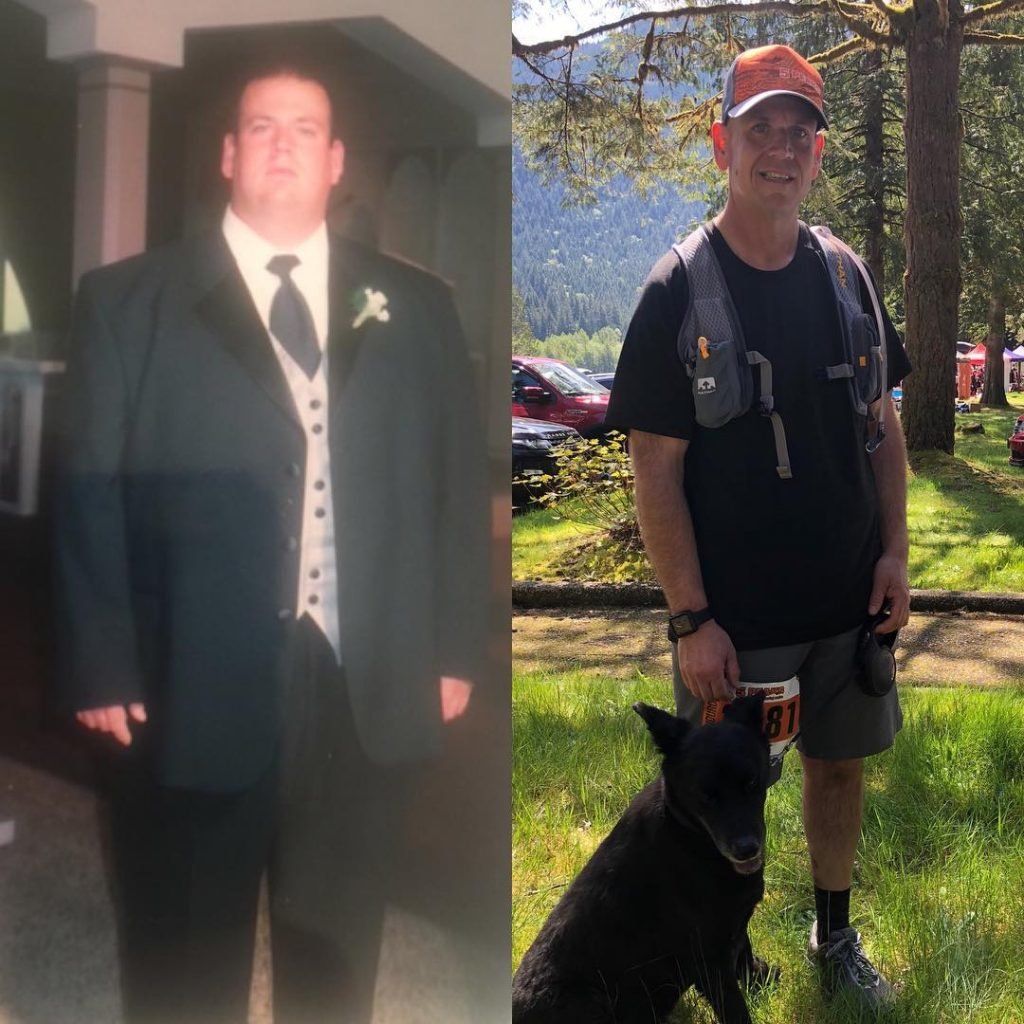 “Start small. Make health and wellness a way of life. Fill your circle with those who will push and drive you. Find those who inspire you. Remember you only lose when you quit. I’ll tell you guys right now, I have fallen and failed so many times but my team helped pick me up and move forward. Man if I can do this you can. I wrote the book on excuses to not do things. When you give up excuses watch and see what happens!”