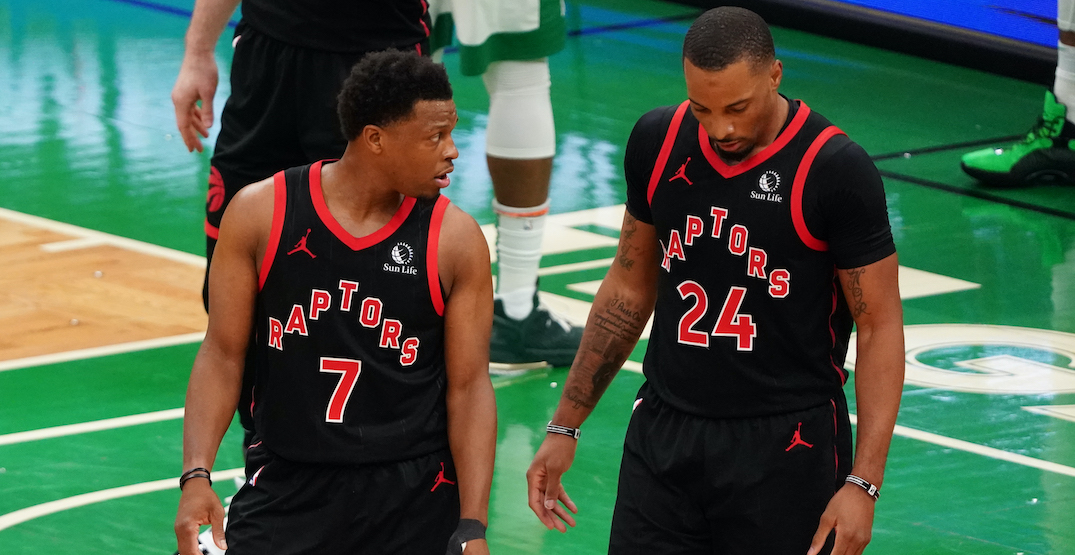 Longtime Raptors Kyle Lowry and Norman Powell are getting a lot of attention from other teams ahead of Thursday’s NBA trade deadline.

Starting with Lowry, according to ESPN’s Brian Windhorst, the Miami Heat “covet” him and would love to get him before the deadline. Windhorst added that if San Antonio Spurs forward LaMarcus Aldridge can get a buyout, the Heat are at the top of his list as to where he would sign next.

If the Heat get Aldridge, they would be more open to dealing other forward pieces in Lowry’s potential trade. A move to Miami is something that the Villanova product might be interested in.

According to The Ringer’s Kevin O’Connor, if a trade happens this week, Lowry would like to go to Miami due to his prior relationship with Heat forward Jimmy Butler. Both of them were teammates on Team USA at the 2016 Olympics.

O’Connor also noted that the Raptors would like to receive Tyler Herro or Duncan Robinson in a return package for Lowry.

Herro, a former first-round pick out of Kentucky, is in the middle of another excellent season. He is averaging 15.5 points, 3.4 assists, and 5.4 rebounds per game on 32% three-point shooting. Apart from his three-point shooting, those numbers are all topping what he did during his rookie season.

Robinson, a restricted free agent at the end of the year, is shooting 38% from three-point range this year and is averaging 12.7 points, 3.9 rebounds and 1.6 assists.

Lowry has seen his name in many rumours over the past couple of weeks. Those rumours prompted him to come out and state his desire to end his career as a member of the Raptors. Also, a report from TSN’s Josh Lewenberg said that Toronto doesn’t plan to deal Lowry before the deadline.

The soon to be 35-year-old is averaging 17.6 points, 5.6 rebounds, and 7.5 assists this season and is in the final year of his contract that will see him become a free agent after the season.

Powell is another member of the Raptors who is generating a lot of buzz leading up to the trade deadline.

“A name that has really emerged in the last few days as I talk to league executives: Norman Powell from Toronto,” Windhorst noted. “About to be a free agent, the Raptors trying to decide what to do going forward this season and into the future, so Norman Powell could be a surprise name that could help a contender in a late deal this week.”

The Athletic’s Shams Charania also wrote that Powell is expected to gain interest from multiple teams.

Powell is having a career season, averaging 19.6 points, 3.1 rebounds, and 1.8 assists per game on nearly 44.4% shooting from three-point range. Powell is making $10.9 million this season and has a player option for $11.6 million next season.