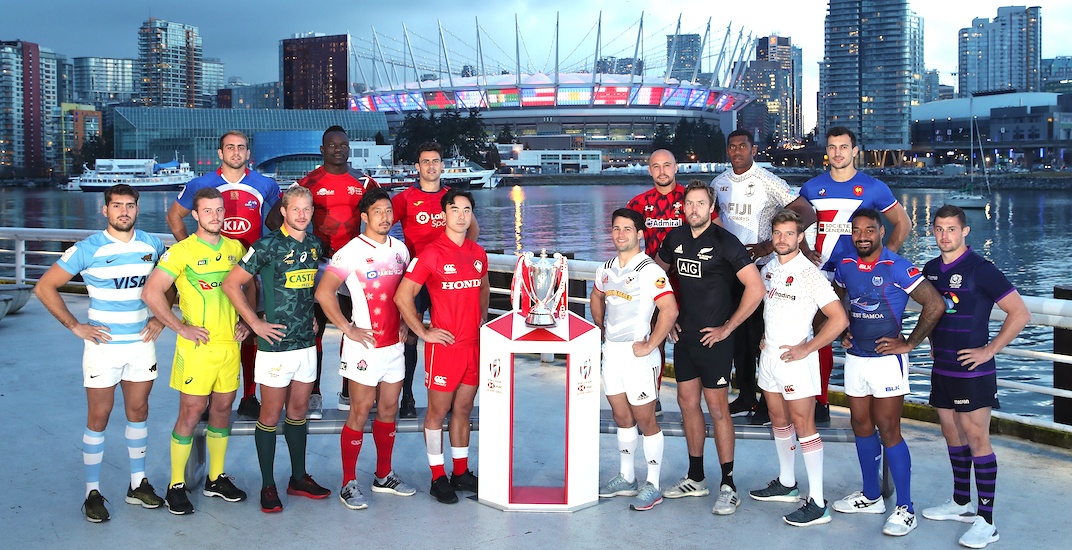 A two-day grind, to succeed at this tournament you need preparation, endurance, and enthusiasm.

And that’s just for fans arriving in “fancy dress” in the general admission sections at BC Place.

Other tournaments this year

Vancouver is the sixth stop on the world tour, with teams having already visited Dubai, Cape Town, Hamilton (New Zealand), Sydney, and Las Vegas. After this weekend, the tour will go to Asia and Europe, making stops in Hong Kong, Singapore, London, and Paris.

While they are competitive, Canada is not a world power – though they did win the Singapore Sevens tournament in 2017.

Here’s how countries have fared at previous tournaments this season:

The 16-team tournament features 45 matches (24 on Day 1, 21 on Day 2), with each match consisting of two seven-minute halves. Games are fast-paced, high-scoring, and completed quickly, with the next match starting almost immediately.