Put on your lego heads, because it’s nearly that time of year again.

While the Vancouver stop on the 2018 World Rugby Sevens Series isn’t until March 10 and 11, it’s nearly time to buy your tickets. On Thursday, Canada Sevens and Rugby Canada released details for how to secure a seat for next year’s event.

Tickets go on sale to the general public on September 19, but if you’re smart you’ll sign up for early bird access, which will allow you to buy tickets a week earlier at 10 am on Tuesday, September 12. Tickets start at $99 for the weekend package. Single day tickets will go on sale later this year, if there’s any left.

Last year, more than 30% of tickets were sold during the first week they went on sale. The 2017 tournament broke attendance records for the second year in a row, as 76,000 fans flocked to BC Place over the two-day event.

“The HSBC Canada Sevens continues to grow in popularity, with a rugby audience in Canada clearly on the rise” said CEO of Rugby Canada, Allen Vansen. “Our priority is to make sure we offer ticket options for long-time loyal rugby fans as well as our new and emerging fans that span from young up-and-coming players to general sport and entertainment enthusiasts.”

Organizers are going with a similar set-up to last year, opening up part of the upper bowl of BC Place. 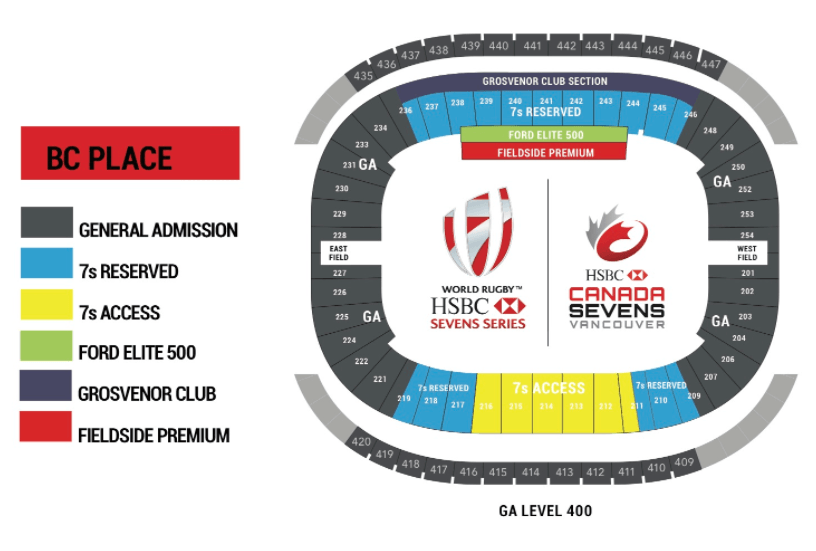 The 2018 tournament will mark the third year that Vancouver has hosted the Rugby Sevens Series, in what has been a wildly successful event. Vancouver is confirmed for 2018 and 2019 as part of the four-year commitment following their successful bid in 2015.

Given the success of 2016 and 2017, you have to think they’ll soon be drafting up new contracts for additional tournaments.