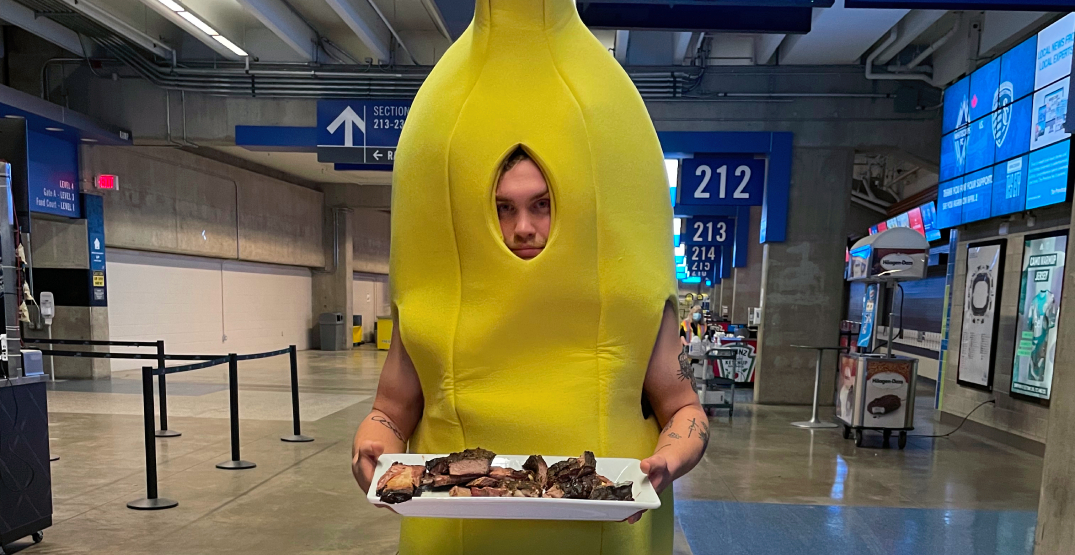 A cold case is being reopened six years after an infamous banana suit-clad thief stole a rack of prime rib at the Rugby Sevens debut tournament at BC place in 2016. And now, Canada Sevens is asking for your help to identify the ravenous criminal.

The felonious fan bolted off with a full rack of ribs snatched from the Beast Unleashed Grill outside of section 210 — causing a lapse in event security protocol as he ran free into the stands. The thief is expected to have been of overwhelming hunger and highly probable inebriation at the time of the crime.

With the only surviving evidence being radio recordings of event security attempting to track down a banana on the loose with over $500 worth of meat, Canada Sevens with the help of Canadian national team player Jake Thiel and his teammates have visually recreated the event to aid civilians in identifying the culprit.

“This is the ultimate cold case of Canada Sevens,” says Jamie Levchuk, interim CEO of Rugby Canada. “We expected fans dressed as beers or vodka sodas to cause a potential ruckus, but did not anticipate an innocent banana running away with a rack of prime rib, enough to feed his entire section.”

Levchuk says that a reward is out for anyone with any information leading to the identity of the culprit. 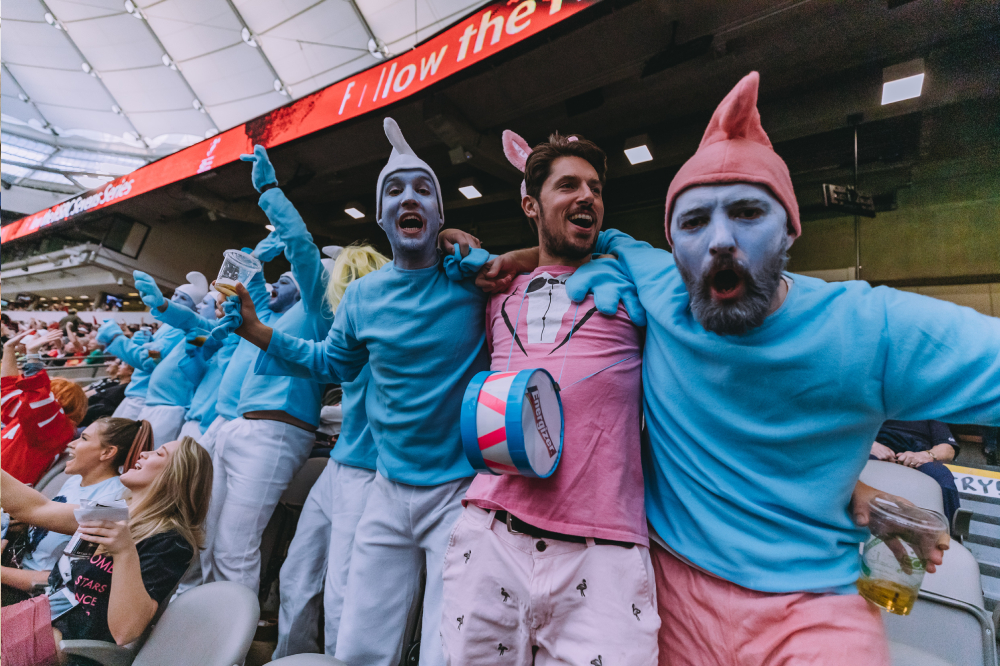 With all of the outrageous costumes at Sevens each year — understanding the tournament’s annual “fancy dress” assignment — one may think a banana suit would blend into the background of the stadium’s lively atmosphere.

But with all kinds of creative getups being the standard attire at the tournament, the criminal seems to have seamlessly disguised themselves within the chaos to successfully lose event security. 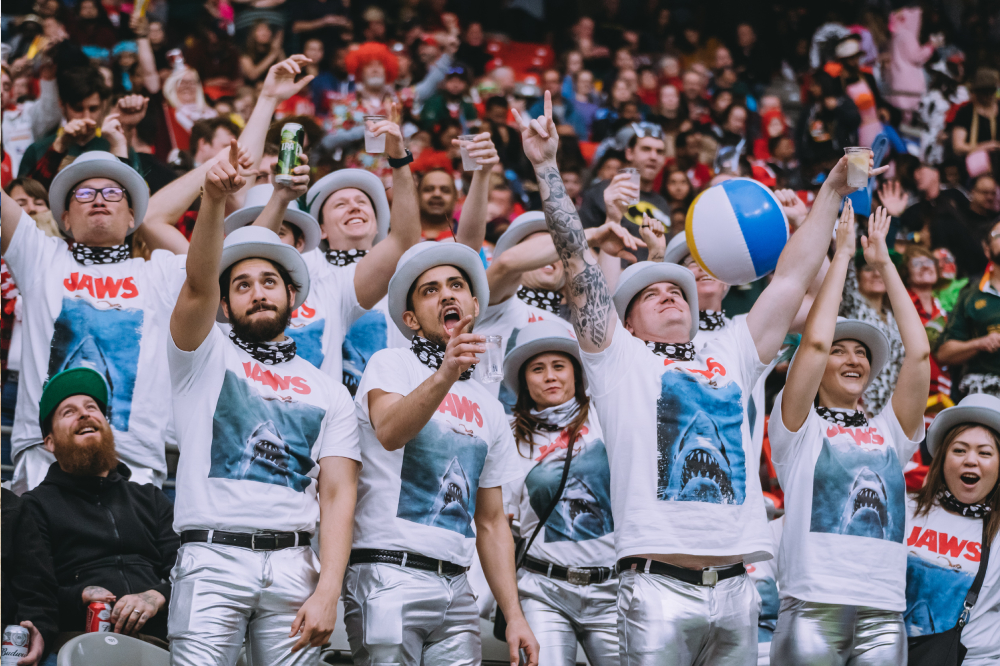 This year’s Sevens is returning to BC Place, the scene of the crime, on Easter weekend from April 16 to 17. The tournament is the largest sporting event in Western Canada and will see the attendance of all the top rugby nations such as Canada, Fiji, South Africa, Australia, Argentina, the New Zealand All Blacks, and more. Organizers expect to see considerably more fans dressed as Batman, Nancy Drew, Sherlock Holmes, and other detectives in an effort to crack the case.

Known as one of the best rugby events in the world, this year’s Sevens is sure to be full of just as many rowdy sports lovers, party-goers, and costume fanatics as always — creating the perfect opportunity for a resurgence from the banana thief. Only at Sevens does a banana blend amidst seas of hungry hippos, the cast of Toy Story, countless Shreks, Big Birds, and many, many tacky tourists. 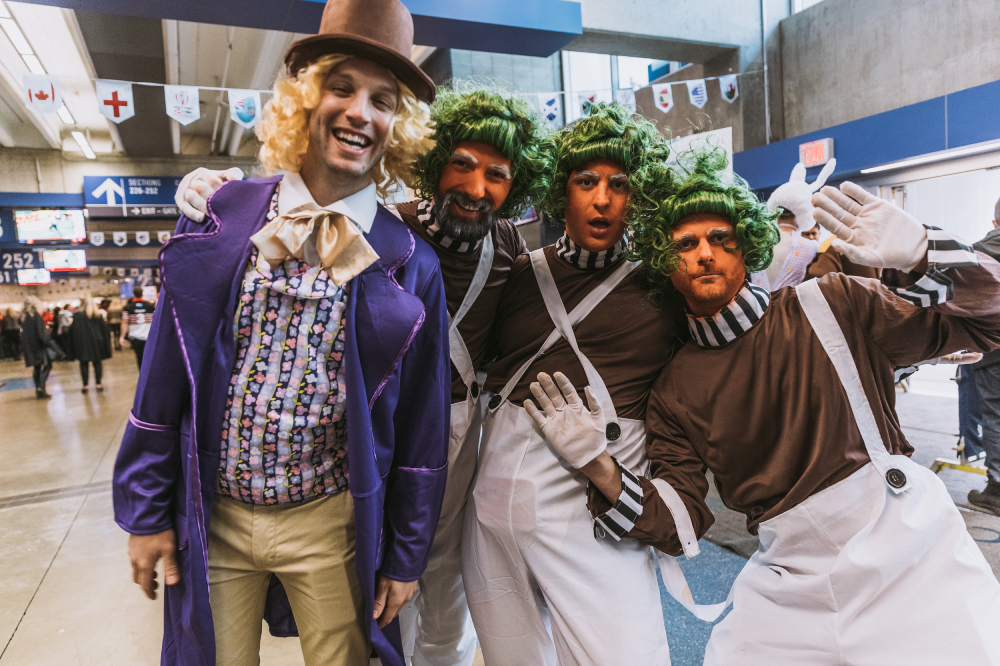 Don’t miss your chance to catch the culprit back in action and put away a bad banana for good. Commence your costume planning and get your tickets for the HSBC Canada Sevens at BC Place on April 16 and 17 at canadasevens.com.