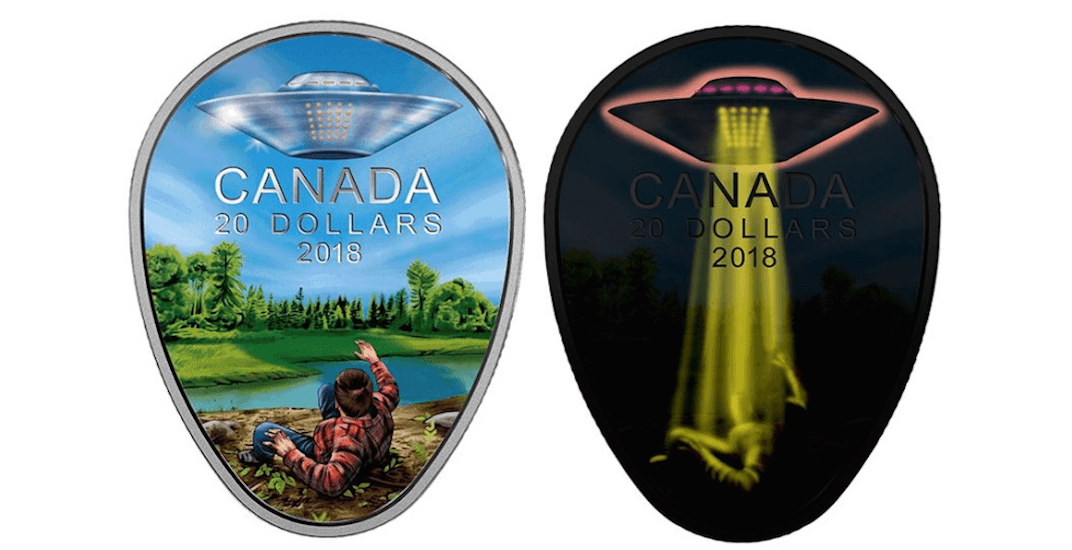 The Royal Canadian Mint released its latest round of collectors’ coins this week.

One of which commemorates Canada’s closest UFO encounter, which took place in Manitoba’s Whiteshell Provincial Park on May 20, 1967. 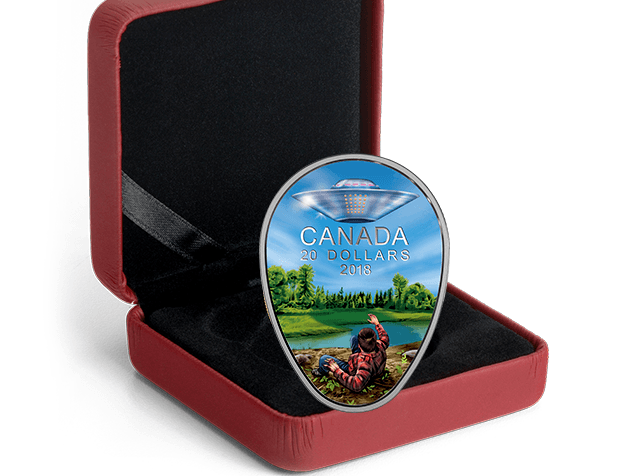 The $20, 1 oz., pure silver coin is shaped like an alien head, not to mention it glows in the dark.

And no, this isn’t a belated April Fools’ joke.

If you’re unfamiliar with this UFO encounter tale, don’t worry, you’re not alone.

According to the Mint, just over 50 years ago, Stefan Michalak went out to look for quartz and silver near Falcon Lake only to discover something more significant.

Michalak saw two strange objects descended from the sky, both glowing with an intense red.

One of the objects landed close enough for him to approach, but when Michalak reached out to touch the object, it took off suddenly and its emission set his clothes ablaze, leaving him with mysterious third-degree burns and an unusual story to tell.

The strange incident has become a popular discussion amongst Canadian extraterrestrial enthusiasts for years, so it’s fitting to celebrate the event with a collectors coin.

The coin is the first of its kind and includes photoluminescent elements and comes with a black light flashlight that activates the coin’s glow in the dark features. 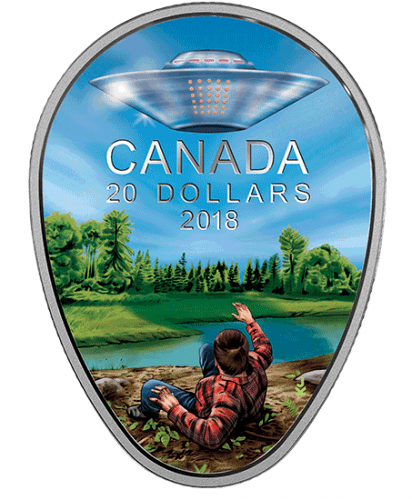 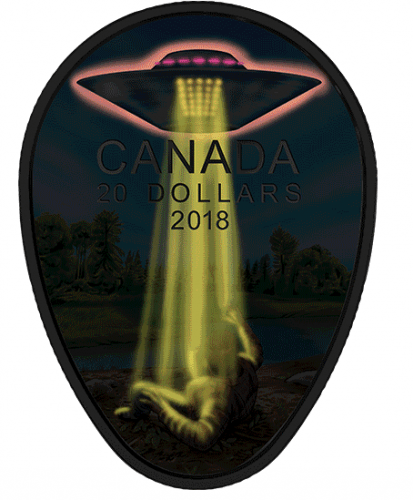 When the coin is lit up, a red and purple glow will appear on the craft, as well as a yellow beam to reflect the blast that Michalak witnessed.

The coin, case, and flashlight can be purchased online for $129.95 here.