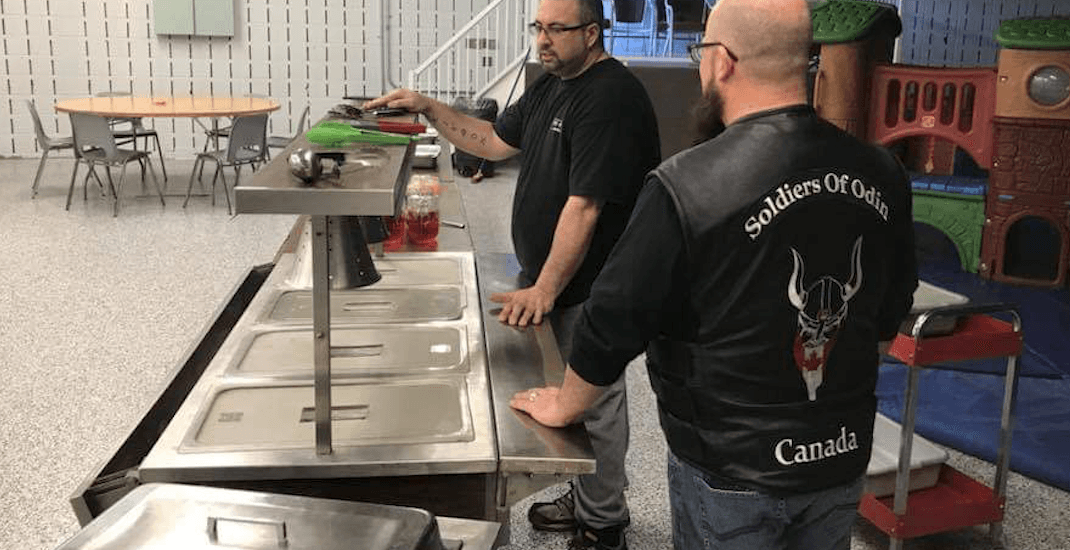 The Royal Canadian Legion says it is “taking action” after learning that far-right group Soldiers of Odin (SOO) organized a community dinner at a northern Alberta branch.

On April 22, the Soldiers of Odin members in Grande Prairie rented out the local Legion’s hall for a community Easter dinner.

According to the Canadian Anti-Hate Network, the Soldiers of Odin are “an anti-Muslim hate group.”

“They were founded in Finland by a self-identifying neo-Nazi who has been found guilty of racially motivated assault,” stated the organization, on its website.

“The first generation of SOO chapters in Canada were led by and included overt white supremacists and neo-Nazis. Since then the SOO has fractured into several groups, including the Sons of Odin, Wolves of Odin, Storm Alliance, and Northern Guard.”

Wade Reimer, president of the Soldiers of Odin Grande Prairie Chapter, confirmed that several SOO members in the city are also members of the local legion.

He said the Easter dinner event was a success.

“We set out to feed some hungry people in the city and there were zero incidents,” he told Daily Hive. 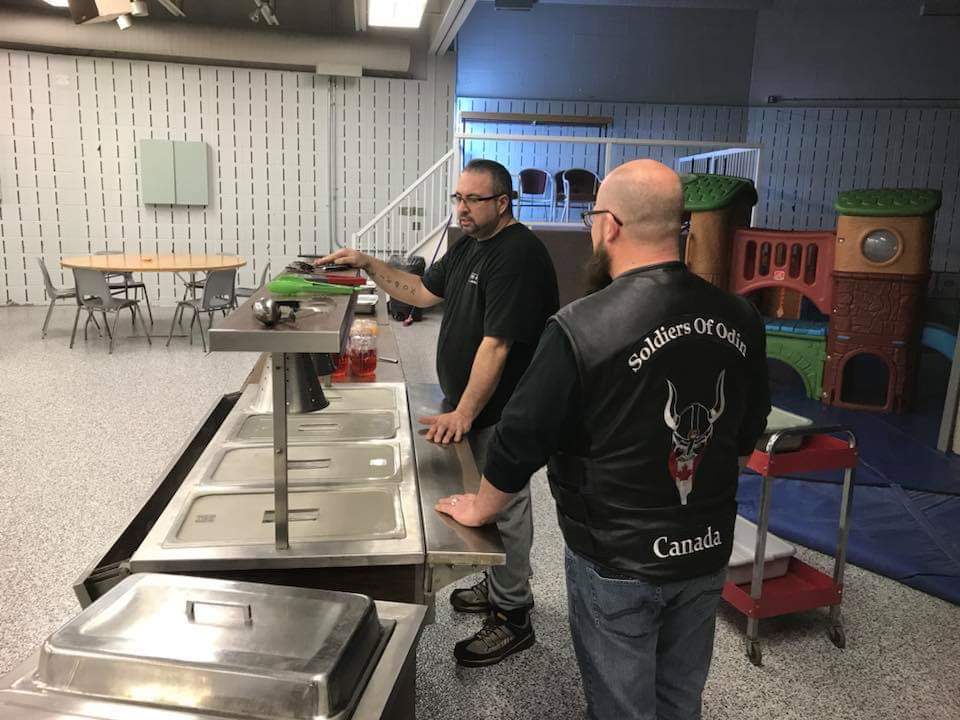 Reimer said the that SOO Canada group is misrepresented. He claims that he and his fellow members are focused on helping those in need in communities across the country.

“This group has set out in the beginning with the most positive intentions,” he said, referencing SOO Canada Charter which states the group is a “pro-Canadian charitable non-profit organization Coast to Coast.” 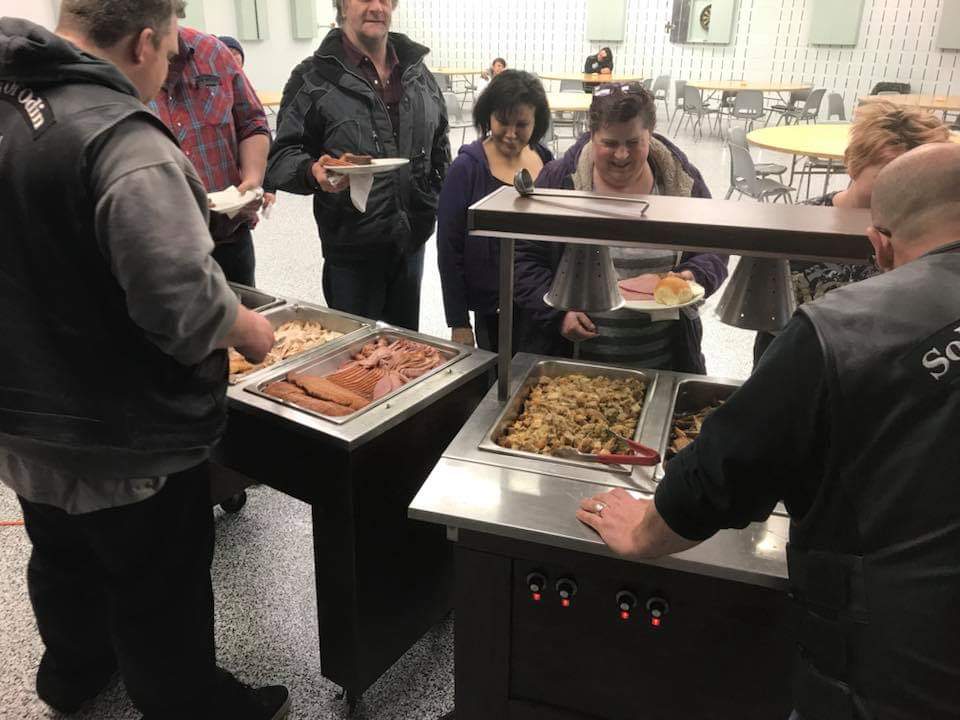 “We plan, fund, and execute charity and volunteer events. We provide safety and
security with ground level support in our neighbourhoods. We organize and
distribute donations to people in need, volunteer for local charity programs, clean
our parks and rivers, and shovel snow for our elders,” reads the group’s mission statement.

Despite SOO Canada claiming to be a community focused group with positive intentions, it has been at the centre of a recent Facebook ban.

“Individuals and organizations who spread hate, attack, or call for the exclusion of others on the basis of who they have no place our services. That’s why we have a policy on dangerous individuals and organizations, which states that we do not allow those who are engaged in offline ‘organized hate’ to have a presence on our services,” a Facebook spokesperson told Daily Hive, in a previous interview.

“The individuals and organizations we have banned today violate this policy, and they will no longer be allowed a presence on our services. Our work against organized hate is on-going and we will continue to review individuals, Pages, groups and content against our Community Standards.”

“The Royal Canadian Legion Dominion Command does not support or tolerate any group or organization whose views or actions are contrary to our values and those of our country. This includes ‘The Soldiers of Odin,'” wrote Irvine in a post on Facebook.

“We acknowledge that National and Provincial Commands are ultimately responsible for enforcing organizational policies to ensure events such as the one at the Grande Prairie Legion do not occur. We are taking action to prevent this sort of outcome in the future,”

Irvine says the Royal Canadian Legion Dominion has a clear policy related to outlaw motorcycle groups and is working to develop a “similar strong and explicit policy against any form of association with any group whose presence is not consistent with the Legion’s General By-Laws and our Articles of Faith.”

Reimer thinks the SOO event at the Grande Prairie branch has been “blown out of proportion.”

“We have all mixed race and colours through our club and our families throughout Canada… we have never turned someone away for there race or religion.”