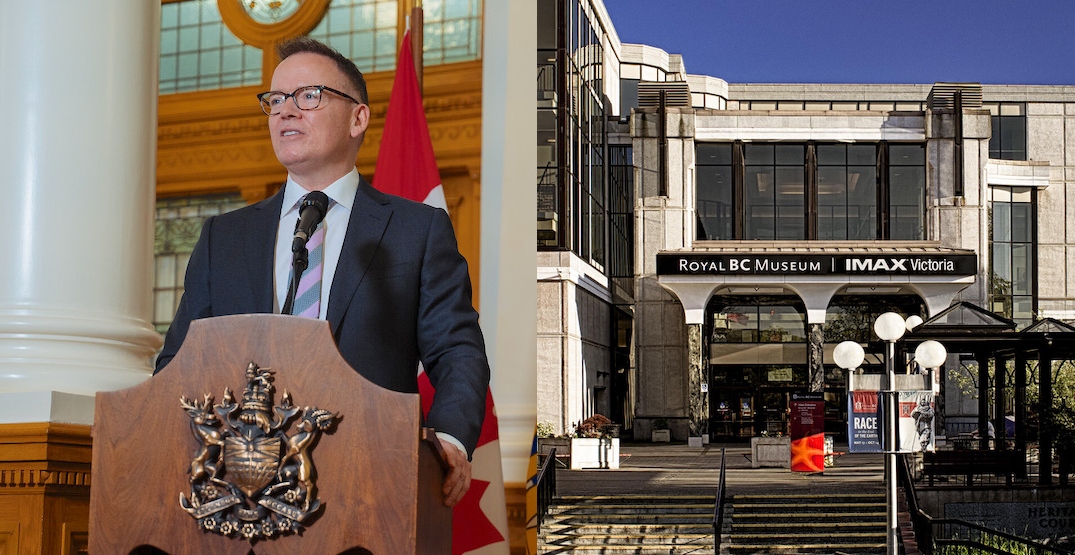 Written for Daily Hive Urbanized by Kevin Falcon, the party leader of the BC Liberals and the MLA for Vancouver-Quilchena.

John Horgan and the BC NDP have announced a brand new billion-dollar mega-museum in Victoria in the middle of an affordability crisis impacting people and families in every corner of our province.

This project is shockingly tone-deaf, poorly thought-out, and must be cancelled immediately.

One-in-five British Columbians don’t have access to a family doctor, walk-in clinic wait times are the worst in Canada, and healthcare workers in our hospitals face burnout and increasing pressure from labour shortages.

The cost of living continues to skyrocket as people in BC face the highest gas prices anywhere in North America and groceries, rents, and housing continue to hit unprecedented highs. All this, as the current system continues to fail society’s most vulnerable, who face mental health and addictions challenges, while six British Columbians die each day from overdoses. In the meantime, crime is out of control with four random stranger attacks every day in Vancouver alone, and communities ravaged by last year’s floods and fires are still trying to get the BC NDP’s attention.

Every single person I’ve spoken to and heard from since John Horgan’s Royal BC Museum announcement wants this project stopped. It’s not that they don’t care about the museum – in fact, unlike John Horgan who says he is tired of it, and sends visitors he doesn’t want to see there – people actually love the museum. What they object to is tearing down a beloved institution and replacing it with the most expensive museum in Canadian history at a time when there are so many other urgent priorities.

Chief Joe Alphonse of the Tŝilhqot’in Nation was right when he said, “The timing for this nearly one billion dollar spending proposal could not be more tone deaf. It is irresponsible of this government to move ahead with this when so many issues remain unaddressed in this province.” Put simply, it’s a vanity project that no one asked for.

Even though no business case has been released, no architect selected, or design started, the BC NDP is planning to immediately harm tourism in Victoria by closing the existing museum for nearly a decade, ripping it down, and spending a billion dollars to build one of the priciest museums in the world. It’s no wonder that people all across British Columbia are asking themselves why this billion-dollar expenditure of their tax dollars isn’t going towards the pressing issues of the day.

When my fellow BC Liberal MLAs and I pressed John Horgan and the BC NDP for the details on this project, they had nothing. No business case. Nothing allocated in the budget. And when we finally got the NDP to promise to release the few details they have last week, they broke that promise and delayed some more.

All we know is that the planned cost of the museum mega-project today, before the inevitable cost overruns that plague all BC NDP government projects, could instead build 7,890 units of affordable housing, more than 400 Urgent Primary Care Centres, or 24 new elementary schools. The BC NDP talk about the museum needing seismic upgrades, but that billion dollars could instead complete seismic upgrades on nearly 70 schools across the province, ensuring our kids safety.

That’s why the BC Liberals have been clear: John Horgan and the NDP must cancel this mega-project and invest in people. British Columbians need help today, whether it’s accessing healthcare or addictions supports, finding affordable housing, or getting some relief from the pain at the pumps so they can get to work or take their kids to soccer practice.

Like so many British Columbians, my two girls love the museum, and the iconic woolly mammoth never fails to inspire awe in both young and old. I have no problem with upgrades and improvements to the museum, but we cannot accept a billion-dollar back-of-the-napkin vanity project pushed through without a thought to the priorities of everyday citizens who are struggling.

It’s time to scrap this project and look after people instead.