Roots Canada’s flagship store is about to undergo a expansion and renovation according to reports from Retail Insider.

The flagship store, which boasts itself as the chain’s second highest-selling store, will expand into a neighbouring retail space at 789 Burrard, formerly a currency exchange business. The expansion will slightly increase the store’s current 4,000 square foot size, making it a little over half the size of the chain’s largest store dubbed ‘Roots Central’ in Toronto’s Eaton Centre.

The store will also be renovated: a recent rendering of the proposed upgrades sees the store getting a more modern and attractive facelift.

Located at Robson and Burrard, the Roots flagship store currently occupies the north-west corner of the intersection and resides amongst heavyweight retailers like the second largest Victoria’s Secret in the world and the Lululemon flagship store.

The expansion is currently underway with renovations and upgrades scheduled to begin following the summer tourist season in the fall. 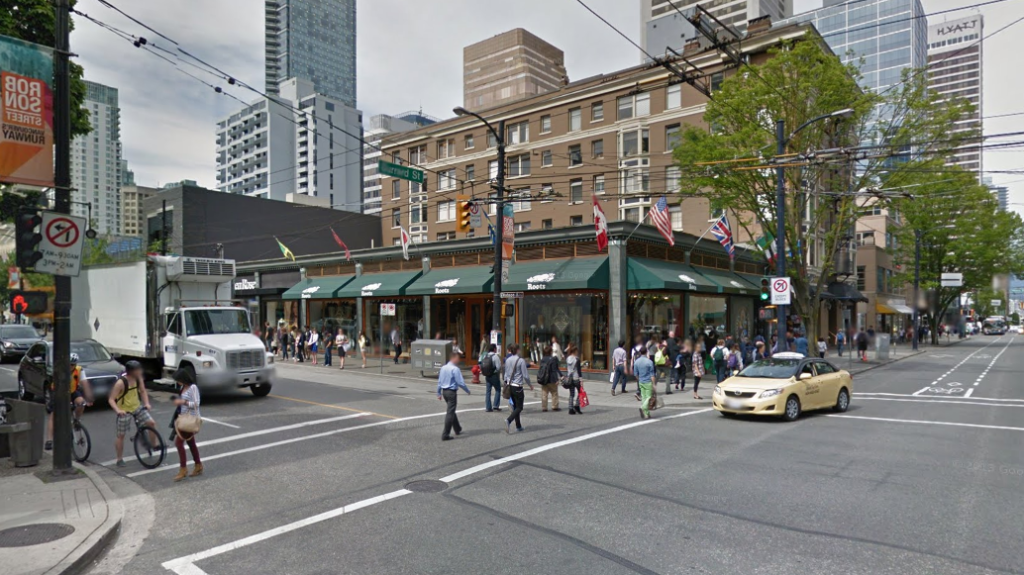