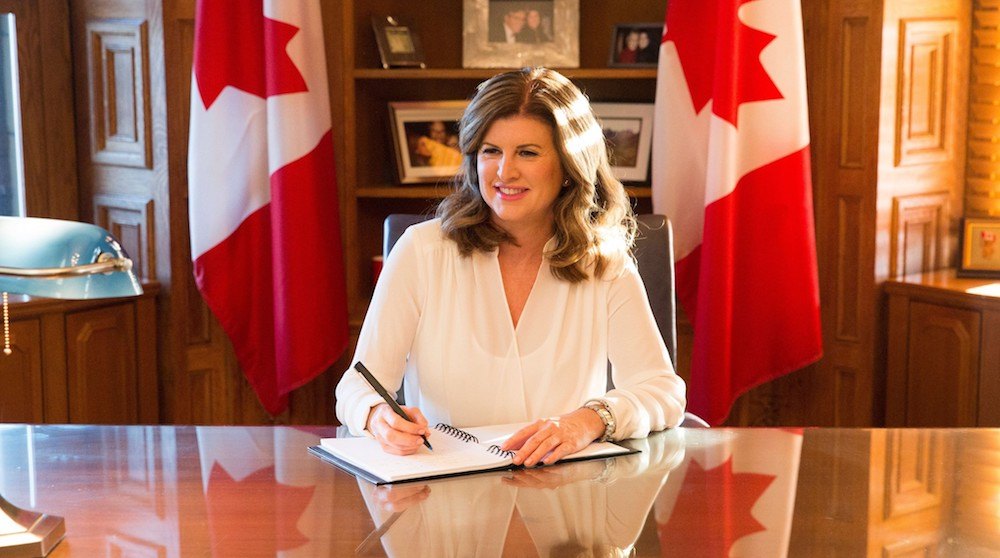 Interim Leader of the Conservatives Rona Ambrose is leaving politics.

Ambrose, who has been an MP in Edmonton since 2004, has announced that she will be stepping down from her seat after the House rises for the summer. As she addressed a crowd in Ottawa on Tuesday morning, she told said that this would most likely be her last public speech before she starts her “post-partisan” life.

In her speech on Tuesday, she said that “The Conservative Party is going to be in great hands,” no matter who wins the upcoming leadership for the party later this month.

“As my time as Leader of the Conservative Party of Canada – Parti conservateur du Canada comes to an end, I think it’s important to look forward,” she said in a statement. “It truly has been the greatest honour of my life to serve in the House of Commons, something I never dreamed could have happened.”

Ambrose said that the time is right for the next generation of leadership to seek election to Parliament in Sturgeon River-Parkland.

“We are strong, focused and united. And there was no guarantee that it would be this way,” said Ambrose at the end of her speech. “We have clearly shown that Justin Trudeau can be beat in 2019.”

Watch her full speech below.