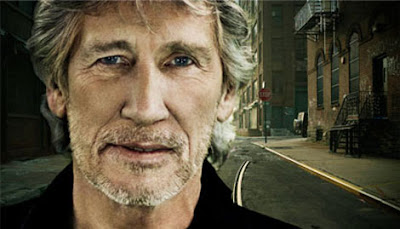 If I had to pick a show of the year before the year was even half over, I’d have my answer before you could finish asking. Roger Waters performs The Wall – the amazing, great, legendary, iconic and co-founder of Pink Floyd will be touring and reprising his remarkable ground breaking, record breaking, concept album “The Wall” from start to finish.
This will not be the first time Roger Waters has done the album in its entirety, after the Berlin Wall fell in 1989, Waters and friends took to Germany to perform his monumental masterpiece. Never before though has he toured with it and one can only imagine the scale it will be set at compared to 20 years ago. Roger Waters promises all the fixings from that performance, the schoolmaster, the flying pig, The Wall literally crumbling down in front of him but he says it will be more political (not sure how that is possible?!) this is the second time he has toured an entire album, a few years ago he made his way around the world to perform “Dark Side of the Moon” in whole and received critical acclaim everywhere he went with an amazing visual and kick back to the 70’s when Pink Floyd was the biggest and best rock band around.
Now he may not have the original members of Pink Floyd with him but you can be sure he will have top notch musicians to back him up and will be selling out stadiums left and right, even with outlandish ticket prices as high as 700 dollars.

Regular tickets go on sale today and will cost anywhere from $60-$250, depending how close you want to be to what will surely be a once in a lifetime experience.