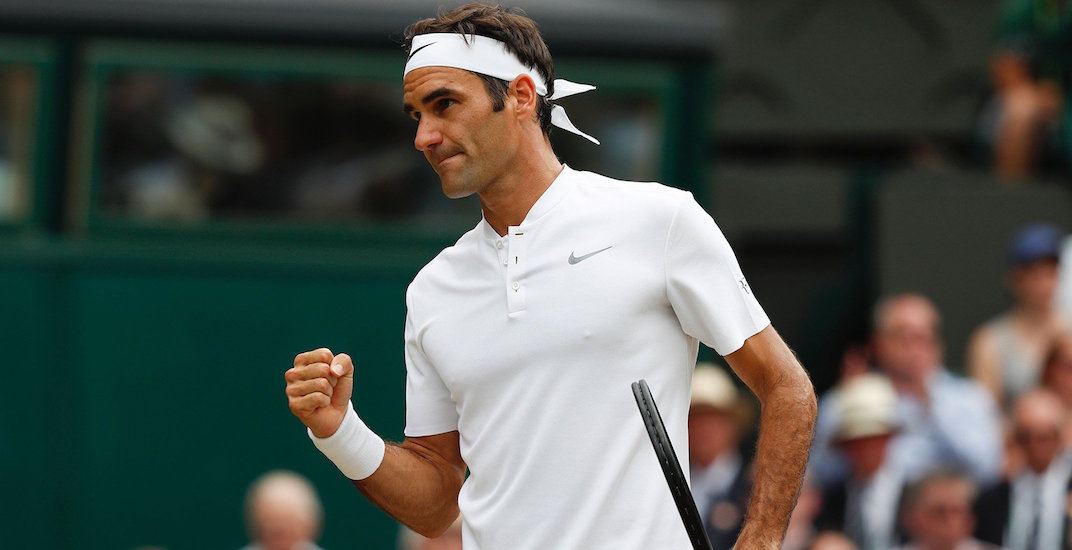 Will it be Roger’s Cup again?

Tennis Canada has confirmed that Roger Federer will play in the Rogers Cup, which begins this week in Montreal. This could be the last opportunity for Montrealers to see the legend in action.

Of course right now he looks like he could play until he’s 50.

The 19-time Grand Slam champion, fresh off his eighth Wimbledon title, will play in Montreal for the first time since 2011.

“I’m happy to be coming back to Montreal, as I have not had the chance to play there for many years,” Federer said through a press release. “This 2017 season has been very exciting and I am really looking forward to being back on the court on the ATP Tour.”

It’s been a resurgent season for the Swiss tennis legend, who turns 36 next week. The record holder for most Grand Slam titles in men’s tennis added two more this season. This year’s Australian Open and Wimbledon titles were the first Grand Slam wins for Federer since 2012.

The No. 3 player in the world also won at Indian Wells, Miami, and Halle this season.

“We are obviously very happy to announce the return of the great Roger Federer, said tournament director Eugene Lapierre. “We are celebrating today and the celebrations will continue over the next few days especially since Federer will celebrate his birthday with us on August 8. I am certain that the Montreal fans will give him the welcome he deserves.”

Federer has won the Rogers Cup twice in his career, both times coming in Toronto, in 2004 and 2006. This year’s men’s tournament will take place August 4-13 at Uniprix Stadium in Montreal, while the women’s tournament takes place in Toronto August 5-13 at Aviva Centre.