Rock and Roll Legends, Stevie Nicks and Rod Stewart rolled in to Vancouver’s Rogers Arena on the second to last stop of The Heart and Soul Tour 2011 and with exceptional performances from both, turned Good Friday into a very good Friday. Vancouver in return treated both of them to a warm west coast welcome and filled Rogers arena with excitement and adoration. Concert goers were treated to an entertaining three hour concert packed with hits spanning both performer’s stellar careers. 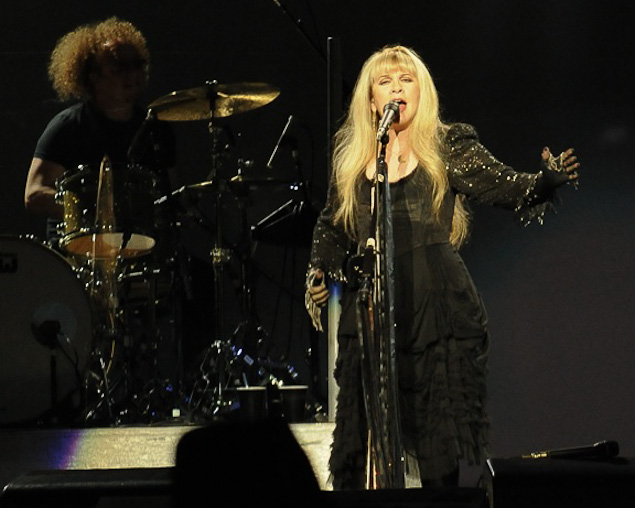 The show opened with Rod Stewart introducing Stevie Nicks to the stage for the opening set. Dressed in her trademarked flowing black dress and leggings from Fleetwood Mac days, it was only her blonde locks and the glittery foil around her black laced gloves that stood out from the crowd. Always commanding, Stevie sang for her fans and set the tone for the evening! Upon introducing “Landslide”, Stevie shared with the crowd the reasons why she had stopped playing the song years ago but had decided to bring it back for her fans and as images of her childhood transitioned over the big screens around the stage her rendition of Landslide was nothing less than captivating. 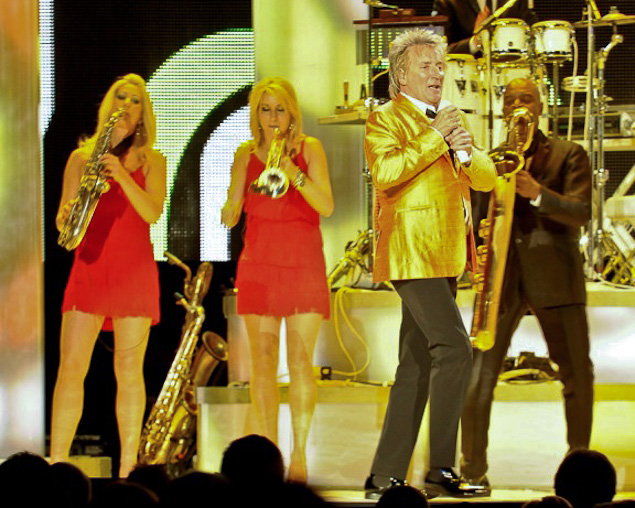 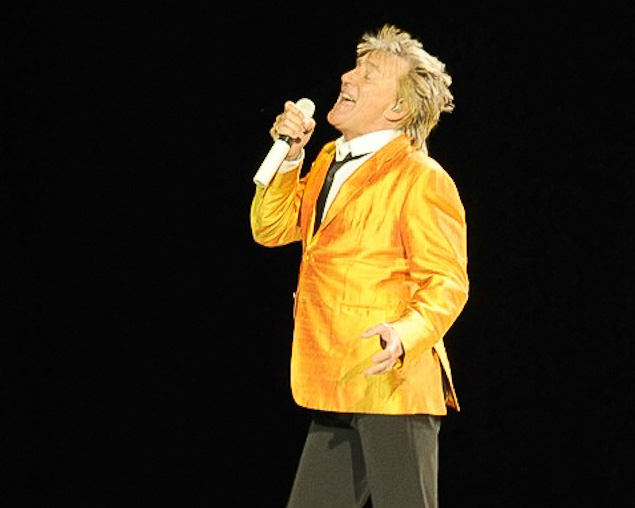 The second half of the show, of course, belonged to Rod, who was visiting Vancouver with a career that has spanned five decades. As a Rock and Roll ‘Hall of Famer’, his years of success were obvious. He effortlessly commanded the crowd, opening and closing the show with his signature line,’Do You Think I’m Sexy’. Over the hour and half set he played many of the old favourites such as ‘Maggie May’, ‘Forever Young’, ‘Downtown Train’, ‘A Reason To Believe’, ‘This Old Heart Of Mine’, and ‘Hot Legs’. It reminded me that it’s no small feat for a performer with so many hits to condense such a long and successful career into one hour and half hours of music. But despite this difficult task he still made time to bring Stevie back to the stage to perform duets with ‘Love Train’ and ‘Tonight’s The Night’. With the recent release of Fly Me To The Moon, this tour was a great opportunity for him to remind the world that he is still a force to be reckoned with. Always a class act, Rod dedicated,’Rhythm Of My Heart’, to all the past, present and future servicemen and also acknowledge the 70th anniversary of Dunkirk. And as ever, Rod remains a loyal Celtics fan, never afraid to remind his fans of that fact. I was certainly impressed that at the age of 66, Rod Stewart can still sing ” Hot Legs” and kick a soccer ball into the upper deck of Roger’s Arena! Seeing that alone was almost worth the price of entry. 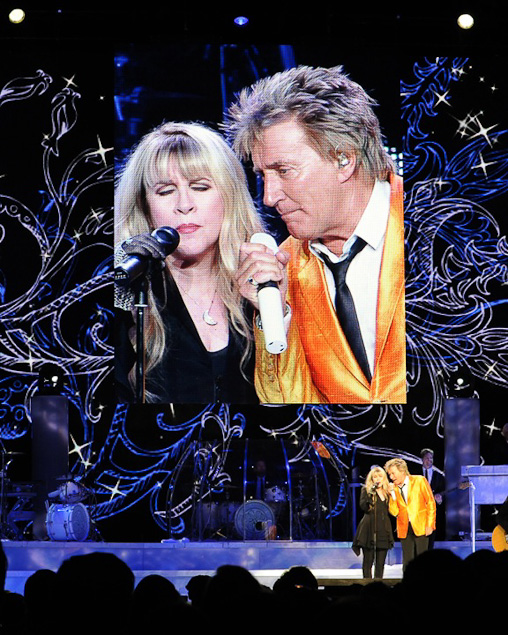