Want to lock in your New Year’s Eve plans early? This year, the Hard Rock Casino Vancouver is hosting a night that will not only let you rock out, but make you proud to be Canadian.

On December 31, Canadian icons Trooper will perform hits like “Raise a Little Hell,” and “We’re Here for a Good Time,” as they rock in the New Year at the Hard Rock Casino Vancouver. Started by Vancouver vocalist, Ramon McGuire and guitarist, Brian Smith,  Trooper formed in 1975. They went on to sell over two million albums, have two double platinum albums and be the first Canadian band to tour from coast to coast. Along with McGuire and Smith, the group’s line-up consists of keyboardist Gogo, bassist Scott Brown and drummer Clayton Hill. 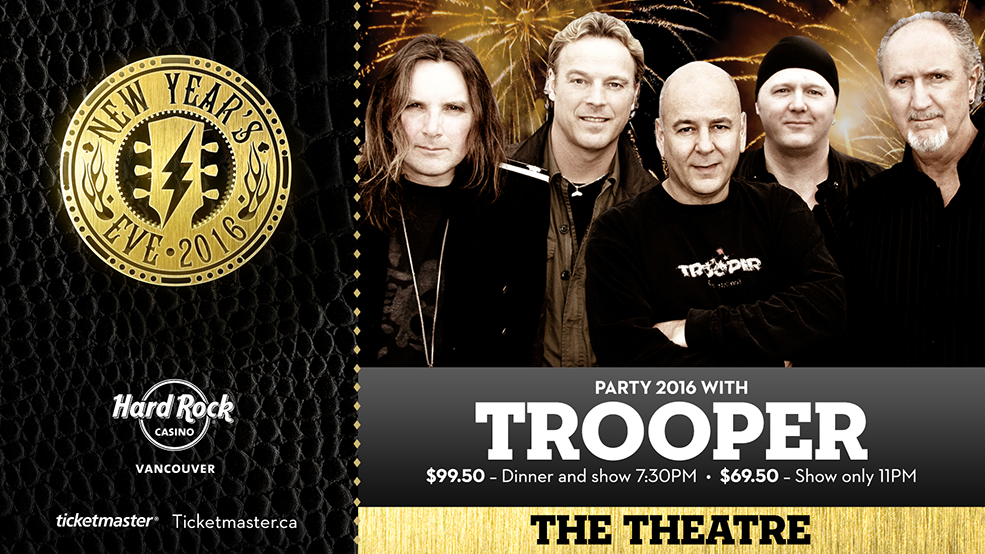 Alongside Trooper, Colin Wiebe, a Vancouver singer and song writer, will be preforming on the Hard Rock Casino Vancouver’s Asylum Sound Stage. He’ll be joined the The Canadian Classic Rock Allstars, a band that is guaranteed to play all your favourites, the songs you grew up with and that you know by heart. 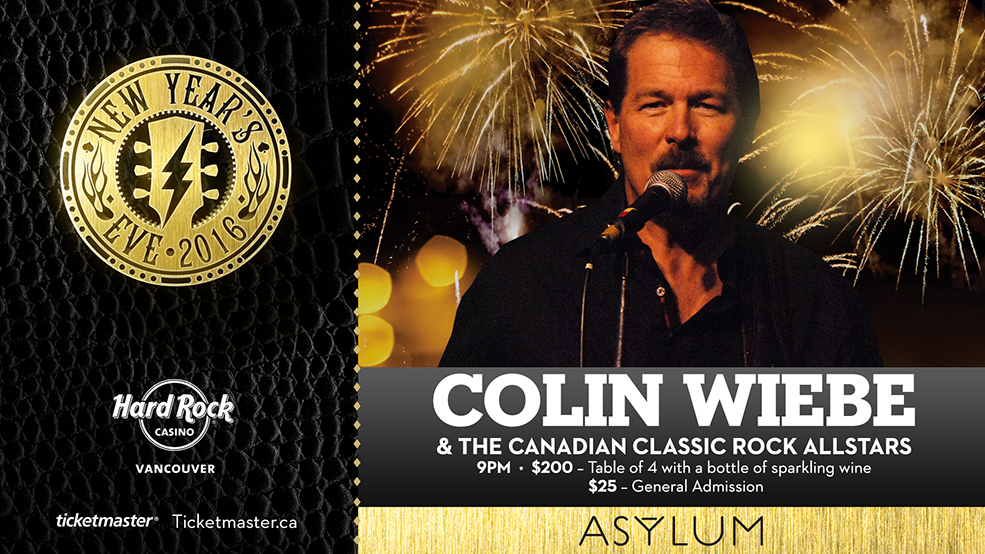 Don’t stress over New Years plans. A night at the Hard Rock Casino Vancouver, plus these three memorable events, guarantees a New Year’s Eve that you’ll be talking about for years. Get tickets at HardRockCasinoVancouver.com.