The French Connection on Robson Street in downtown Vancouver closed its doors on the weekend of January 16. American retailer Eddie Bauer will replace the 3,150-square-foot retail space and open in the spring at 1150 Robson Street. 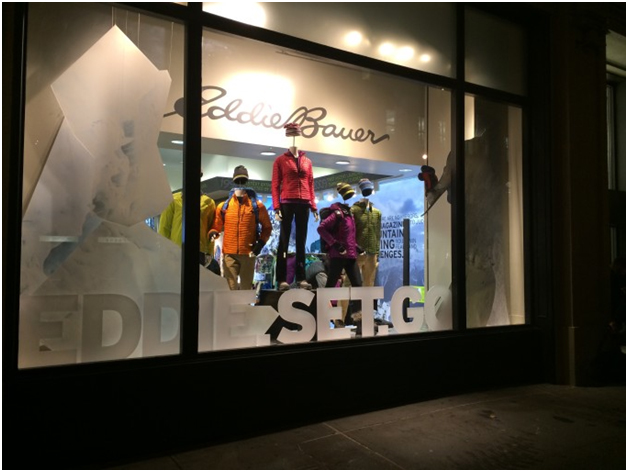 Robson Street will be one of two Canadian street-front locations for Eddie Bauer, with the other being on Government Street in Victoria. The Toronto location has closed to make way for the expansion of the neighbouring Holt Renfrew. 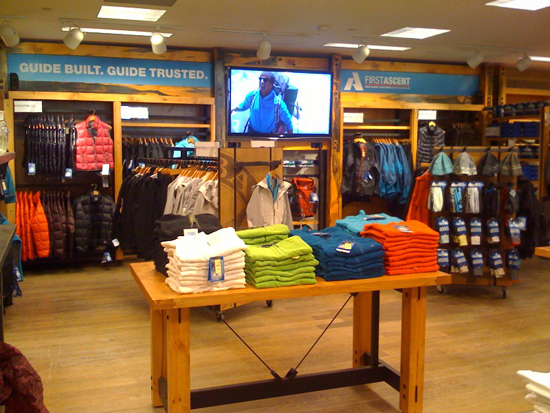 Eddie Bauer is a household name in Canada and offers quality clothing, accessories and gear for men, women and kids that complement the west coast outdoor lifestyle. Their product line contains classic outerwear, casual denim and khakis for the whole family.

The French Connection store closing is timely because according to Martin Moriarty of the CBRE Urban Retail Team, that portion of Robson Street is becoming something of an “athletic/outdoor apparel destination”.

Eddie Bauer is joining New Balance, Sketchers, and athletic heavy hitter Nike, which will open in 2016. It will be replacing the former 4,000 square foot Mexx location at 1119 Robson Street. Mexx closed in 2014 as part of a company bankruptcy.

Moriarty also notes that there is strong interest from international retailers on filling the nearby now-vacant tenant space previously occupied by Joe Fresh and American Eagle.

“This transaction, amongst others, underlines the continuous strength of Vancouver’s Robson Street market,” Moriarty told Vancity Buzz. “With Nike, Aritzia and Ladurée all to open Robson flagships on the 1100 block shortly, we are confident of the block’s evolution and long term vision.”