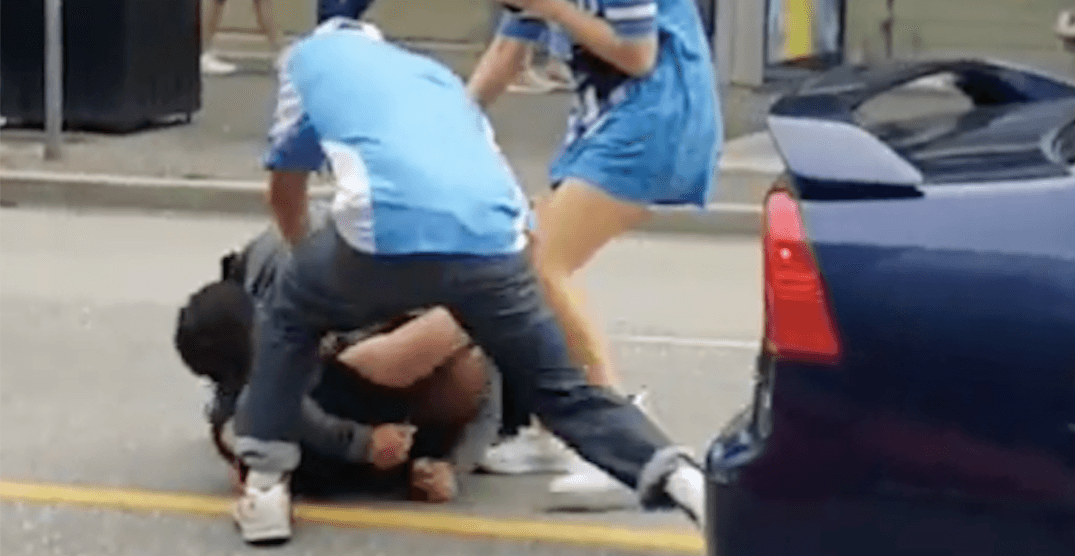 A fight in the middle of Robson Street recently was caught on video, and resulted in a police response as well.

In the video, which was shared on Instagram, a woman can be heard yelling “stop fighting,” and “fight fair.”

Eventually, another man steps into the mix in an attempt to break up the three-person incident, and ultimately succeeds in doing so, before two of the people involved get back in their car.

While there is no clear indication of what exactly started the fight, Vancouver Police confirmed with Daily Hive that officers had been called to the scene and investigated the incident.

“The people involved were stopped by the VPD and questioned,” said VPD Sgt. Aaron Roed.

In the end however, no arrests were made, and “each of the parties involved did not want to pursue any criminal investigation,” he added.