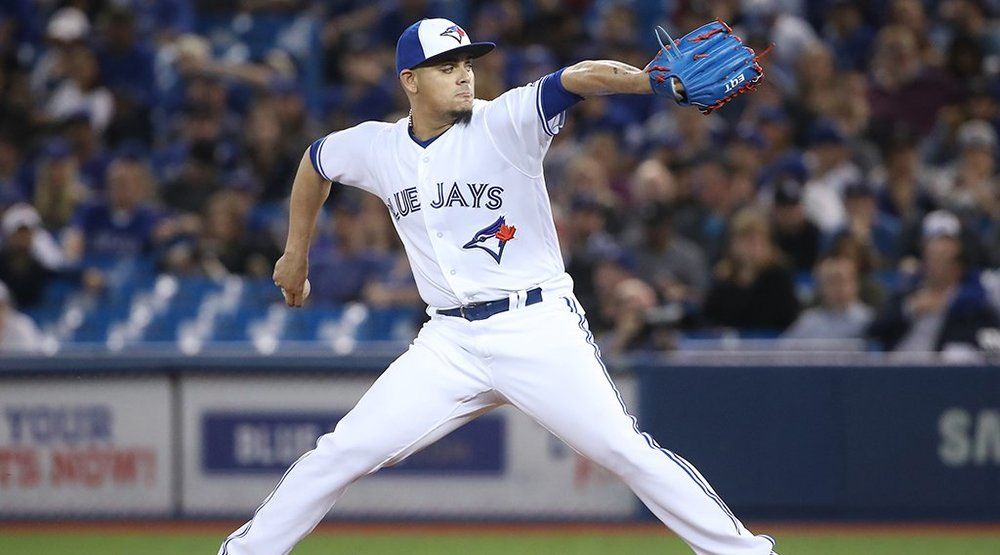 Roberto Osuna is in trouble with the law, as reported by The Athletic and Sportsnet.

The Blue Jays closer was reportedly arrested Tuesday morning by Toronto Police and charged with assault on a woman.

Police source confirms Roberto Osuna was charged with domestic assault (girlfriend) and released on his own recognizance.

More details about the incident aren’t yet known.

In the meantime, Major League Baseball has put Osuna on administration leave.

“MLB takes all allegations of this nature very seriously,” MLB said in a statement. “We are investigating the circumstances and have placed Roberto Osuna on Administrative Leave in accordance with the Joint MLB-MLBPA Domestic Violence Policy.”

“We are aware of the incident involving Roberto and fully support the decision by the Commissioner’s Office to place him on administrative leave,” the Blue Jays said in a media release. “We are taking the matter extremely seriously, as the type of conduct associated with this incident is not reflective of our values as an organization. As this remains an ongoing investigation by Toronto Police, the Club will not comment further on the matter.”

Osuna came to Toronto in 2015 after four years playing in the minors, which included a brief stint with the Vancouver Canadians.