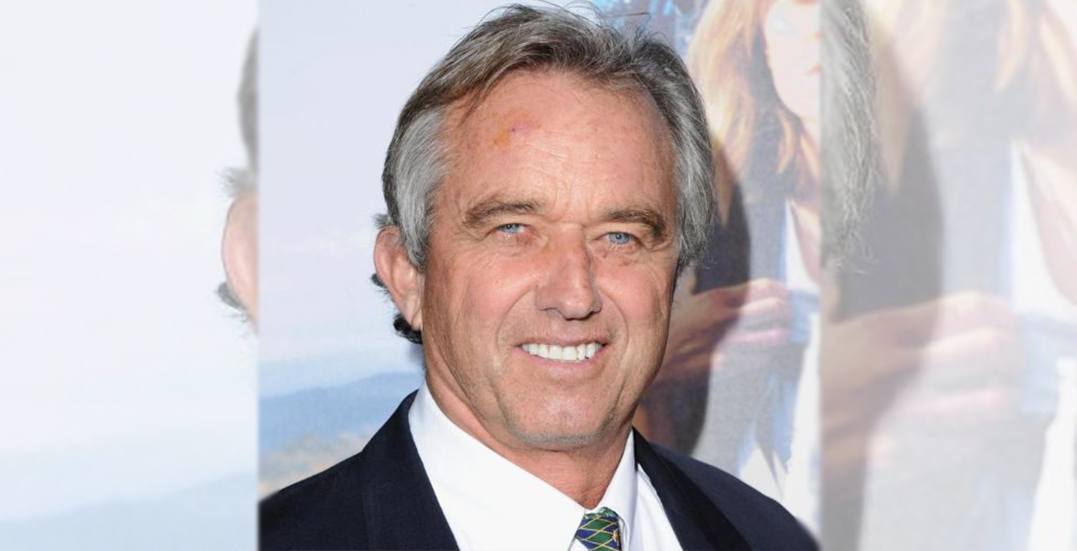 The nephew of former President John F. Kennedy is scheduled to speak at an upcoming Surrey Board of Trade (SBoT) event, but some are questioning the board’s decision given his well-known views on vaccination.

On Tuesday, September 17, Robert F. Kennedy Jr. – son of former New York Senator and US Attorney General Robert F. Kennedy – will be the keynote speaker at the 13th Annual Surrey Environment and Business Awards Lunch. He is described by the SBoT as  “an agent of change among environmental activists.”

Kennedy is a co-founder and President of Waterkeeper Alliance, an environmental protection organization focused on the preservation and conservation of water resources, as well as a partner in Silicon Valley’s VantagePoint Ventures Partners’ CleanTech investment team.

But Kennedy is also a Jr. Chairman on the board of an organization called Children’s Health Defense, a predominantly anti-vaccination group.

And in a column recently published by Politico, members of Kennedy’s family call him dangerous over his anti-vaxx stance.

“On vaccines he is wrong,” the column – jointly written by Kathleen Kennedy Townsend, Joseph P. Kennedy II, and Maeve Kennedy McKean – reads. “His and others’ work against vaccines is having heartbreaking consequences.”

Kennedy’s stance on the subject has left some people questioning the SBoT’s decision to have him as the keynote speaker – even calling the decision, “tone-deaf.”

This is a completely tone deaf choice. Hard to believe you could have gone more off the rails. Still time to change it and get it right.

Nothing visionary about anti vaxxers !

More like Surrey Board of Trading Easily Preventable Diseases.

Of all the “visionary environmental activists” available, surely you could find one that understands the science of vaccines…. This is a disappointing move @SBofT

This is a poor decision.

Saw him speak years ago. Compelling on environmental issues BUT HAS to be disqualified due to anti-vax quackery. Especially dangerous because he is otherwise thoughtful and articulate, as well as being extremely well connected/resourced obviously.

as a resident of surrey, a nurse, and public health professional, i vehemently oppose my tax dollars and a platform be given to someone whose anti-vaccination efforts have contributed to disease outbreaks!!

@SBofT please reconsider @RobertKennedyJr. Let’s not add to his ridiculous platform on medical issues that he knows nothing about. At least let’s show we learned something from the latest measles outbreak. #VaccinateYourKids #VaccinesSaveLives

This is not a good look for you.

In response, the SBoT said Kennedy’s personal views and position on vaccination are unrelated to the event – or his invitation to speak at it.

“Our pipeline position is in direct opposition of his position,” said SBoT CEO Anita Huberman.

Huberman told Daily Hive that Kennedy was invited to speak on certain topics listed in the event description – not on vaccination.

Kennedy, she furthered, was selected as the keynote speaker “to speak to environmental policy, water resources, and his linkage to Silicon Valley, as Surrey is developing into a clean tech hub.”

Still, “speakers that support causes are beyond our control,” said Huberman.  “He was not invited because the Surrey Board of Trade agrees with all of his positions, but because he is a world renowned environmentalist who will bring a perspective that will make people think.”

At the end of the day, Huberman said she believes “we need to be an organization that invites healthy dialogue and different points of view, and Robert Kennedy Jr. is a person that certainly will do that.”

For his part, Kennedy tweeted that he’s “excited to speak at the Surrey Board of Trade Environment and Business Awards this September to share why Environmental Policy Equals Good Business Policy.”