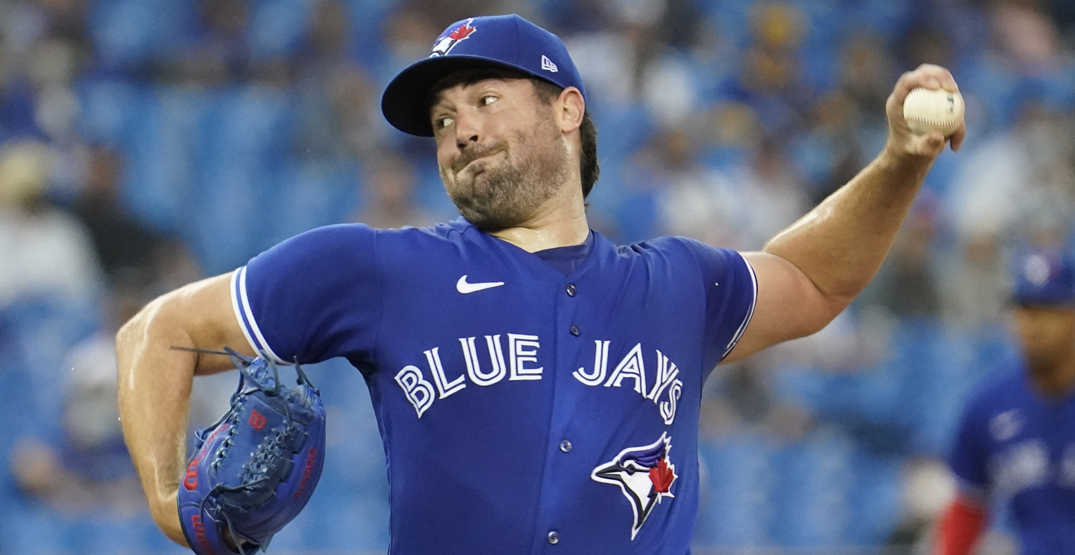 One week ago, the chatter surrounding Robbie Ray’s Cy Young chances was dull. But after two stellar back-to-back starts, the odds for the Blue Jays left-hander have skyrocketed.

Ray put forth another stellar performance for the Blue Jays in a gusty 3-1 win to keep Toronto’s playoff hopes alive. He matched a career high 14 strikeouts over seven innings of work against the Chicago White Sox.

The 29-year-old’s renaissance keeps getting even better as Ray put forth his 19th quality start in 25 starts for the Blue Jays this season. No disrespect to Hyun-Jin Ryu, but Ray has been the ace of the staff this year.

Signed for just a mere $8 million, Ray is one of the best free agent pitching bargains in baseball this year, which he’ll parlay into a big payday this winter when he hits free agency.

Another notch in Robbie Ray's belt tonight – he becomes the fifth pitcher in Blue Jays history to record 14 or more strikeouts in a single game.

With his AL-leading 192 strikeouts in 25 games, he’s also on pace to finish near the top of the franchise leaderboard for strikeouts in a single season for a Blue Jays pitcher. Clemens owns that record with 292 K’s in his 1997 Cy Young season.

Most strikeouts by a Blue Jays pitcher through their first 25 games in a single season:

At this rate, if Ray hadn’t already started turning some heads among American League Cy Young voters before, his latest dominating start should put him on their radar.

With the most strikeouts in the league and the second-best ERA in the AL, it’s hard to argue that he’s one of, if not the best starting pitcher in the junior circuit this season.