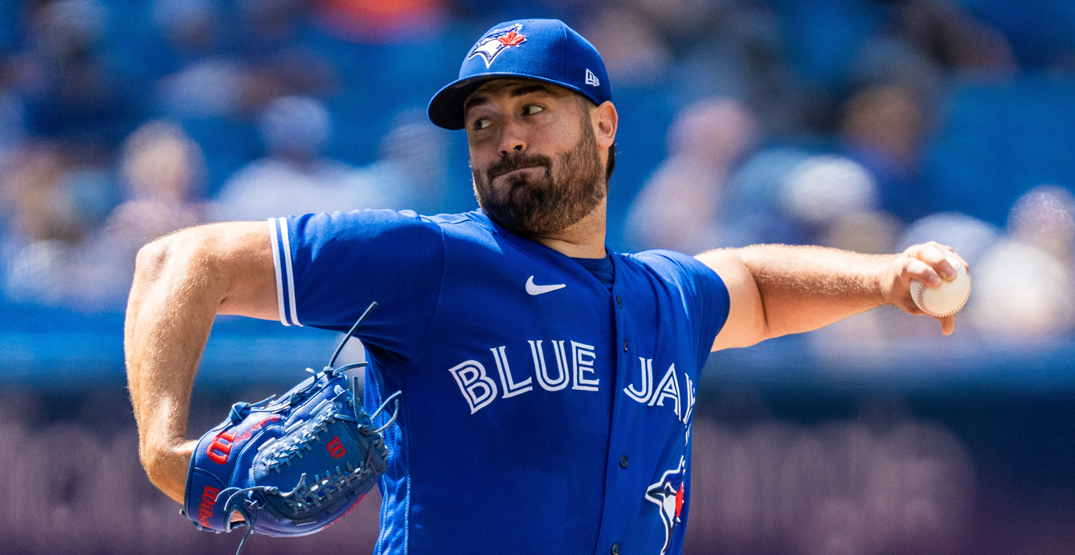 The Toronto Blue Jays as a team are having an up-and-down season (more down than up as of late), but one of their most unheralded pitchers is enjoying the season of his career.

At 29 years-old, Robbie Ray is having a renaissance with the Blue Jays. Acquired at last season’s trade deadline with little fanfare, Ray was the very first free agent out of the gate to sign last winter, returning to the Blue Jays on a one year, $8 million deal.

Considering value for dollars, it might be one of the most team-friendly contracts for a starting pitcher in 2021. The man who once led MLB in strikeouts per nine in 2017 and was named an All-Star that year tumbled mightily just a few years later. Ray fought his control last year with the Diamondbacks and the Blue Jays, leading MLB in walks last season.

In 2021, not only have the strikeouts bounced back to his career norms, he’s barely walking a soul, sporting a 6.7% walk rate. Understandably, some of the pandemic season stats should be thrown out the window, but he sliced his walk rate by 11.2% year over year.

Those factoids alone would be good news for the Blue Jays, but there’s one other thing. Ray is actually having an under-the-radar Cy Young-calibre season. Practically no one mentions his name among the front-runners as the best pitcher in the AL, but Ray’s numbers don’t lie.

Win-loss record aside, Ray is in the top three in two of the three big counting stats like strikeouts and ERA (bested only by Lance Lynn in the ERA department and Gerrit Cole in strikeouts).

Slice and dice Ray’s season however you like, he’s among the top 10 for American League starters in innings pitched, strikeout rate, walk rate, and WHIP. Baseball Reference’s WAR metric ranks him as the best pitcher in the AL, while FanGraphs WAR has him 11th.

With the reigning Cy Young Shane Bieber on the injured list and Gerrit Cole and the Yankees sitting pretty in a Wild Card spot, that leaves little spotlight for an under-the-radar candidate like Ray.

While he deserves to get some Cy Young votes, Cole will garner some votes on his reputation alone, while arguably having a second-rate season compared to the Blue Jays left-hander. Pound for pound, Ray has been better than Cole this year.

But the Yankees have soared into a playoff spot, the Blue Jays are on the outside looking in, and with the lack of a clear-cut Cy Young front-runner, the tie often goes to an incumbent, which is Cole (who finished fourth place last year).

But there’s one interesting X factor to consider in this year’s Cy Young voting consideration: MLB’s ban on sticky stuff. Enforcement against foreign substances used by pitchers took effect back on June 21, and Cole’s name was one of the biggest headliners among pitchers who may or may not have been using something “extra.”

And since June 21, Ray leads American League starting pitchers with a 2.15 ERA and he owns the second-most strikeouts over that span. This is one pitcher who clearly didn’t feel the effect of the sticky stuff ban.

Ray will garner some Cy Young consideration, but because of several factors, he will most likely fall short and at least finish within the top three of voting.

At any rate, he’ll parlay this renaissance season into once heck of a payday as a free agent, whether that’s from the Toronto Blue Jays or one of the other 29 teams around baseball.