Zombie’s show was what one would imagine the entertainment on a cruise ship in hell would look like. Skeleton microphone stands, various animatronic monsters and video projection that featured characters from Bela Lugosi to Charles Manson served as the set for a band that would win first prize in the costume contest at even the most extravagant Halloween party. And the visual smorgasbord was only half the fun. Rob Zombie and his band of creatures delivered a solid 70 minute set, which included songs from his most recent album ‘Hellbilly Deluxe 2’ and hits like ‘More Human Than The Human’ from the ‘White Zombie’ era. 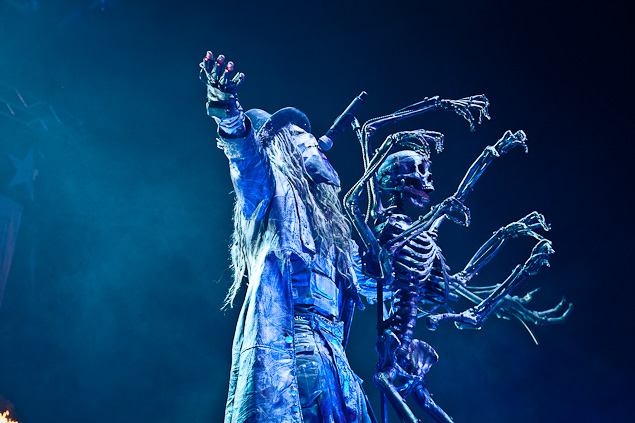 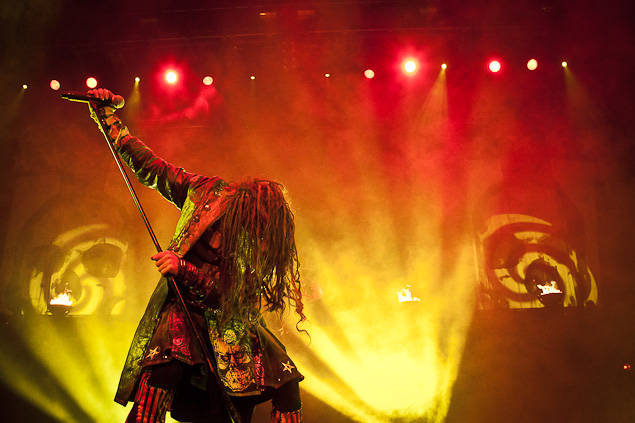 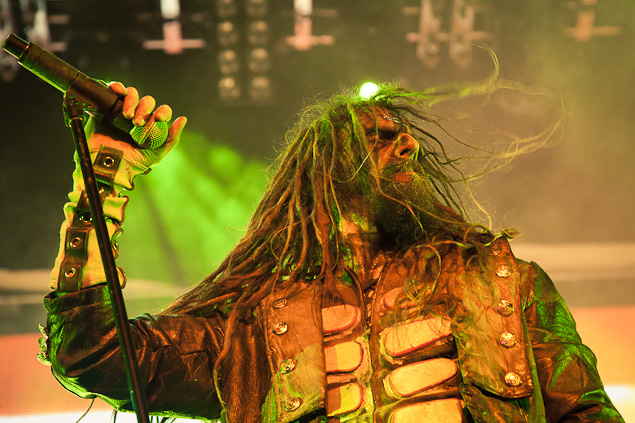 The band also paid an homage to their hosts by coming back to perform the encore song ‘Dragula’, dressed as what can only be described as Canadian crusaders, wearing long robes with Maple Leafs instead of crosses and Johnny 5, the band’s amazing guitar player (who incidentally could have been auditioning for the role of The Joker in the next Batman movie), literally licked the Canadian anthem on his guitar.

The main event was much simpler in appearance but certainly didn’t lack for anything in impact. Slayer really didn’t need much else beside the four guys on the stage and a wall of Marshal amps to turn the arena into a Thrash Metal temple. Dave Lombardo, was barely visible behind his massive drum kit, but the thunderous rapid fire he delivered throughout the whole set was proof enough that the “Godfather of double bass” is still one of the greatest drummers in the world. Keri King, who managed, without any make up, to look scarier than all of Rob Zombie’s posse put together, performed his solos with surgical precision and Gary Holt, Exodus guitar player replaced Jeff Hanneman who is taking a break because of a horrible flesh eating disease with a very Heavy Metal name: Necrotizing Fasciitis.

The frontman, Tom Araya, who turned 50 this year might have appeared much calmer compared to his early years when each break in the lyrics was filled with headbanging but his voice was as powerful as ever. The opening scream in ‘Angel of Death’ sent shudders through the crowd. Between songs Araya didn’t say much, he just stood there smiling and looking at his faithful followers before starting off another thrashing anthem. From ‘Black Magic’, the first song on their debut album ‘Show No Mercy’, to ‘Hate Worldwide’ from their most recent album ‘World Painted Blood’, Slayer delivered a set which showed that after more than a quarter of a century they are still one of the leading Heavy Metal bands alive.

I just hope that the echo of the crowd chanting: “Slayer, Slayer, Slayer” is over by the time Sade and John Legend arrive at the stage in Rogers Arena on August 13. 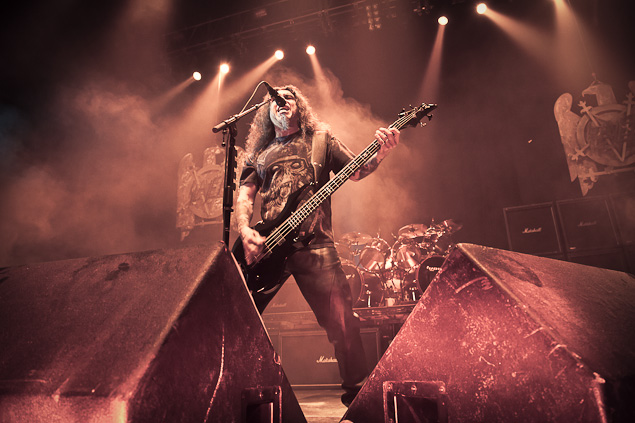 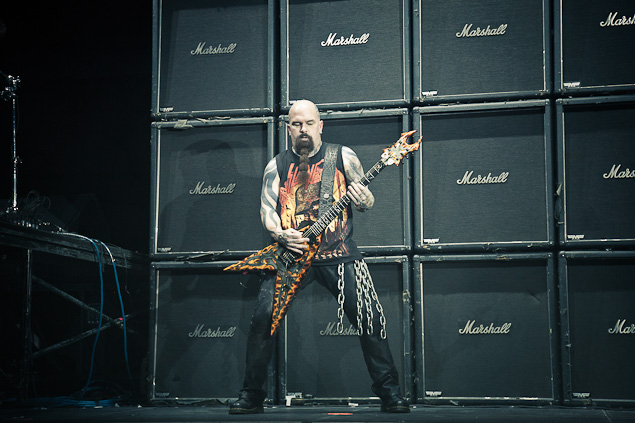 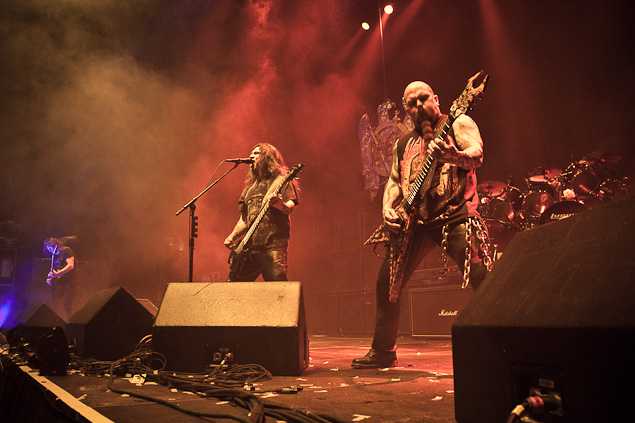