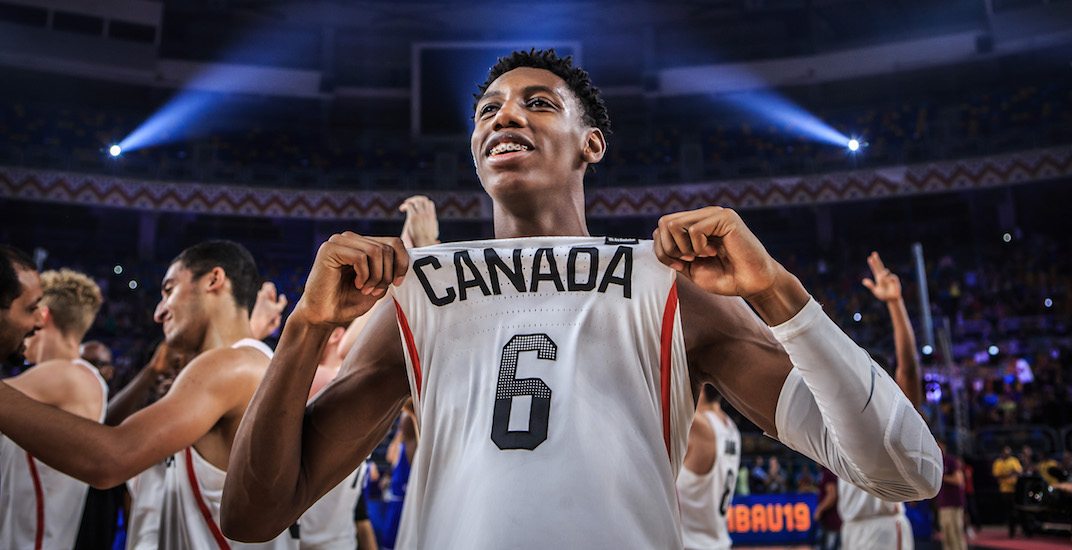 He has the chance to become the greatest NBA player our country has ever produced, so all eyes will be on Canada’s RJ Barrett when his skills are on display on the West Coast this week.

RJ Barrett has been added to Canada’s roster for their games against China Friday at Rogers Arena in Vancouver, and Sunday at the Save-On-Foods Memorial Centre in Victoria. It’s the first appearance by the national team on this side of the country in eight years.

It’s also an exciting and rare chance for fans in BC to see a NBA star in the making.

Barrett, who just turned 18, led Canada to a surprise gold medal performance at the FIBA U19 Basketball World Cup last year. The Mississauga native, who went to school in Florida, was named the best high school basketball player in America last season.

Committed to Duke University next season, Barrett is a good bet to go first overall in the NBA Draft as early as next year. Barrett should be the focal point of attention, as we get a first-hand look at how he plays against professionals.

Head coach Jay Triano will kick off training camp at the Richmond Olympic Oval on Wednesday, in advance of the two international exhibition games. The games against China will be used as tune-ups before Canada resumes FIBA Basketball World Cup qualifying later this month.

Canada has a bright future on the international scene, as we’re producing more great players than ever before. With the type of elite talent coming out of our country nowadays, there’s no reason why we can’t win a medal at the Olympic Games one day.

The road to achieving that dream goes through games like the ones coming up in Vancouver and Victoria.

Some names to watch out for this week include Kamloops’ Kelly Olynyk and promising rookie Dillon Brooks.

Olynyk averaged 11.5 points per game to go with 5.7 rebounds in a career-best season with Miami last year. The 7-foot big man is a tower of strength up the middle.

Brooks, 22, averaged 11 points per game in an outstanding rookie season with Memphis.

When: June 22, 2018
Time: 7:30 pm
Where: Rogers Arena, 800 Griffiths Way, Vancouver
Admission: Tickets for the event start at $20, for sale on Ticketmaster for the Vancouver game and SelectYourTickets.com for the Victoria rematch.

Use code ’20DAILYHIVE’ to receive 20% off tickets (while supplies last).