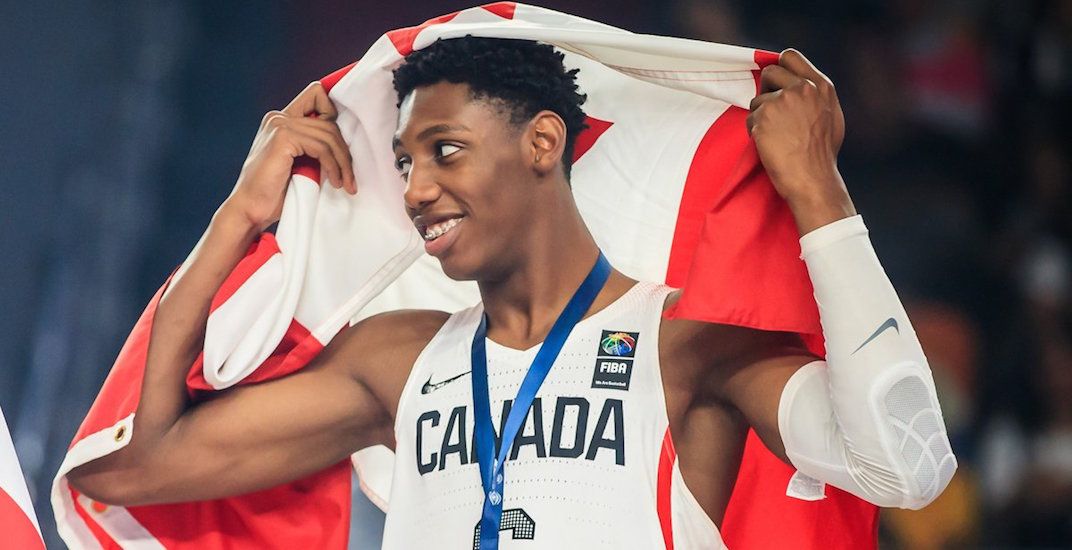 The best high school basketball player in America is a Canadian, as RJ Barrett was named the 2018 Naismith High School Boys’ Player of the Year on Friday.

The award, named after Canadian James Naismith, was first presented in 1987. Notable names to win it since then include LeBron James, Kobe Bryant, Jason Kidd, and Andrew Wiggins.

The Mississauga, Ontario native becomes just the second Canadian to ever win the prestigious award, with Wiggins being the first in 2013.

Barrett’s coming out party was at the U19 World Cup, as he was the tournament’s leading scorer with 21.6 points to go along with 8.3 rebounds, 4.6 assists, and 1.7 steals. Canada upset the United States in the semi-final, before thrashing Italy in the final.

Named the No. 1 recruit by ESPN, Barrett has committed to joining Duke University next season. He’s a good bet to be the No. 1 pick in the NBA Draft, perhaps as soon as 2019.