Babelle Theatre’s new production Rivulets: 3 short plays about a flood came and went in a flash, with relatively little fanfare. It’s a shame, as this little group of creatives deserves to be seen by a wider audience. It was fitting redemption that at the same time as the show, the theatre also successfully completed a kickstarter that will see some of the artists travel to New York this summer. One of the three shorts, Seabird is in a Happy Place, will compete in an off-Broadway short playwriting contest as a finalist.

RIVULETS is a promenade site-specific performance composed of three short inter-related plays staged in a roving and interactive venue in Vancouver’s Historic Chinatown. In a magical-surrealist future, nature has re-established its dominance over man. After a devastating flood, people have no choice but to salvage memories from a world they want to remember… 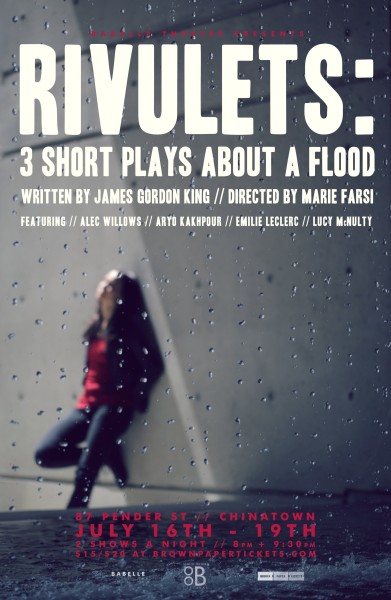 Seabird wasn’t the strongest of the three plays on display that night, but that was only because the first short, performed by Aryo Khakpour, was so breathtakingly perfect in comparison. Playing an off-kilter fisherman in the ruins of Manhattan, Khakpour’s deranged savant was at times brilliant, menacing, and pitiful – a fitting messenger for one particularly grim interpretation of the future. The glint of madness in his eyes, the little behaviour tics and trailed off sentences – Khakpour has crafted a truly unique character here, both future warning and unhinged entertainment wrapped up into one. And as quickly as it had begun, the short was over, and I was left wanting more. 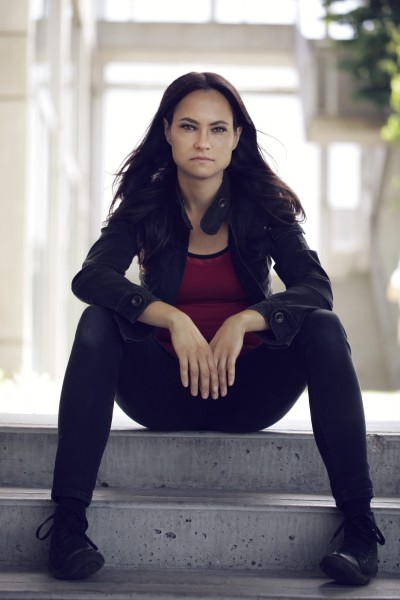 Seabird is in a Happy Place started off strong, but felt long for a ‘short’ play. Emilie Leclerc carried the story single-handedly, a woman brought back to life for an ill-timed, tumultuous relationship with another woman. While a powerful portrayal of an atypical female character, I felt like there were one too many scenes before Seabird was finally laid to rest.

The last short displayed Lucy McNulty as the daughter of survivor Alec Willows, a woman unsatisfied with the legacy her father’s generation has left for her. While the performances were strong, the fault again lies within the script – at times, McNulty sounds more like mouthpiece than a fleshed out human being. I admire how the three interconnected plays have been able to interweave environmental concerns into their message, but to make the audience truly care about the issues at hand, more human reliability is needed, and less preaching.

But overall, the night was more than worth the price of admission and wrapped in just over an hour. The haunting image of the fisherman going about his grisly work in a warped new world of commerce – that moment transcended the night, and proves that the best ideas can come in spare packaging.

Rivulets: 3 short plays about a flood ran from July 16-19 at The Lone Pine in Chinatown. More information here.