Through the development of Coquitlam’s Riverview Hospital lands into an inclusive and supportive community, Riverview Hospital will be renewed under a new long-term plan to treat and curb mental illness and drug addiction in the Metro Vancouver region.

A vision statement released by the provincial government today reveals that the first phase involves a $175 million investment to construct two new state-of-the-art buildings to re-establish the hospital grounds as a centre for mental health treatment. Construction on both buildings could begin in 2017 for an opening in 2019.

“Today͛’s announcement takes us closer to providing those crucial services by repurposing the former Riverview lands to meet our vision of a community that helps those most in need,” reads a statement by B.C. Minister of Health Terry Lake. “The promise outlined in our provincial mental-health plan was to a provide a wrap-around system of care for those with severe mental health or substance-use concerns, who face constant and life-altering barriers.”

A 105-bed mental health facility will be built to replace the existing Centre for Mental Health and Addiction and another 38-bed facility will be used by the Maples Adolescent Treatment Centre and Provincial Assessment Centre. The current historic facilities found at Riverview are not seismic resistant and no longer habitable; the cost of renewing these buildings would likely greatly exceed the cost of constructing new facilities.

Artistic rendering of the two new buildings at the Riverview Hospital grounds. 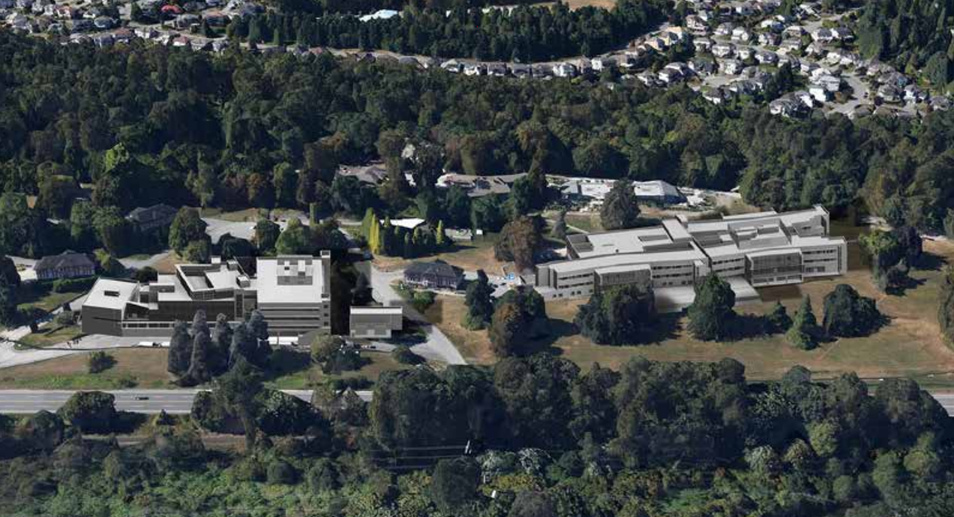 These facilities will offer the following services: long-term support and services for people already receiving services in a community setting; short-term transitional support between emergency rooms and community care; access to shelter, social support, and mental health and addiction services to youth; programs for traumatized and behaviourally-challenged children and youth; short-term assessment and treatment stabilization services for youths 14 years of age and adults who have a developmental disability, mental illness and behavioural support needs.

All three existing facilities are currently found on the Willingdon Lands in Burnaby and will be relocated to the renewed Riverview Hospital. The relocation will allow for new modernized facilities to replace the existing aging Burnaby facilities, and there will also be a net increase of 17 beds.

These plans for the 244-acre site, which has 75 buildings including historic structures that are more than a century old, were created following an extensive two-year public consultation process.

To fund this phase of the renewal and all future phases of on-site health care service expansion and renewal projects, revenue will be generated by the development of some areas of the property. The vision statement indicates there is a “break-even mandate” for how the renewal project will be delivered.

Health care facilities will be located on the northern end of the vast site while residential and commercial developments will be built towards the southern sections. According to the provincial government, the lands can be used to help address housing affordability issues, with a mix of market and non-market housing.

Retail shops, cafes and restaurants will further establish Riverview as a new community

“Integrating health services into a diverse community would allow a Renewed Riverview to address the demand for services while providing care in a way that avoids isolating those with mental illness,” reads the vision statement.”

“Mental health experts advocate for an integrated community care model. Through this approach, the required services and support are provided in communities where people live, allowing them to transition and flourish in an inclusive and supportive environment.”

As well, residential and commercial developments could offset the costs of improving the site’s roads, pathways, streetscapes, and utilities.

The vision statement’s guiding principles align with the position of the Kwikwetlem First Nation, which asserts that the Riverview Lands lie within its traditional territories. The First Nation expects economic, financial, and housing opportunities for its members through the redevelopment of the site.

“Riverview’s size allows for the proposed infrastructure and has the capacity to address much of the demand for the region’s mental health care services, while also meeting other goals for the site,” the policy statement continues.

Coquitlam City Council is expected to review the vision statement policy in early 2016.

Proposed site usage as indicated in the vision statement. 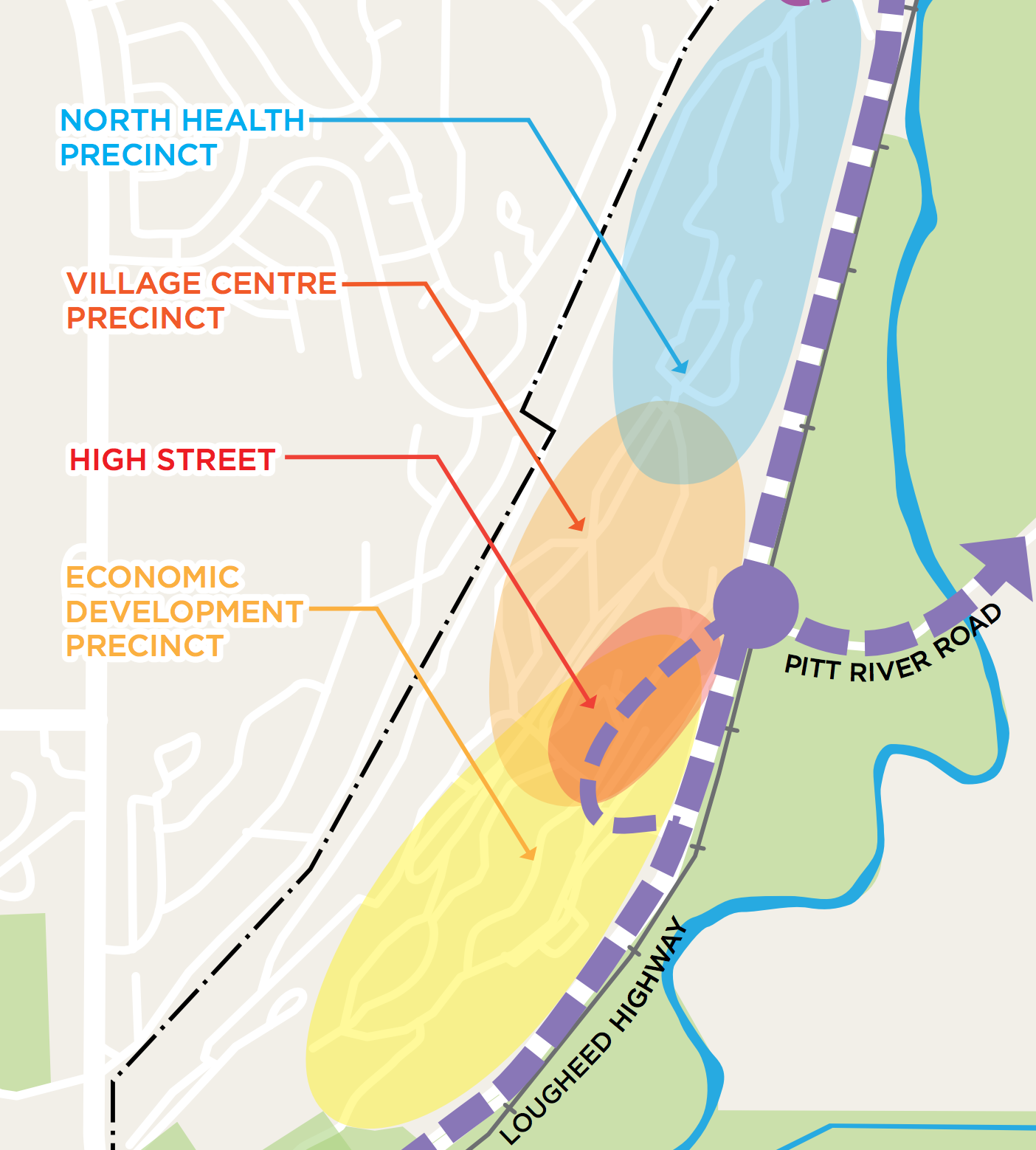 At its peak, Riverview had more than 4,000 patients across a number of buildings, before the facilities were gradually closed beginning in the 1980s in favour of community care and transitional procedures. But many of these replacement initiatives were not fulfilled, which greatly contributed to the growth of homelessness and addiction issues concentrated within the Downtown Eastside.

A high-security facility for the severely addicted mentally ill, operated by Vancouver Coastal Health, remains on the site and was renovated this past year to accommodate 40 beds.

Other mental health and addiction treatment facilities opening in Metro Vancouver before the end of the decade include the $259-million, 75-bed mental health and substance-use facility at the redevelopment of Royal Columbian Hospital, $57-million Joseph and Rosalie Segal Centre to amalgamate mental health services found at the Vancouver General Hospital campus, and the $38-million Hope Centre for Psychiatry and Education in North Vancouver.

The provincial government says it allocates over $1.42 billion annually for mental health and substance-abuse services. 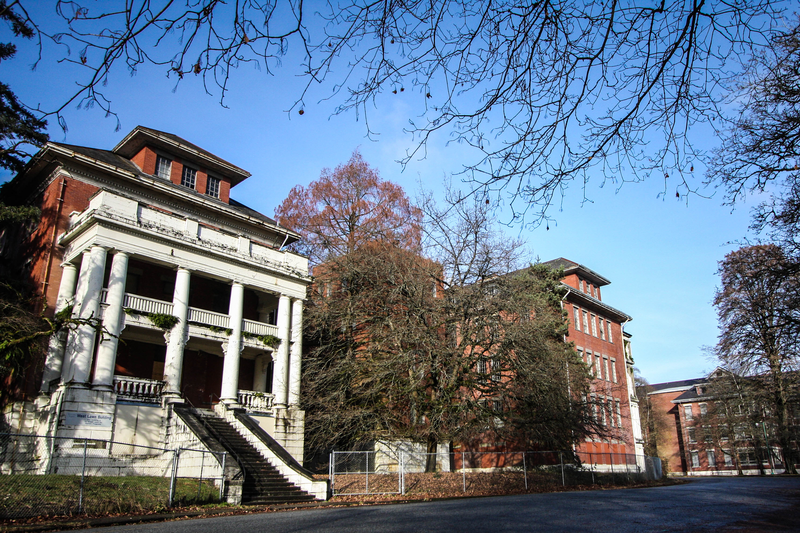 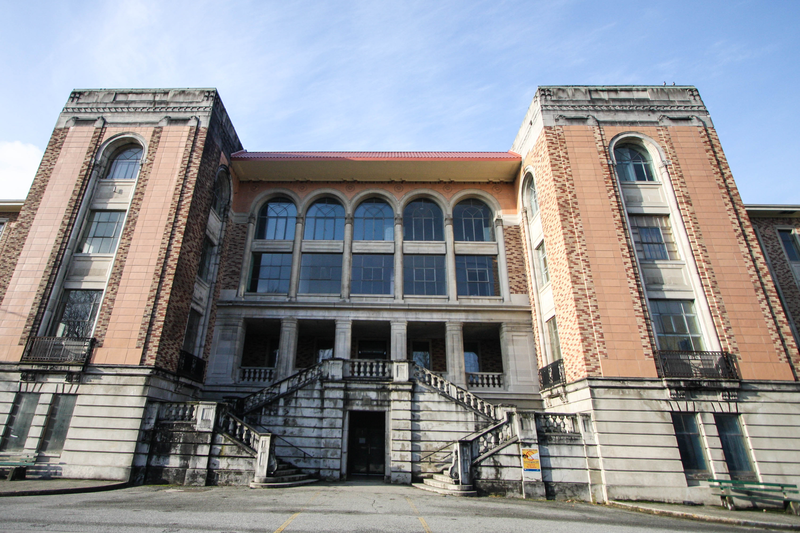 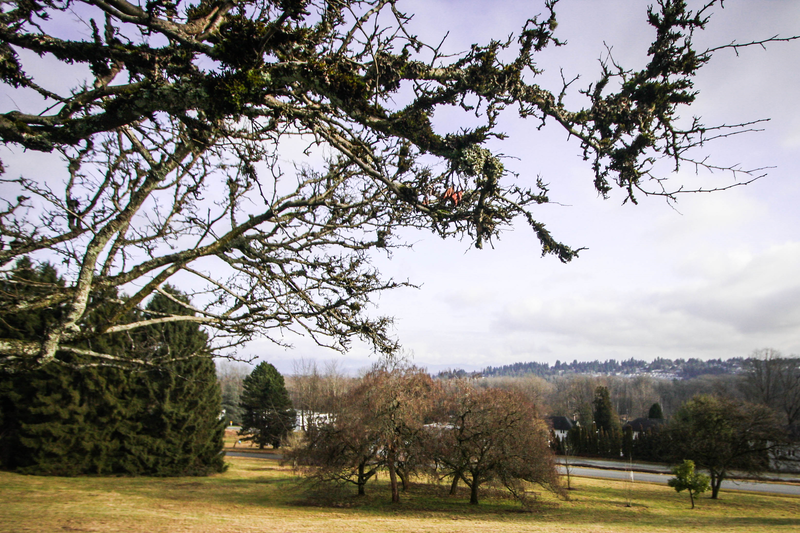 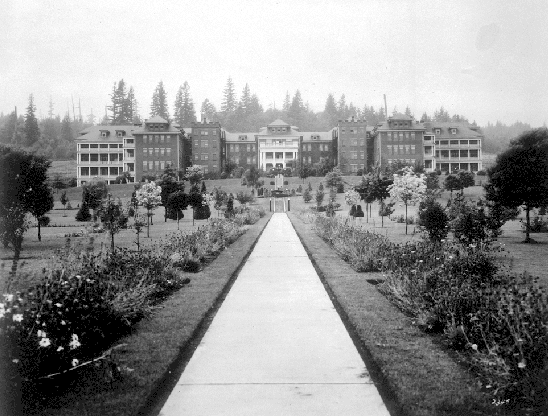 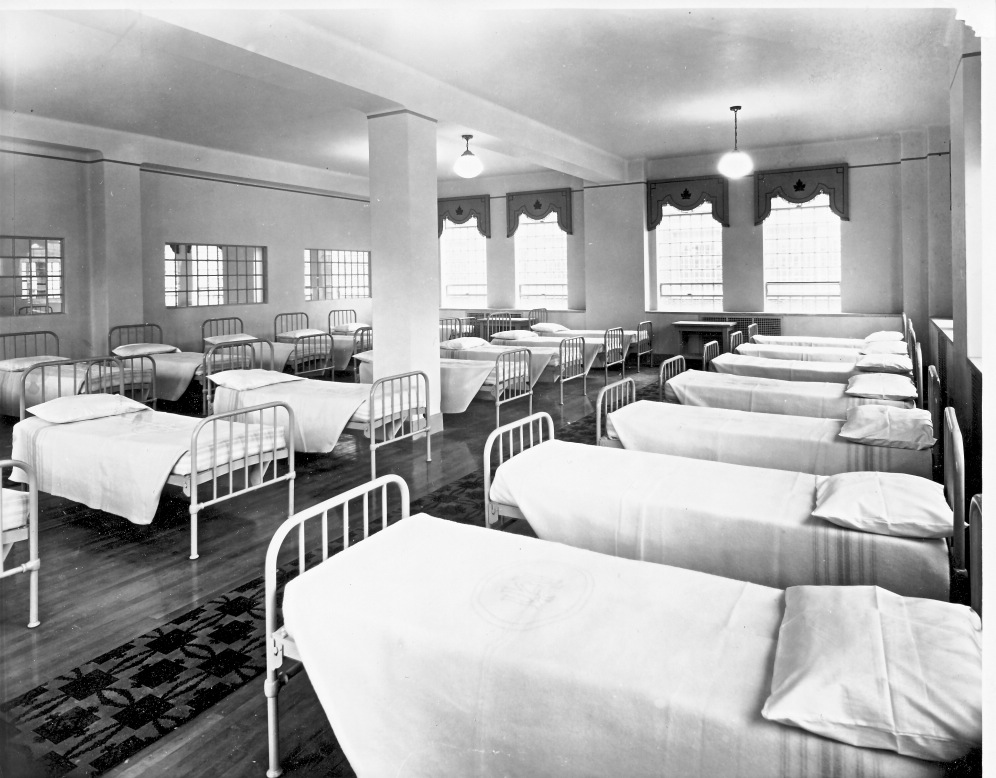