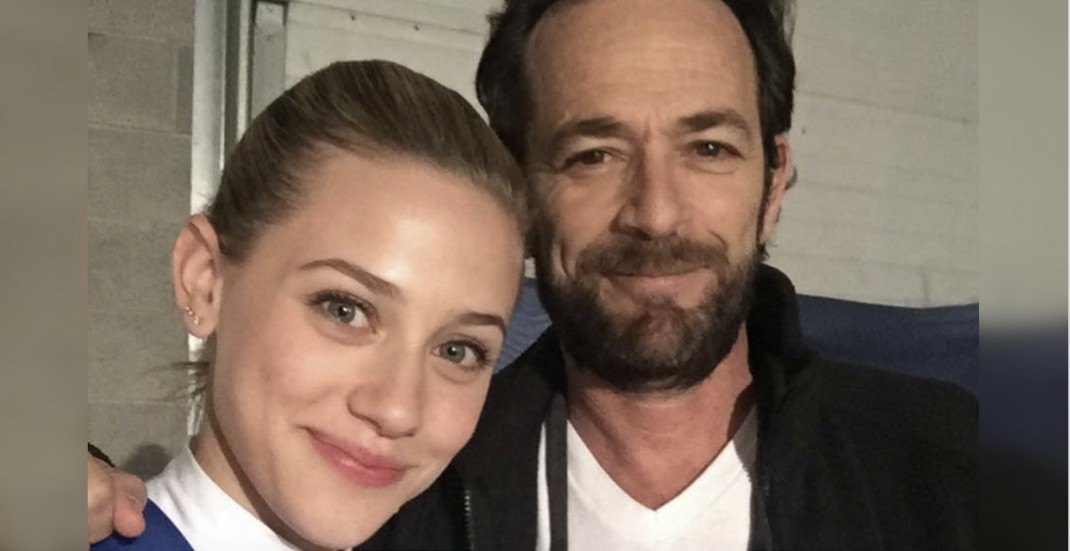 Riverdale has stopped production following the death of Luke Perry, who starred as Fred Andrews on the show.

According to The Hollywood Reporter, filming stopped on Monday to allow Perry’s cast and crew to grieve.

Perry passed away earlier today. He suffered from a stroke last week. He was 52-years-old.

In a statement, Riverdale’s executive producers said they “were deeply saddened to learn today about the passing of Luke Perry. A beloved member of the Riverdale, Warner Bros. and CW Family, Luke was everything you would hope he would be: an incredibly caring, consummate, professional with a giant heart and a true friend to all.”

A statement from Riverdale’s executive producers, Warner Bros., and The CW. pic.twitter.com/1YNhbaupHv

Tributes for Perry have been pouring in — including several touching social media posts from his Riverdale co-stars.

I’m finding it hard to grasp that he will no longer be around to give long hugs and share his wisdom and kindness with all of us.

I’m thinking of his family. His children.

I pray for them to heal and find peace in this devastating loss.

My heart is broken. I will miss you so much Luke Perry. Sending all my love to your family. ❤️ #LukePerry

my heart is heavy. One of the kindest men I’ve met since I began this journey has passed. Someone who always encouraged me and everyone on set. Luke genuinely cared about everyone he worked with, and if you work in entertainment, you know how special that is. You offered to co-sign for my car when the dealership wouldn’t let me finance it. I’m so lucky I was able to call you a friend in this life, Luke. It’s hard to believe. Condolences to your family and friends. I hope you are at peace. I hope you are happy and safe. You deserve the most beautiful afterlife ♥️

Luke Perry… you were a joyful and vibrant soul. You will be missed but most certainly your legacy will be remembered forever. Rest in love and peace, friend. #Riverdale