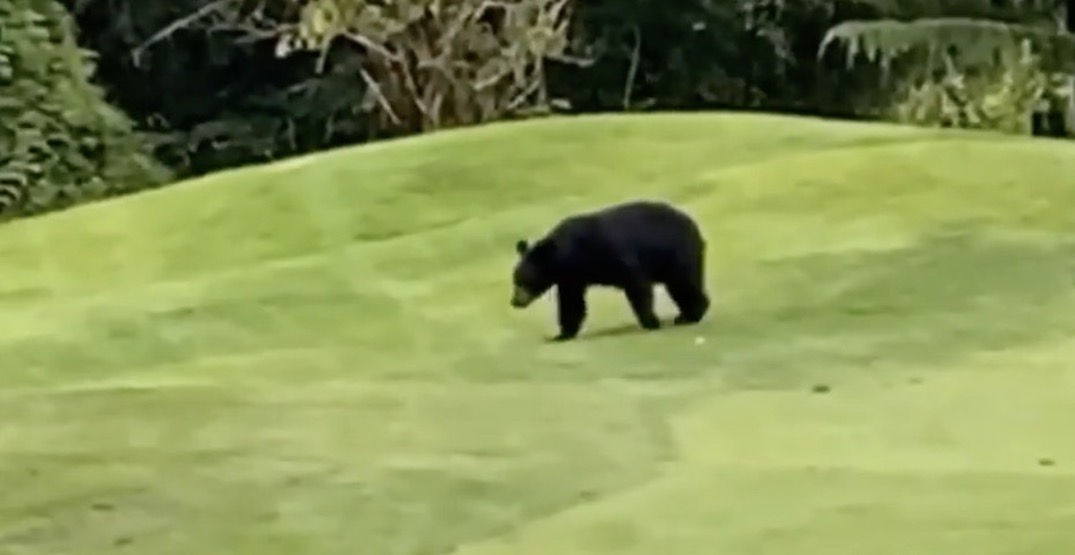 It’s no secret that the cast of smash-hit TV series Riverdale is back in Vancouver filming the show’s new season, and it’s also no secret we love seeing the actors show off what they get up to on their off-time while they’re here in town.

Most often we catch the stars eating at local places around the city, but one of the show’s OG cast members, Casey Cott, gave us a glimpse of something you don’t see too often: a bear sighting.

In a video posted to Instagram, the actor gave us a front-row seat to his reaction to seeing a bear stroll through a Vancouver golf course he was on from a distance.

We can’t say we’d be so chill, but at least the bear was practicing physical distancing.

The cast and crew of Riverdale are currently filming their fifth season.