Ritual Modern Comfort, a casual and innovative eatery in Vancouver’s West End, is prepping for a late January launch.

Owner/chef Nevada Cope, previously at The Italian Cultural Centre, hopes to bring creative comfort food to the West End with her debut restaurant. Focusing on brunch and dinner time eats, Cope says she’ll be at the restaurant everyday cooking her little heart out. 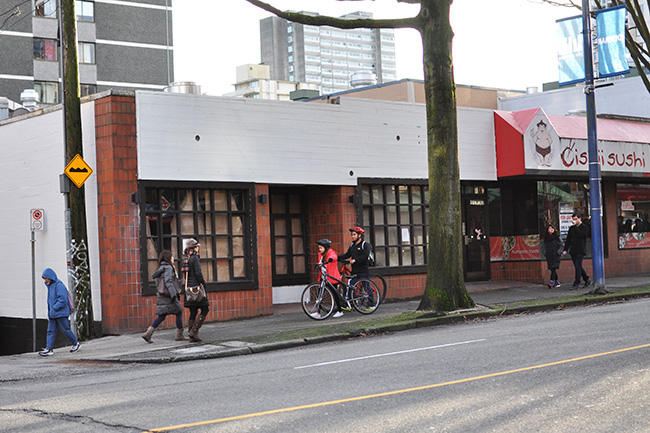 This particular dining concept has been inspired by Cope’s extensive travels throughout the U.S., where she witnessed great creativity in the kitchen, stirred up by the ability of certain chefs to simply forget all the rules and just cook what they wanted to. “There’s no reason to limit yourself to one specific type of cuisine; at Ritual I want to maintain that kind of diversity and freedom to cook whatever I want,” elaborates Cope.

Currently under construction, 48-seat Ritual intends to be a reliable West End fixture where patrons can either sit-in or opt to order their food and drinks to-go. Open from 8 a.m. daily, Cope is optimistic that Ritual will become a spot where customers drop by for a quick baked good and pour over coffee on their way to work in the morning. Equally, Cope hopes that customers will also want to grab a seat and stay for a lingering brunch and/or dinner.

Drink wise, Cope says that the soon-to-open Denman Street locale will drift away from the current beer craze and focus instead on showcasing a variety of craft cocktails, particularly those which are gin and bourbon based.

While offering a comfort-driven menu may not be an entirely new concept in the West End, let alone in Vancouver, what makes Ritual stand out from other eateries around the city is that, according to Ritual’s Indiegogo campaign, the eatery is B.C.’s first certified living wage restaurant of its kind. What does this mean? Ritual will pay workers a fair living wage (around $21 an hour) and offer other benefits (MSP and health care), similar as to what you would find in traditional work environments.

Wanting to create a “level playing field for workers and customers,” Cope also plans to implement a no tipping policy. If customers would like to leave a tip, all proceeds will be directly donated to A Loving Spoonful — a volunteer-driven, non-partisan Society, which provides free nutritious meals to those living with HIV/AIDS.

Removing gratuities from the menu, Cope aims to influence the culture of the restaurant industry. “We hope these elements [fair living wage and no tipping policy] will create a work place environment where people feel valued and respected for what they do,” remarks Cope.

When asked why she chose the West End to open a restaurant, Cope replied, “it’s diverse enough to grasp onto the concept and values behind the business.”

Ritual–providing there are no further delays with building inspections–will debut with a soft opening on January 22. For further developments check Ritual’s Facebook page.