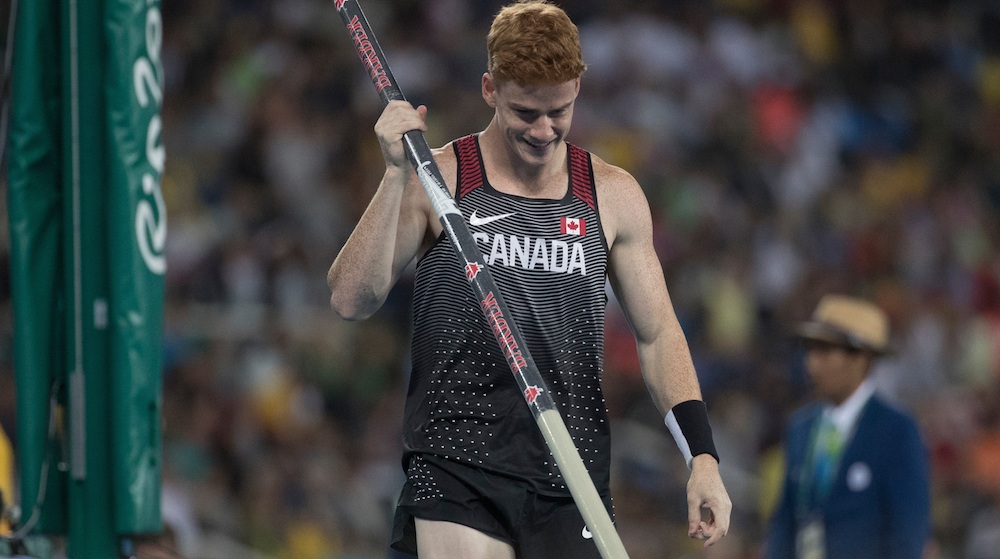 We’re on to Day 10 of competition at the Olympics in Rio, and Canada has performed exceptionally well. We’ve had a medal to celebrate every day so far, the first time our country has ever achieved such a feat this deep into the Games.

It’s a relatively light day in terms of intriguing Canadian storylines, although Canada has a strong entry in the pole vault competition.

The canoe and kayak sprints begin and Canada has a number of medal contenders.

Mark Oldershaw won bronze four years ago in C1-1000 m. Andreanne Langlois won gold at the Pan Am Games last year in the K1-200 m. Adam van Koeverden is competing in his fourth Olympics in the K1-1000 m, but is not expected to add to his medal collection this time.

Medals are on the line as the gymnastics competition continues.

The final day of the preliminary round, lots is on the line as teams try to qualify for the quarter-final.

We’re into the quarter-finals at Copacabana Beach.

The title of heavyweight champion in men’s boxing is on the line.

Canada, with a 2-2 record, is tied with France, Brazil, and the United States in Pool A heading into the final day of the preliminary round. Italy is at the top of the group at 4-0, so this is a meaningless game for them.

Canada is in danger of finishing fifth in the group, which would eliminate them. Winning the game, or at least a set, could help their cause.

Canada’s Shawn Barber is a medal threat in the pole vault. He’s the #2 pole vaulter in the world heading in to the competition.