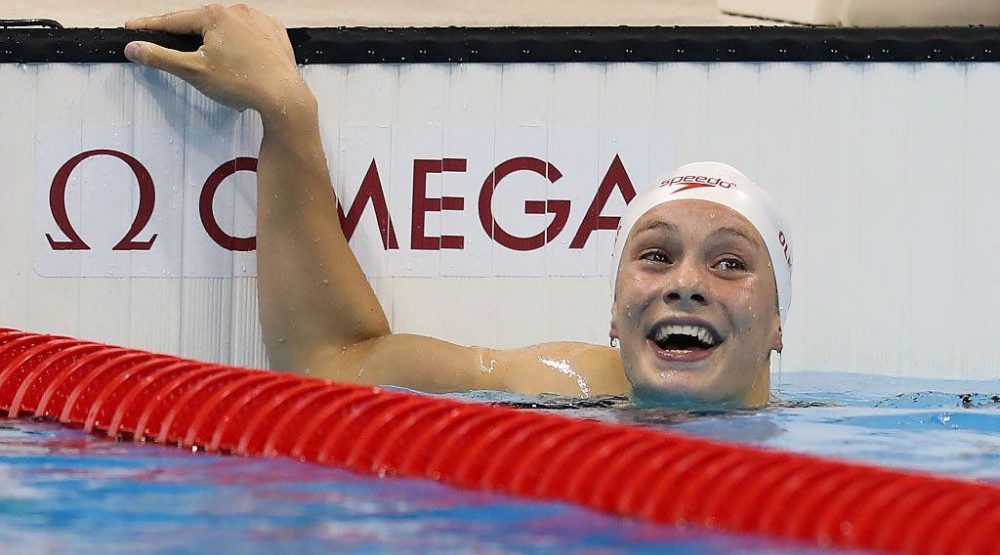 After a fruitful Friday that saw Canada earn three medals, we turn our attention to Saturday, where there’s potential for another medal haul.

Track and field got underway on Friday, while Saturday is the last day of the swimming competition. That also means it’s the last day to watch Penny Oleksiak swim, who will try for another medal with the 4 x 100 medley relay.

Canada’s women’s eight team has qualified for the final with the third-fastest time.

Canadian Brianne Theisen-Eaton goes for gold in women’s heptathlon. Medals will be decided after the sixth event of the competition, the 800-metre race. She’s in fifth place heading into the day.

There aren’t any medal threats from Canada in the women’s 100-metre sprint, but it’s one of the must-see events of the Olympics.

We’re guaranteed to have a Canadian team into the quarter-final of women’s beach volleyball because two Canadian teams are facing each other in the Round of 16.

Ben Saxton and Chaim Schalk are the last team remaining from Canada on the men’s side.

Canada won bronze in women’s track team pursuit four years ago in London. Georgia Simmerling is on this team. Four years ago she was a skier, competing in alpine skiing in 2010 and ski cross in 2014. She’s expected to go back to skiing for 2018.

After a surprise win against USA and a strong showing against Brazil, Canada (1-2) was beaten relatively easily by France in their third game. A win against Mexico (0-3) will be vitally important in order to get through to the next round.

The tennis tournament wraps up this weekend with a number of big names in action.

The race everyone in Canada will be watching will be the women’s 4 x 100 m medley relay final, to see if Penny Oleksiak can add to her medal haul. Canada has qualified for the final with the second fastest time.

Ryan Cochrane qualified with seventh fastest time for the 1500 m freestyle. He won bronze in this event in 2008, and silver in 2012.