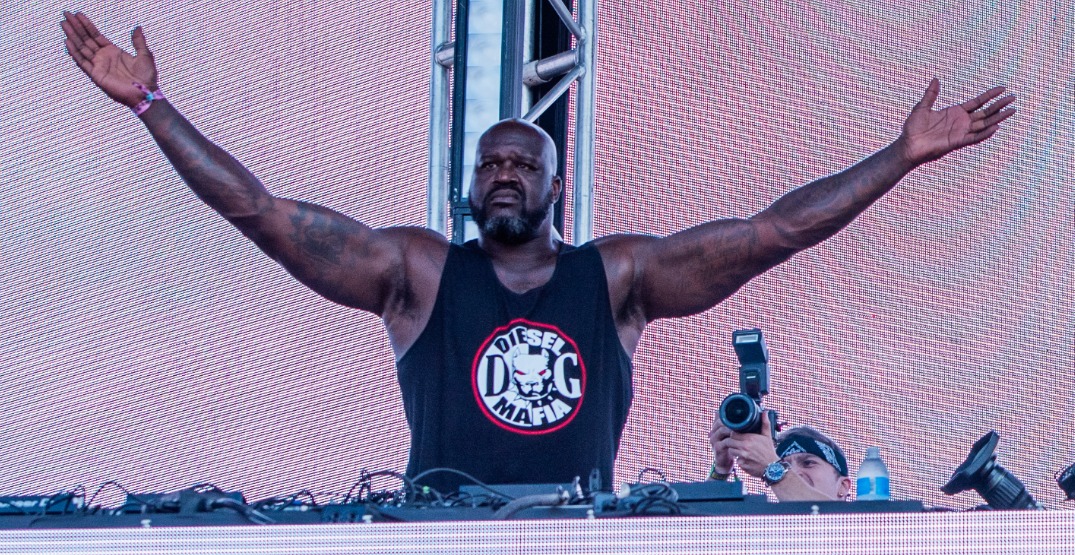 The lineup for the Rifflandia music festival in Victoria, BC, has officially dropped, and there are some shocking and exciting names on the list.

Pop stars Lorde and Charli XCX are technically the headliners, followed by Cypress Hill, Black Pumas, Lauv, and Ben Harper. But there’s also someone you might not have expected to see on the bill: Shaquille O’Neal, going by the name DJ Diesel.

THE WAIT IS OVER!#Riff2022 returns this September.

You could be Shaq-ing your tail feather to the former basketball player’s music by the time the leaves start changing colour in BC.

The three-day event will stretch from September 15 to 18 at the Royal Athletic Park and Victoria’s Arts & Innovation District. It’s back after several postponements due to the pandemic, so if you’ve been eager to move on the dancefloor with other music lovers, get ready to party!

Shaq’s a big fan of Canada, he said in 2018, so crowds should be in for a good show and a good vibe while he’s DJing.

“Love the people. Love your national anthem,” said the NBA Hall of Famer. “People here have always been very hospitable and nice. We can learn a lot from the Canadian culture.”

If hearing from him doesn’t tickle your fancy, you can check out the dozens of other artists slated to perform.

Thank you to the Province of British Columbia, FACTOR, our partners, suppliers, artists, volunteers, and community for believing in us.

Festival attendees will also be able to enjoy performances by classic punk bands like Bikini Kill and Pussy Riot, rappers like BBNO$, and alternative bands like Cat Power.

Other acts announced so far include:

There will also be over 50 more acts announced, so stay tuned to social media for the music festival for upcoming details.

Tickets go on sale on May 6 at 10 am on the Rifflandia website.