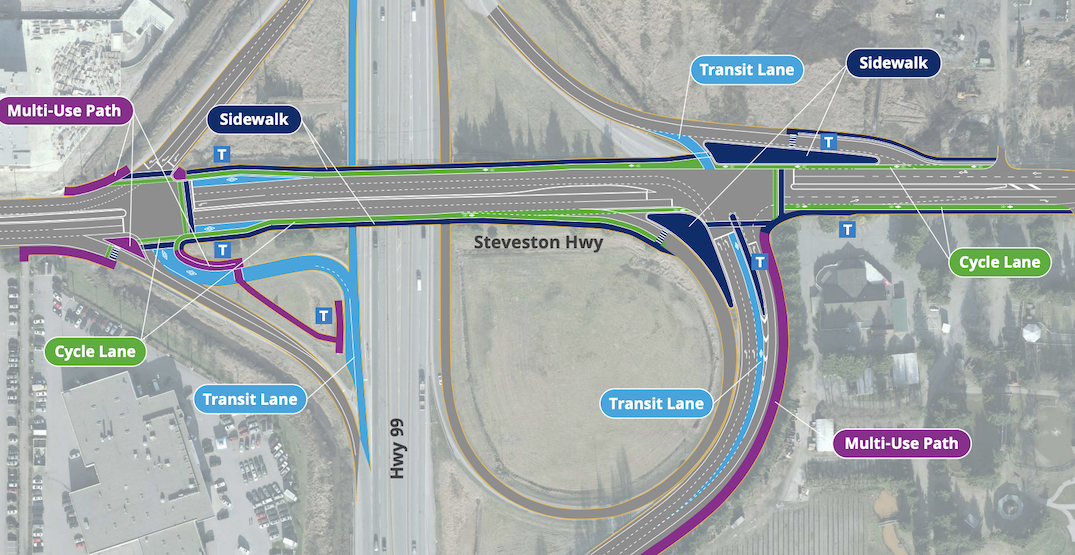 Design of the new Steveston Highway interchange on Highway 99. (Government of BC)

A new Steveston Highway interchange along Highway 99 in South Richmond is now officially a work in progress.

The $87.5 million project is one early works component of the eventual new immersed tunnel to replace the aging George Massey Tunnel.

Construction is beginning with early works such as clearing and utility relocations, and the new interchange is expected to reach completion in 2025.

There will also be improved ramp connections between Steveston Highway and Highway 99, and public transit bus priority measures to allow buses to move through the interchange more efficiently, including traffic signal priority at intersections and a dedicated bus lane and in-lane bus stop on the northbound offramp.

Additionally, there will be dedicated walking and cycling pathways on both sides of the new Steveston Highway overpass across Highway 99. 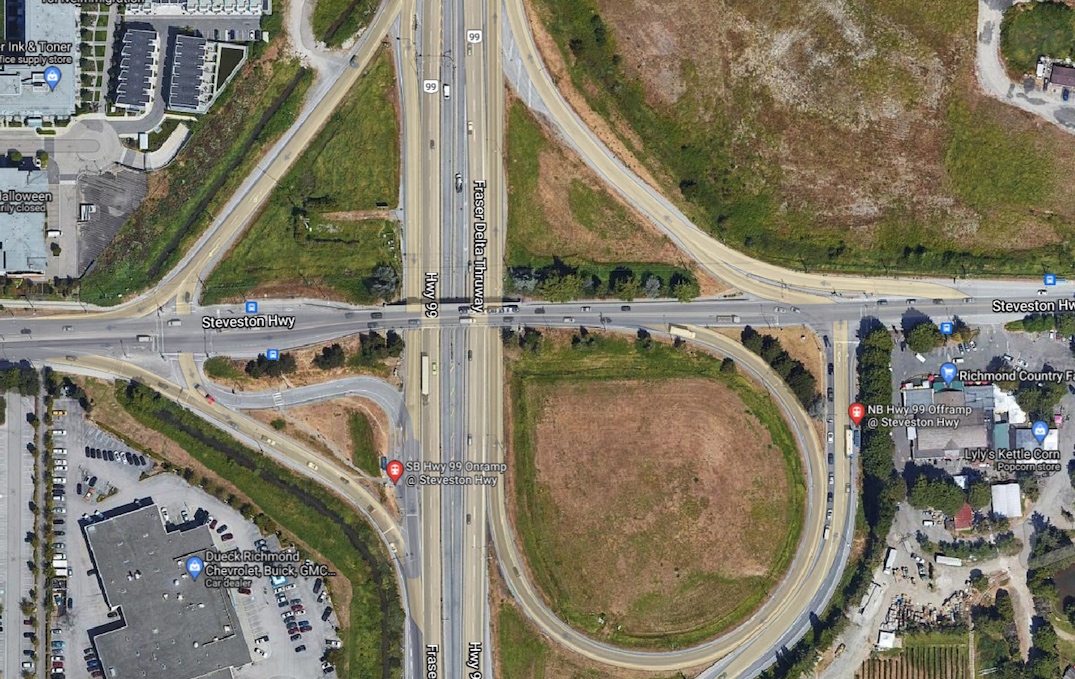 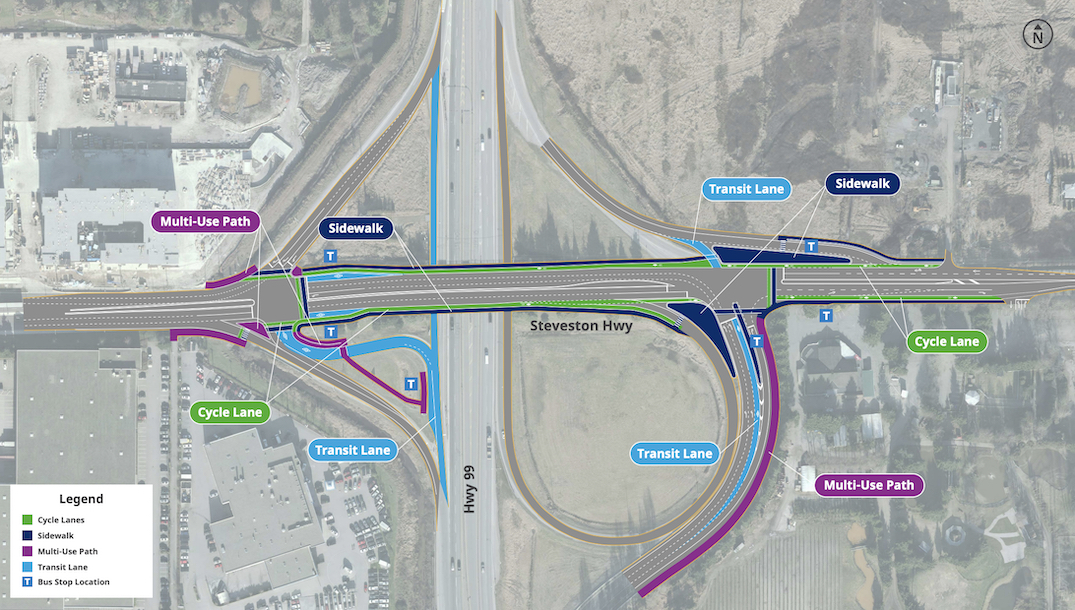 Design of the new Steveston Highway interchange on Highway 99. (Government of BC)

“It’s an important day as we move forward on addressing one of the worst bottlenecks in Richmond,” said Rob Fleming, BC minister of Transportation and Infrastructure, in a statement.

“I look forward to work getting underway that will improve connections for transit users, drivers and cyclists, and tie in to the new eight-lane toll-free tunnel that will replace the George Massey Tunnel.”

This interchange design is significantly smaller than what was previously planned as part of the original 10-lane bridge project, which was opposed by the City of Richmond.

Other components of the Massey Tunnel replacement currently in progress include a new southbound bus-only lane from Bridgeport Road to Highway 99 to improve the movement of buses from SkyTrain Bridgeport Station. Work is also underway on expanding the Highway 99 shoulders for bus-only lanes.