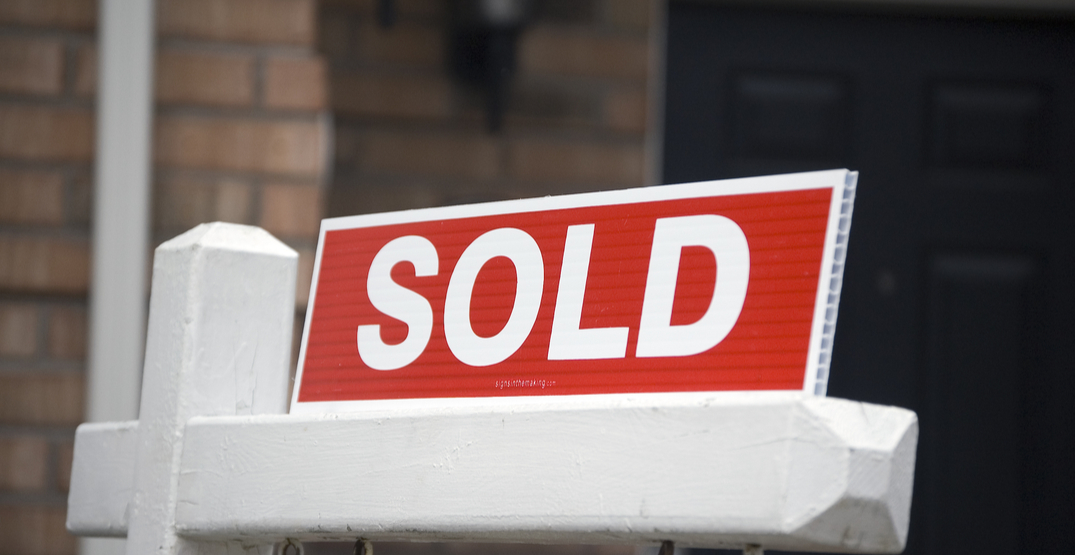 It may have seemed like a good plan for the Richmond realtor at the time, but in the end, neighbours and officials weren’t sold on the idea.

Now, the Real Estate Council of BC (RECBC) has fined Xinwei (Sylvie) Zhao after asking the buyer of a home to hang the “Sold” sign on the property for one year after the sale.

She was working for a team run by former New Coast Realty agent Wendy Yang (W.Y) at the time of the sale.

“On July 13, 2015,  W.Y. listed for sale residential property located at Harrison Avenue,” the documents read. “Ms. Zhao assisted with the showings and the sale of the property.”

An offer was received on the home on August 17 of that same year.

Zhao “mentioned…that the seller would accept the offer… if they agreed to W.Y’s request to put a New Coast Realty sold sign on the property for a period of one year, starting from the possession date,” the documents read.

“Zhao advised that she verbally advised the seller of the sign agreement, but did not advise the sellers to obtain legal advice because she believed the addendum did not form part of the contract and for that reason, she did not have the seller sign the addendum.”

The situation came to the attention of the RECBC on February 25, 2016, during an investigation into a telephone complaint, made by the neighbours of the property, regarding the “sold” sign, which at that point, had been left on the property for eight months.

Neither the seller nor the buyer complained against Zhao, the documents said.

In addition to the fine, Zhao also agreed to pay $1,500 in enforcement expenses, as well as accept a reprimand.