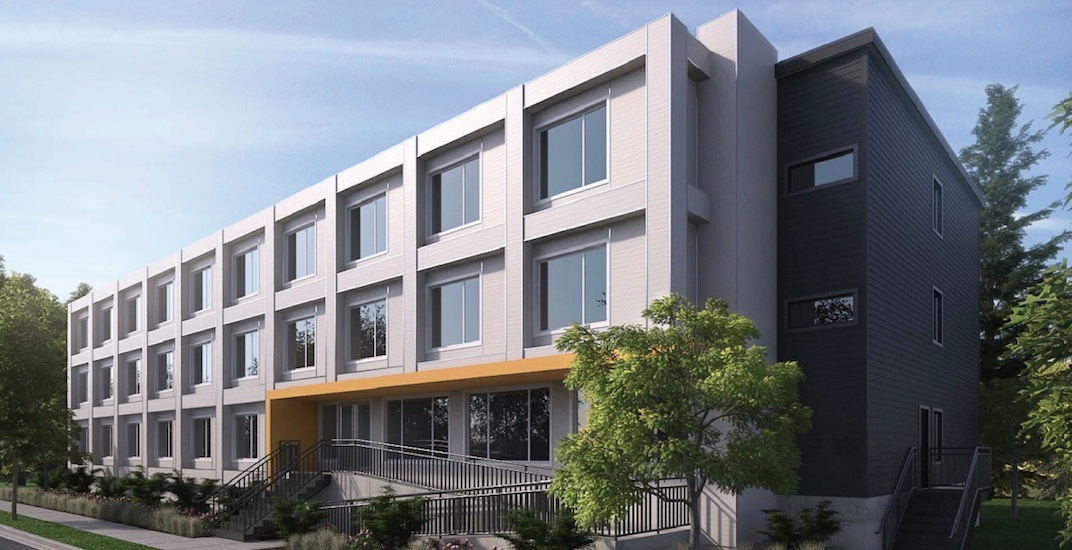 After much-heated debates, the controversial project to build a temporary modular housing project for the homeless in Richmond has received approval.

On Friday night, City Council green lighted the project, which entails building a three-storey modular structure at 7300 Elmbridge Way – the southwest corner of the intersection of Elmbridge Way and Alderbridge Way.

This City-owned site, currently used as an off-leash dog park, is located right next to an ICBC Claim Centre.

There will be 40 units, with each unit outfitted with a kitchen and bathroom, and around-the-clock on-site support services operated by RainCity Housing. Residents will be provided with a daily breakfast and a hot meal, life-skills training, and access to primary health and mental health services.

Over the longer run, such housing developments will transition the homeless individuals from Richmond towards housing independence and improved quality of life.

The municipal government says the project is needed to address Richmond’s sharp rise in homelessness in recent years. According to the 2017 homeless count, there are 70 homeless people in the city, which represents an 84% increase since 2014.

Moreover, local non-profit service providers say over 120 individuals currently need outreach support, and about 130 individuals seeking shelter at local facilities are turned away monthly. This includes about 60 women per month who are fleeing violence.