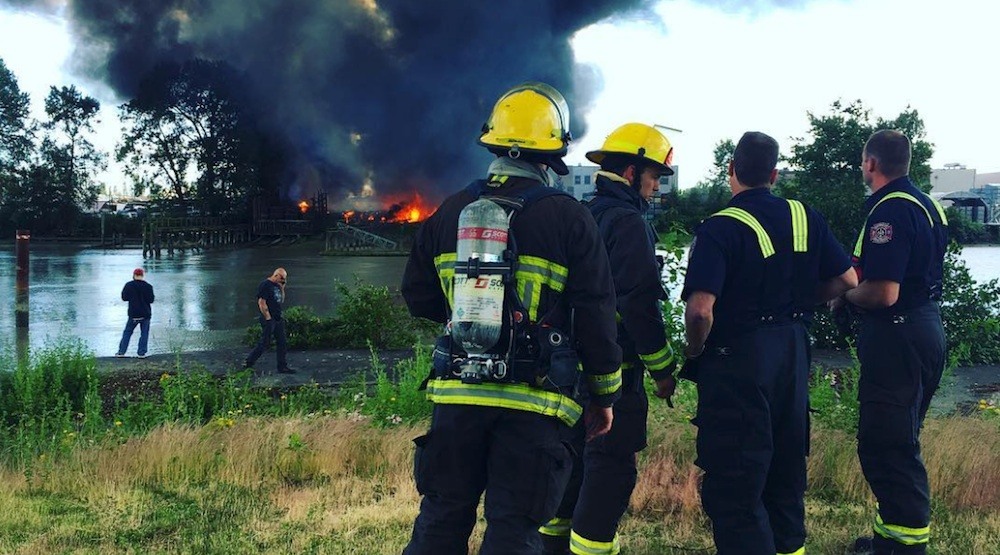 A tall column of smoke from a major fire burning at a building on Mitchell Island in Richmond can be seen from kilometres away.

The fire began at approximately 2 pm this afternoon and is causing major delays on the Knight Street Bridge between Vancouver and Richmond, according to RCMP.

As well, access to Mitchell Island from the bridge has been closed.

Due to congestion, police are asking drivers to avoid the bridge until further notice.

Local firefighters have responded to the scene.

View of the #fire in #Richmond BC from #IKEA pic.twitter.com/gvA9wLYkit