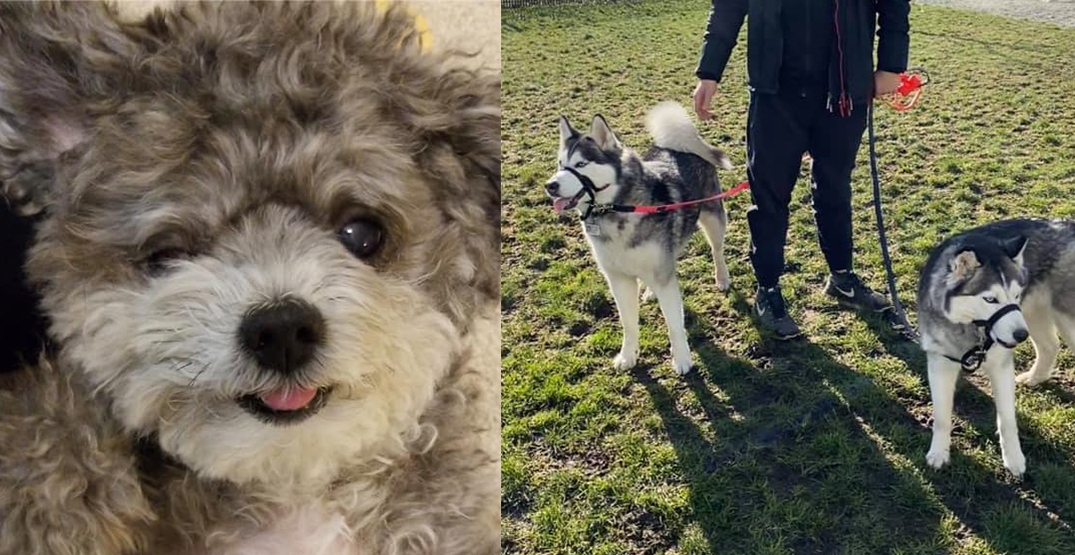 Update February 22, 2021: The huskies’ owner has contacted the small dog’s owner and offered to pay the vet bills.

A Richmond woman whose small dog was bitten by two huskies in a local off-leash park alleges the larger dogs’ owner left the scene without identifying himself or offering to help her injured pet.

Mancy Lai is now raising funds online to pay for surgery for Tubby, her beloved maltese-poodle mix. He was bitten at Aberdeen Neighbourhood Dog Park around 1:30 pm on Wednesday, February 17.

“Tubby was minding his own business until two huskies attacked him from the back and neck,” Lai said in a Facebook post.

She alleges the huskies’ owner didn’t control the dogs or apologize for the incident. In a video Lai took at the park, the owner appears to place blame on her.

“If your dog’s tiny and it’s playing around with big dogs, what do you think is going to happen?” he says.

The man allegedly would not give his contact information and left the dog park.

“There was no attack or anything,” another man at the park is heard saying in Lai’s video, although he acknowledges her pet got bitten.

Lai said Tubby was bleeding after the altercation, and she left to take him to the vet.

“I don’t know what kind of dog owner would run off after their dog has made the attack. As a responsible owner he should confess to his own action. I do not want to see anyone undergo through this experience ever again,” she wrote on her GoFundMe page.

She’s asking for $5,000 to help pay for Tubby’s surgery, and she shared photos of his bite wounds after the incident.

Lai said she reported the incident to police and is seeking witnesses who can tell officers what they saw. Daily Hive reached out to Richmond RCMP for comment, but the force has not yet responded.

Lai has not yet responded to Daily Hive’s request for an interview.

Daily Hive also contacted the man who some on social media have identified as the owner the huskies. He has also not responded to a request for comment.