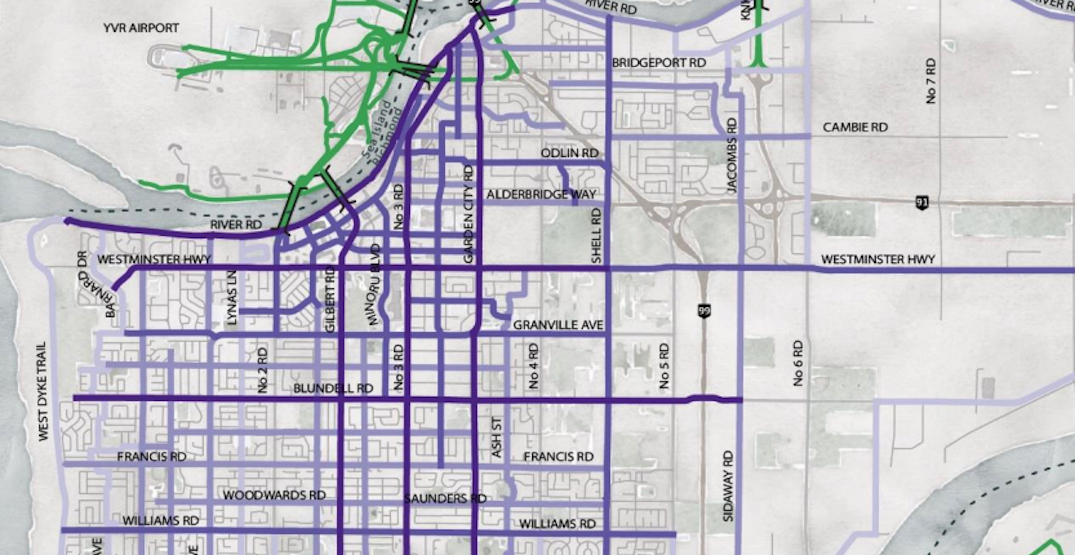 Significant new bike lane routes are being contemplated within the City of Richmond to fill in gaps in the cycling network, and this is now up for public consultation.

Based on input gathered from an initial public consultation earlier this year, the municipal government has identified six potential high priority routes for implementation over the short term.

Enhanced and extended north-south routes would include No. 3 Road stretching from Sea Island Way to Steveston Highway, and the entire lengths of Garden City Road and Gilbert Road, while west-east routes would include River Road from West Dyke to the Canada Line bridge’s cycling pathway, Westminster Highway from No. 1 Road to Shell Road, and Blundell Road from Crabapple Ridge Neighbourhood Bike Route to Sidaway Road.

These proposed six priority routes were determined based on four criteria: connectivity, utility and convenience, community support, and social equity. 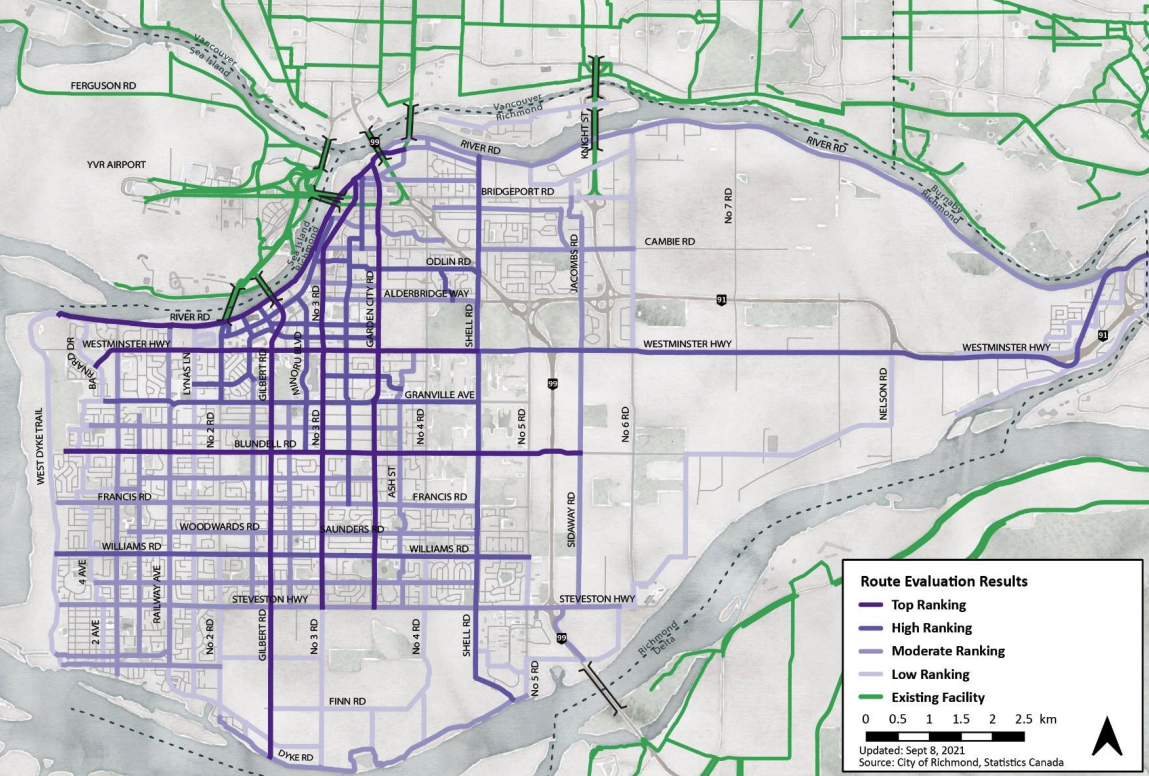 Proposed priority bike lane routes in Richmond. Click on the image for an enlarged version. (City of Richmond)

Input gathered on these routes would lead to execution between Fall 2021 and Spring 2022, with city staff determining the implementation strategy.

The online survey, running now through November 30, 2021, also asks residents to provide feedback on broader improvements to the cycling network, such as identifying other locations in the city where improvements should be made.

Richmond’s overall plan provides a vision for how the future cycling network will be expanded over time.