Review of “Choke,” a rather disturbing tale of greasy sex addicts and their even greasier side lives, and a Stephen King duo, both of which have been made into famous movies: “The Green Mile,” and “The Shining.”

The first line of this book is “If you’re going to read this, don’t bother.” So don’t say Chuck Palahniuk, or myself, didn’t warn you. Reading this book is like watching someone pick at a scab with dirty fingernails. There is no real direction with the characters, which almost enhances the context of loneliness. It’s a momentary glimpse into a pathetic and often deranged life that really has you thinking “how did he come up with this?” Without disregarding the complexity of the world we live in, Palahniuk somehow dumbs it down to its basics: we are humans who like to eat, sleep, unload and have sex. When writing a review on this book, I can’t help the vulgarity; the characters wouldn’t have it any other way. The story follows the daily rambles of a sex junkie who pretends to choke on food at high end restaurants for a thrill, all the while dealing with his deranged mother who holds a terrible secret teetering between impregnating herself with the archaic foreskin of Jesus Christ, and living a life with absolutely no purpose at all, not to mention keeping an eye on his unhygienic-stripper obsessed-belly flabby friend who insists on collecting rocks to keep himself from pulling his pork 45 times a day, and that is putting the “plot line” quite dully. BREATHE! If you have ever turned around to watch your own feces swirl down the toilet, then you can handle this book. Enjoy. 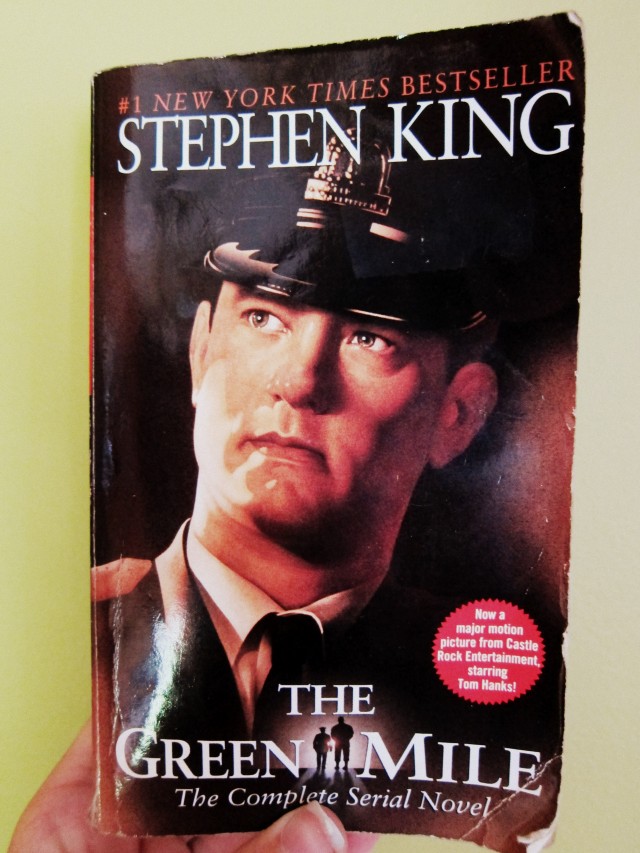 The writing of Stephen King never ceases to amaze me, and The Green Mile is no exception to the trend. Quite often a book and its movie lack harmony, one vastly outweighing the other in impact or interpretation; however this is not the case in this circumstance. I marvelled at the movie many years ago, and only recently decided to travel back to Cold Mountain Penitentiary for a visit, this time through the book portal.  I was pleasantly surprised to discover that I was once again spellbound by the intricate weave of characters and their haunting version of the events that took place on the Green Mile in 1932. The Green Mile takes you beyond the cement walls of the prison and explores the hearts of both guards and inmates, and challenges the reader to see the soul of a sinner. I have always admired King’s ability to touch on a story from every angle and perspective, from that of a jailhouse mouse, to a Negro inmate, to the final years of a guard’s life, as he recounts the events that changed him and his coworkers forever. There is a believable consistency among some characters, such as the malicious Percy Wetmore who harbours the dangerous mixture of fear and insecurity in a position of power, while others experience tremendous personal growth, such as Warder Moores upon witnessing a miracle, or Del Delecroix upon meeting a mouse. When John Coffey, “like the drink but spelled different,” enters Block E to await execution in the electric chair, a series of unusual events begin to take place. Although supernatural occurrence appear throughout the story, King uses them only as a vessel in which to guide you to the purpose of the story, and there awaits the human heart, real raw emotion and a discovery unlike any other. If you are convinced that Stephen King is only a writer of horror, then you have done yourself a great injustice. 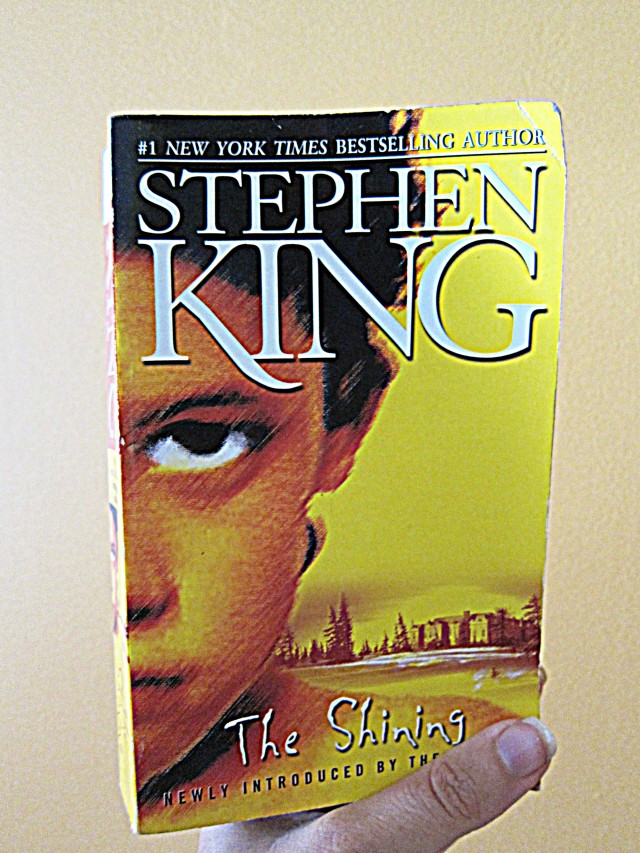 I am an avid Stephen King fan and will read every single one of his books by the time this little escapade comes to a close, however that being said I can also appreciate the dissapointment that comes with a jaded piece of work. Unfortunately “The Shining” has been the slowest and most lacklustre of King’s books that I have read thus far (and that is not easy to say about a book harnessing supernatural powers, angry spirits and a massive hotel that seemingly comes to life in the dead of night).

Regardless, the plot is relatively complex and combines supernatural elements with the paranormal powers of a young boy with the ability to shine (see and hear things that most others cannot) laced with an in depth character study of his father, a man driven deeper and deeper into madness. I thought King did a fabulous job making the slip into insanity feel natural, I mean he took a perfectly sane character and over the course of a few hundred pages made him crazy enough to want to murder his own family. However, the amount of time it took to get to that realization was fairly drawn out, and then it got a little sloppy at the end where you’re beginning to wonder if the father is actually crazy or if his body is just being used as a vessel for evil-doing?

There is a constant undercurrent of tension throughout the novel as the drama builds (between father and son and wife and husband) until the action-packed finale. The story touches on the fathers feelings of failure when he and his family, who are trying to regroup their lives and take one last chance at attaining some stability, move to the hotel for the winter where Jack (the dad) has taken a position as the caretaker. Jack is introduced as having a long history of drinking and rage issues that have threatened to tear his family apart in the past and it is with the darkness of these emotions and habits that King makes him susceptible to possession. The ghosts toy and taunt his mind with the notion that “just one drink” will do no harm, and convince him that his son and wife are the reason for his failures and that no good man would allow such disrespect without punishment.

Alright, the psychology of the story is in tune, the ghosts are pretty creepy (especially the one in room 217) and the young boys “shine” along with his invisible friend Tony, help enhance the story on an emotional level, but come on, moving hedge animals? Yes, I said it…King has taken on a lot of mundane objects and situations and transformed them into the product of our nightmares, but trying to make hedge animals scary is like taking the birds from Alfred Hitchcock’s movie “The Birds,” substituting them for origami and opting for the same terror.

Secondly, I have always admired King’s writing, if not for the reason that he has accomplished something that I haven’t, but for his pure genius of a brain with a cherry on top. His style is different, full of puns, wit, imagery and things that make me say “damn, why didn’t I think of that?” That being said, I found some wording I didn’t quite like only because the idea didn’t seem to belong in the situation. For instance Wendy (the wife) is frantically trying to escape from Jack after he brutally beats her and her thoughts are as follows:

“Whimpering with fear, she began to pull herself upwards again. Ten steps, a dozen, a baker’s dozen.”

Now let me ask you this, what in baby hey-zeus’s name do a dozen and a baker’s dozen have to do with stairs? Oh I get it, Wendy is thinking about what to make for dinner tonight once Jacky-boy puts an end to this nonsense. Another example of Wendy’s character being a bit mush-brained is when she is “afraid he would pop up like a jack-in-the-box—pun intended.”

Why Wendy, why are you making puns when the man you have loved your entire life just broke two of your ribs with a blunt object? I wanted desperately to believe her fear, but then King interjected with these somewhat carefree thoughts that pulled me right out of my trance.

This review is beginning to feel a little like the book, so I’ll wrap it up by saying that I can and will always find a way to pick up what King is laying down, and this book really does have some fascinating elements. You will be scared if you want to be scared, but you have the search for it. It isn’t necessarily “worth” a read, and that may be where the movie comes in handy in this particular case. Also “all work and no play makes Jack a dull boy,” which may single-handedly be the most famous line of the movie…wait for it, wait for it…does not appear in the book. I will leave you to decide the rest.