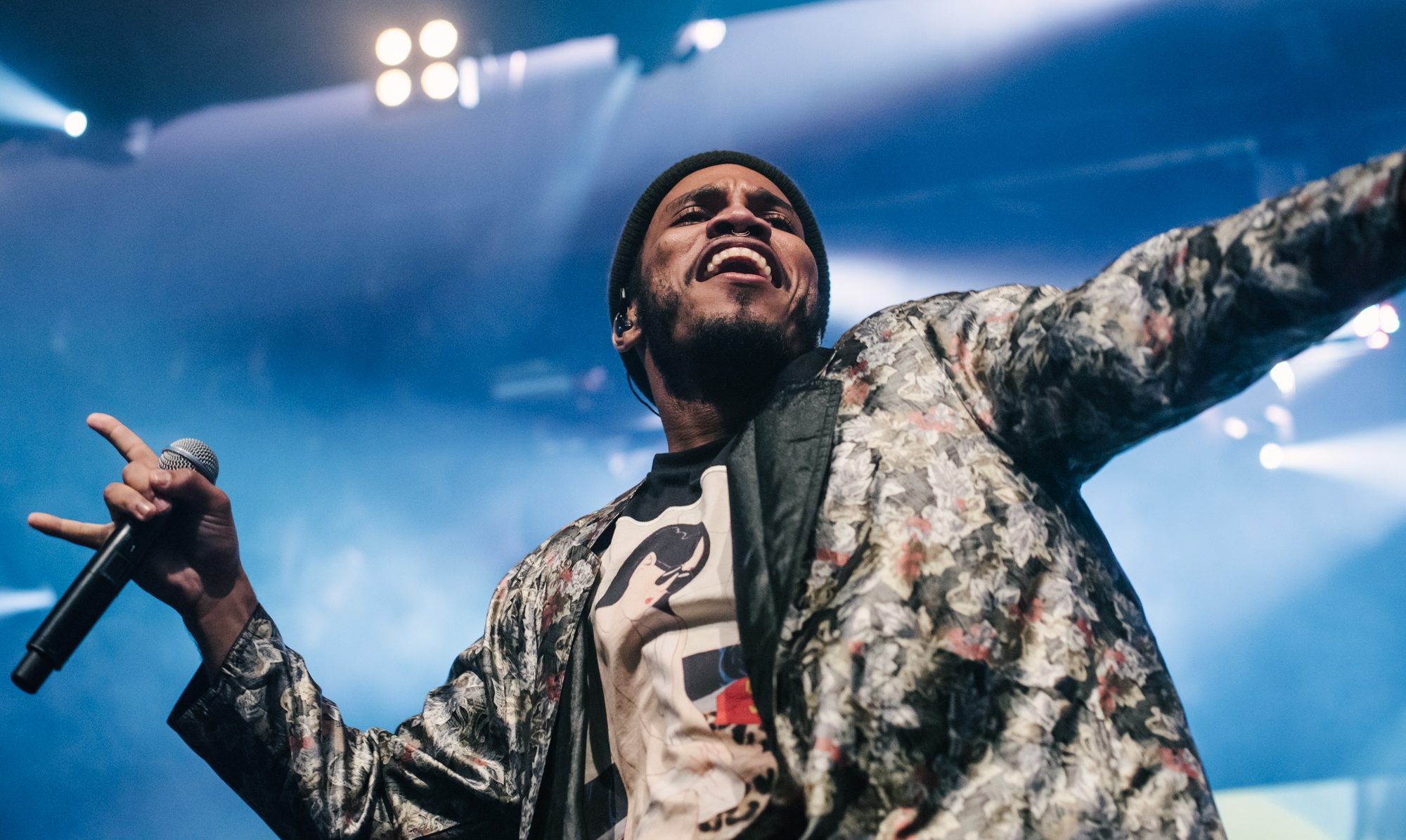 Watch out, Kendrick Lamar. There is a new king of rap groove in town, and he goes by Anderson .Paak.

If the ticket sales for Paak’s show were any indication, Vancouver was more than ready for the Sunday night performance at the Vogue Theatre. With pre-sales and regular sale tickets selling out in minutes back in July, resellers were asking four times the cost during the days leading up to the show. And fans did fork out over $100 for a show that was originally $25.

But after seeing Paak live, it is clear why he’s slowly becoming the hottest rap/hip hop artist out there.

This was Anderson .Paak’s first headlining show in Vancouver; he was here earlier this year at Pemberton Music Festival. The September 4 show’s openers included the return of Vancouver’s own Pomo, and the Vancouver debut of California rapper Duckwrth. Duckwrth opened with a short, but dance worthy set that got the long weekend crowd pumped for the night. He’s certainly one to look for next – especially as his upcoming EP, I’m Uugly, gets released in the next few months.

And as local producer Pomo hit the stage, his beats continued to keep the fans moving while the theatre got more and more packed leading up to Paak’s set. One thing to note, Pomo – many might not know – produced one of Paak’s singles, “Am I Wrong.” 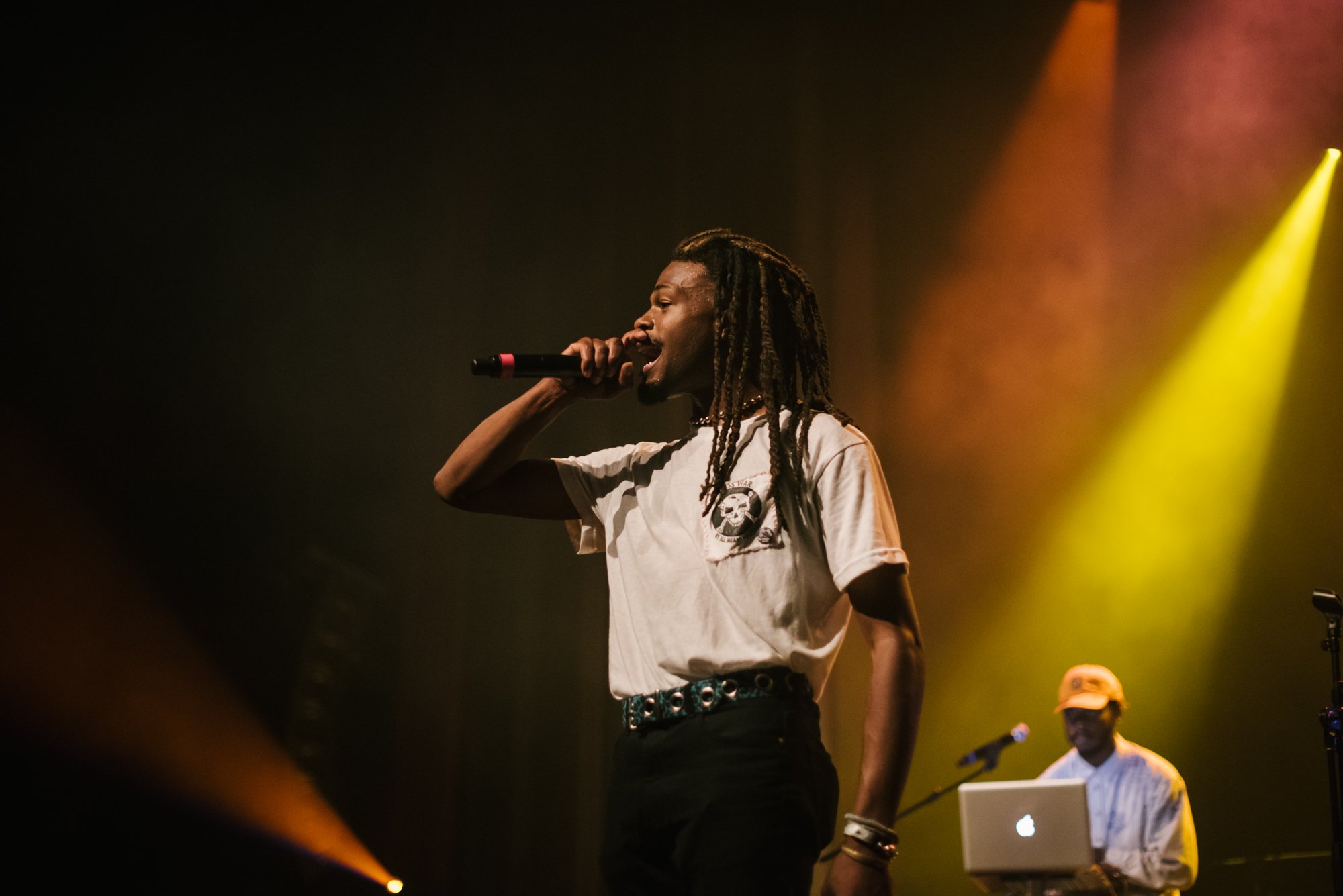 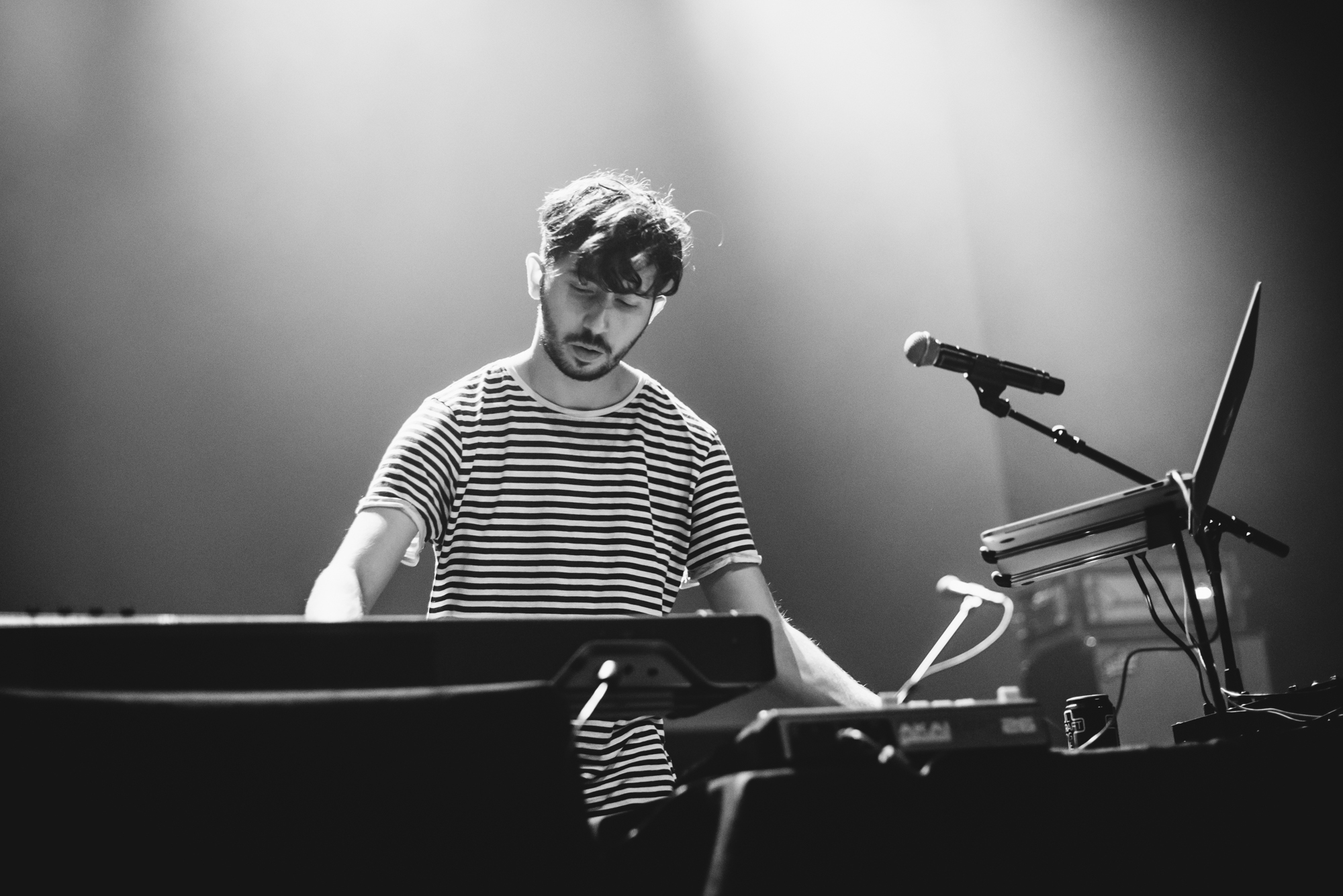 And speaking of Paak’s singles, the California producer started his set off with “Come Down,” and immediately the crowd burst into a massive singalong. This continued throughout the night, as Paak performed an electric set, mostly from his latest release, Malibu. Bridging and blending genres, from funk to jazz to rap, Paak’s talent went beyond his energy of dancing from one side of the stage to the next while rapping. Before “The Season/Carry Me,” Paak sat behind the drum set and proceeded to drum on and off throughout the show. 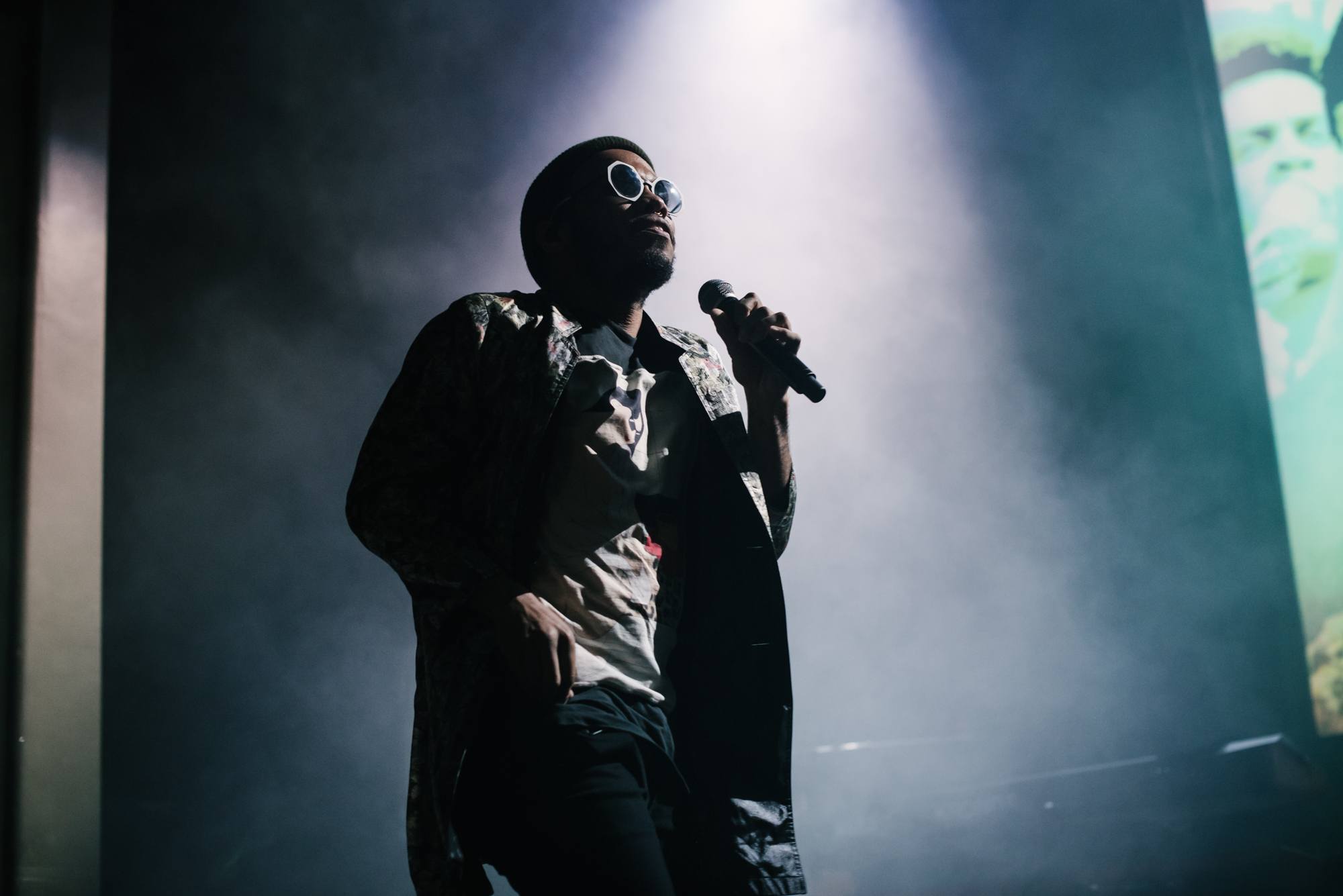 Our “Hearts Don’t Stand a Chance” as Paak continued to woo the chanting crowd with his versatility and charm. Paak is on tour with The Free Nationals, a full band with live instruments – another way Paak is leading a new wave of rap performances. Paak and the Free Nationals took it down a notch while performing “Room in Here” and “The Bird,” both flawlessly executed in their live version state.

Then came time for Pomo produced track “Am I Wrong,” which got everyone dancing once more before the encore, which included hit single “The Dreamer.”

Anderson .Paak may have played the Vogue Theatre, but everyone at that show knew this was the last time they would see this talent in such a small venue. Paak can easily sell out a larger venue – and we bet that is exactly what he will be doing next. 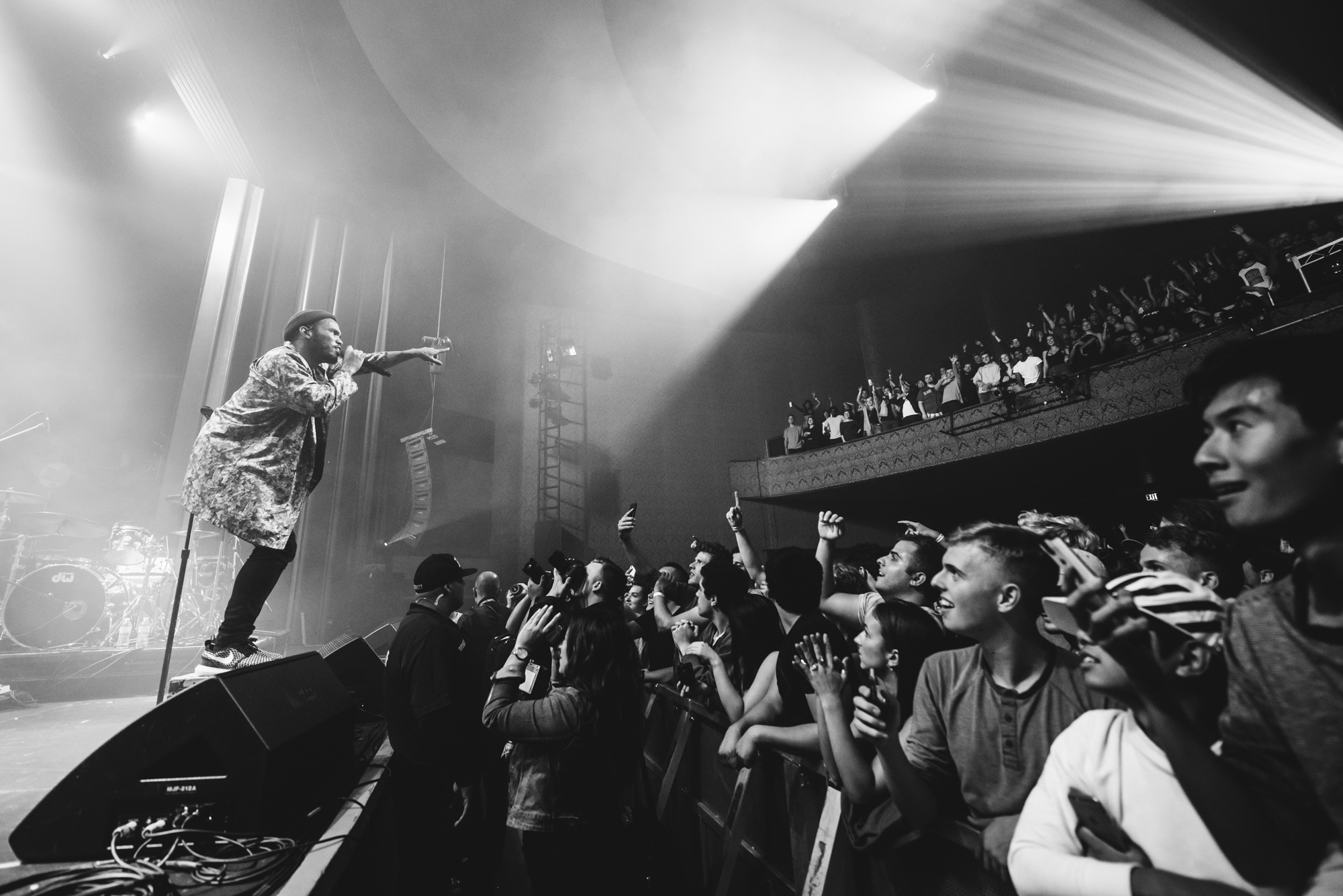 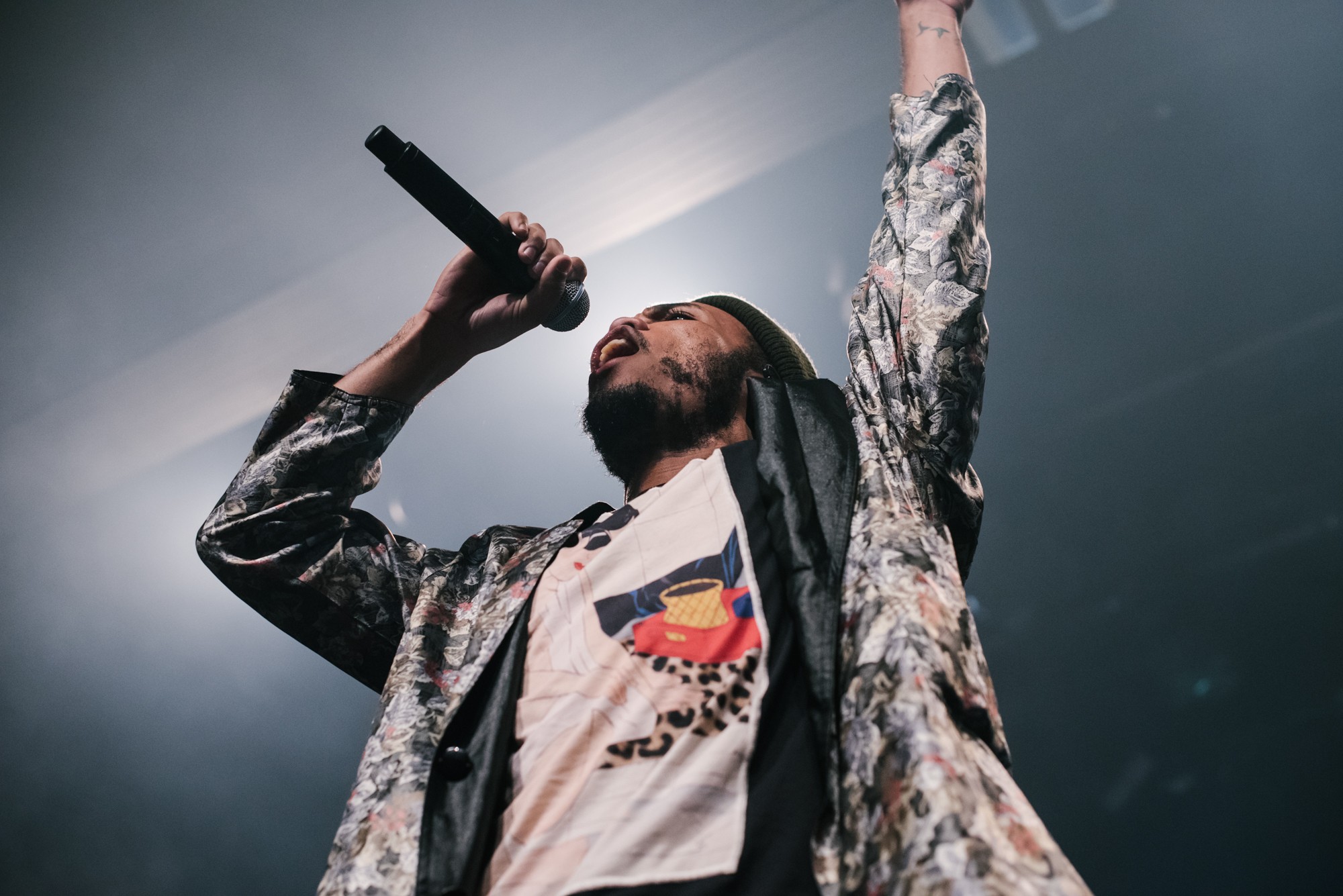 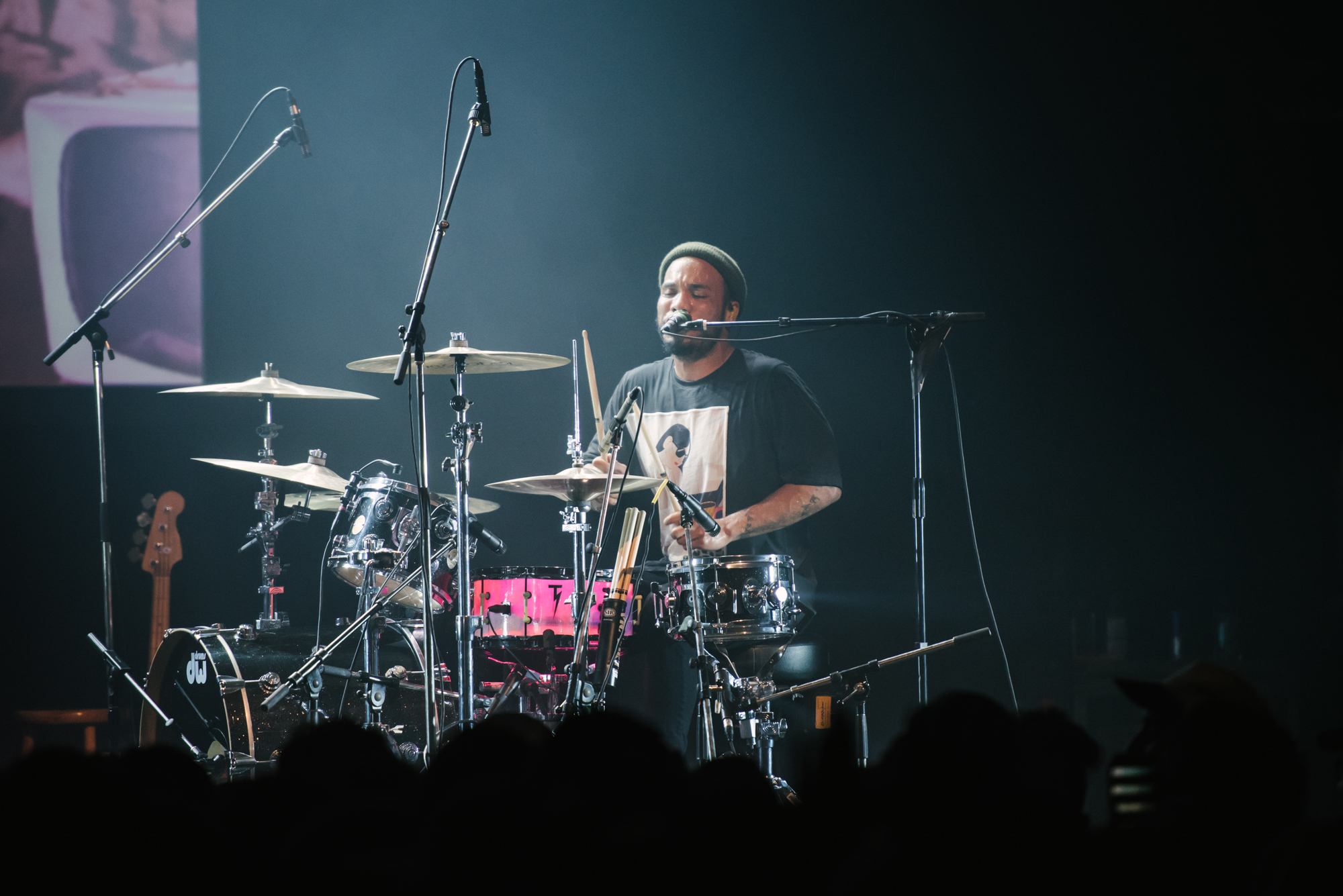 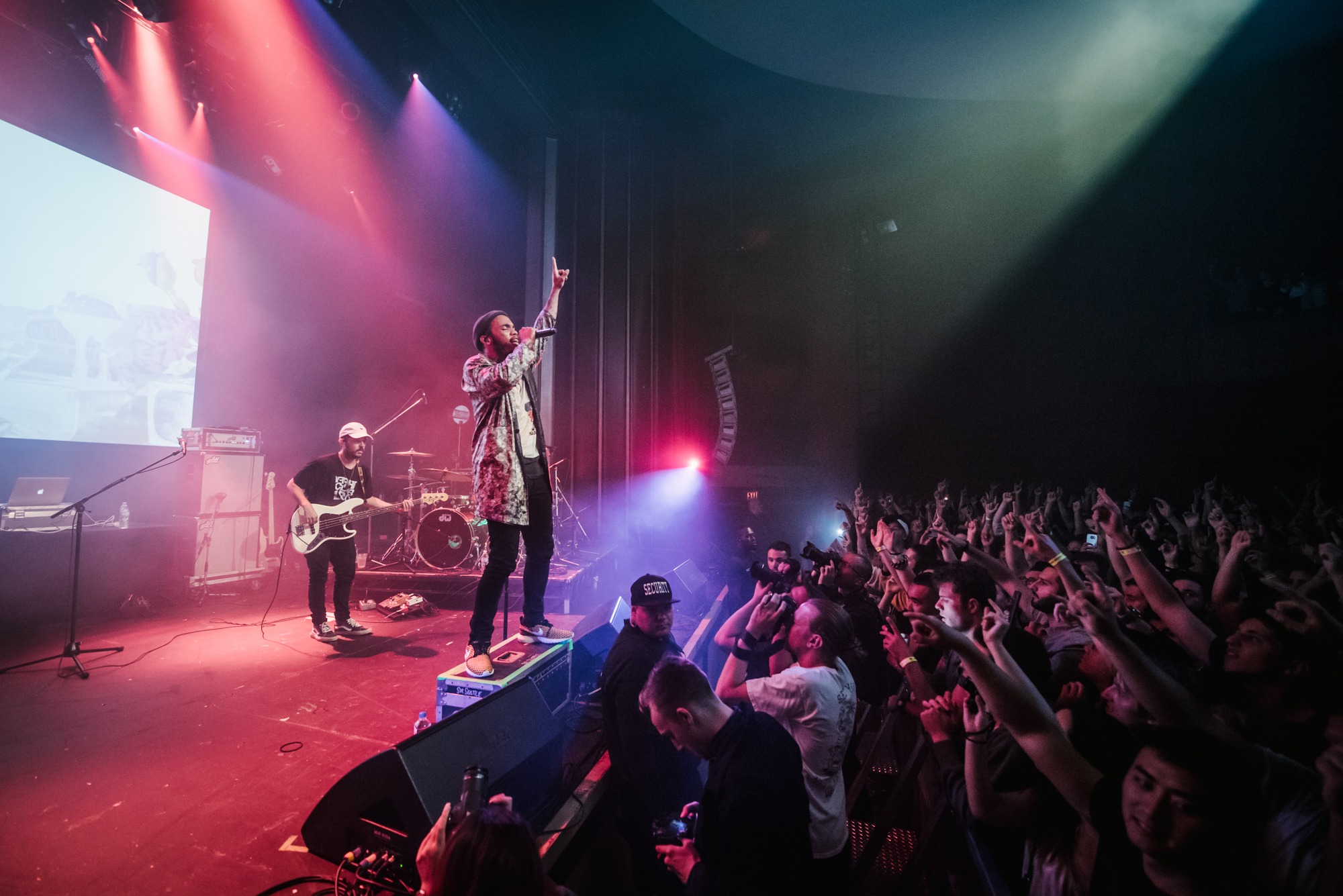 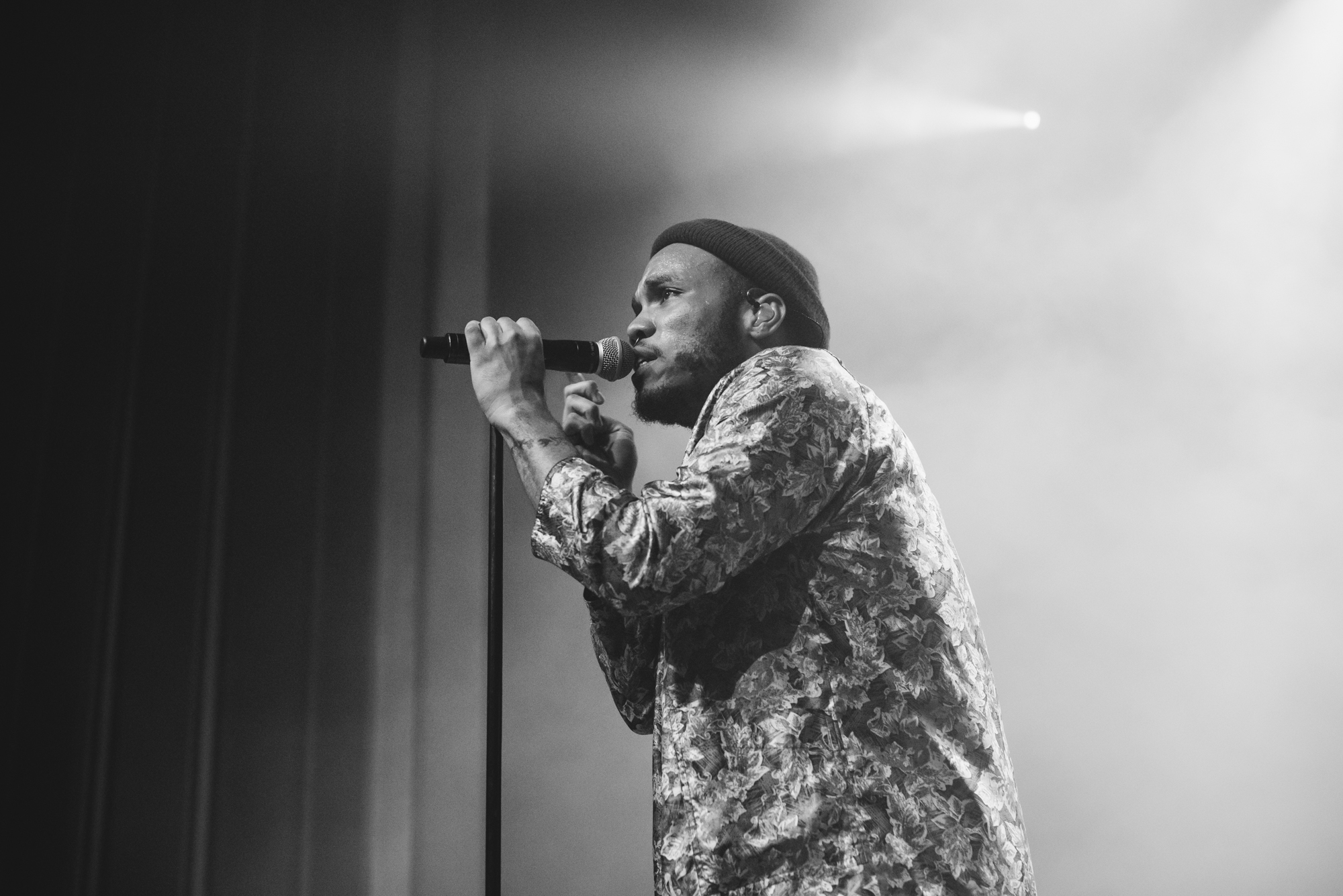 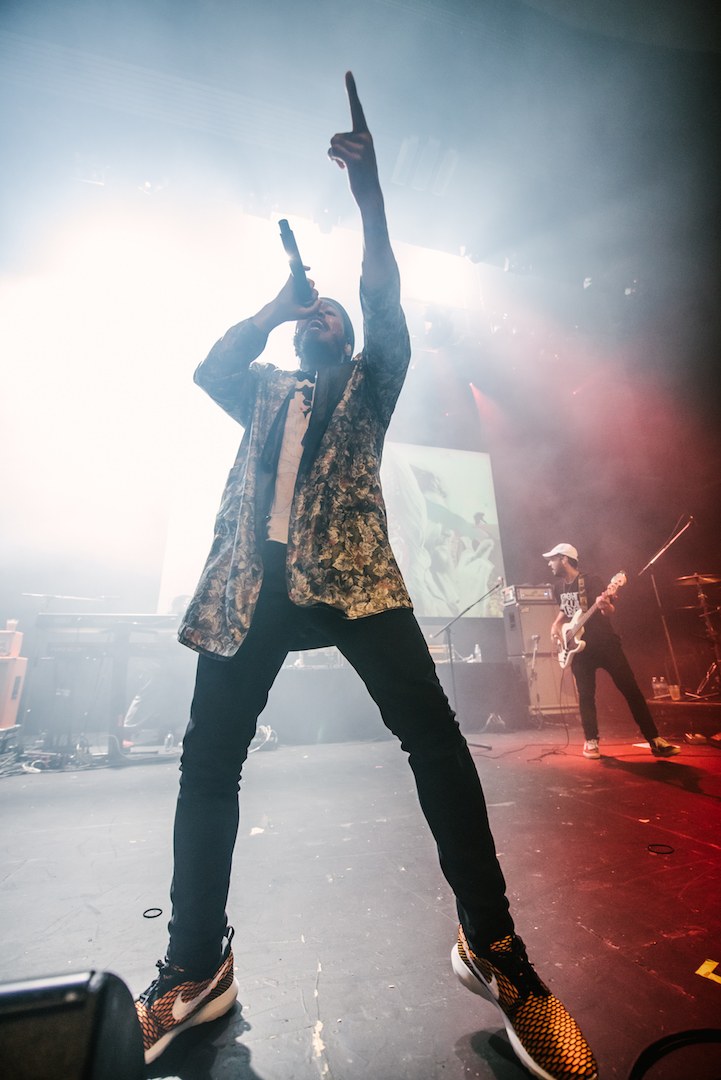 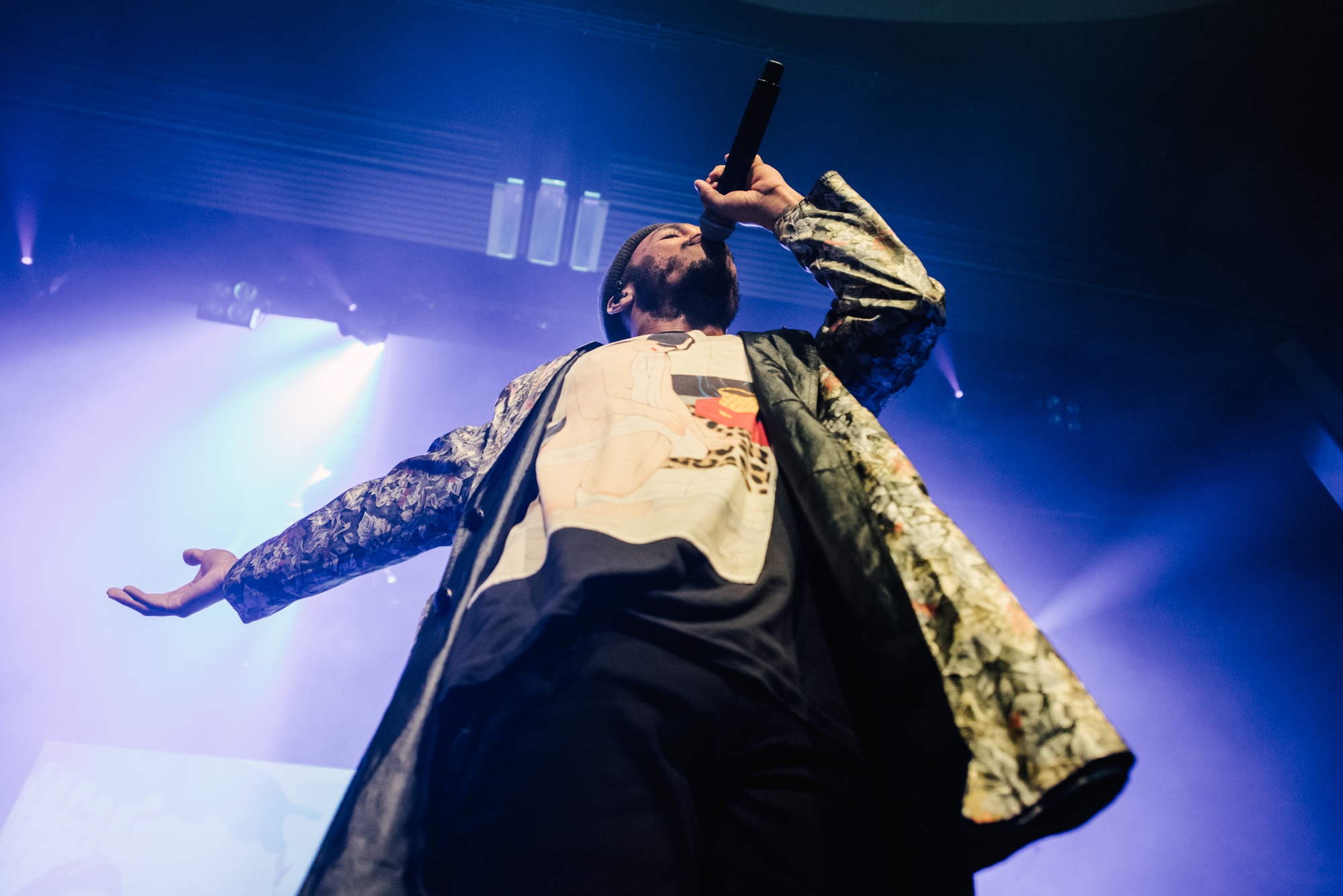 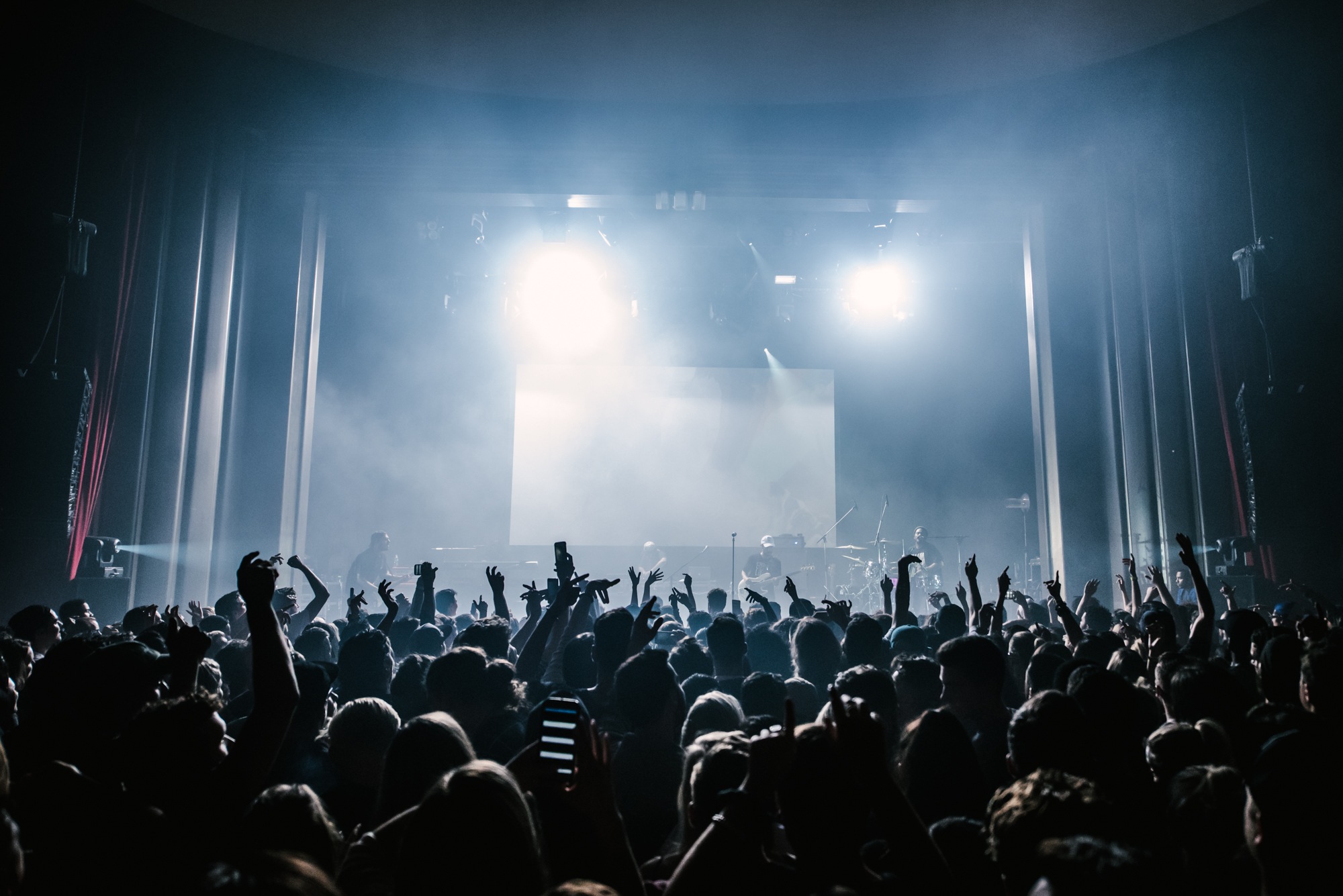