A historic photo of Vancouver is making its rounds on the internet after it was retouched by a Reddit user.

The photo was taken in 1895 from the northwest vantage point of the original Hotel Vancouver building at West Georgia and Granville, the present site of TD Tower. The black and white photo has since been restored and colourized.

Single-family residences are shown in the photo, along with a network of dirt streets, road ditches, and wooden sidewalks. Of course, the area as we know it today is occupied by the Central Business District and Canada’s most expensive residential neighbourhood.

In the distance is Stanley Park and Deadman’s Island prior to being logged. The Island was a burial ground for the Squamish First Nation people before being used by European settlers as a cemetery and later on as a smallpox epidemic containment area. On the right of Deadman’s Island, various shanties and cabins were built by squatters along the shorefront of Stanley Park next to the location of present day Brockton Oval.

Smoke from a sawmill can also be seen in the North Shore near where the Lions Gate Bridge’s north end is located today. 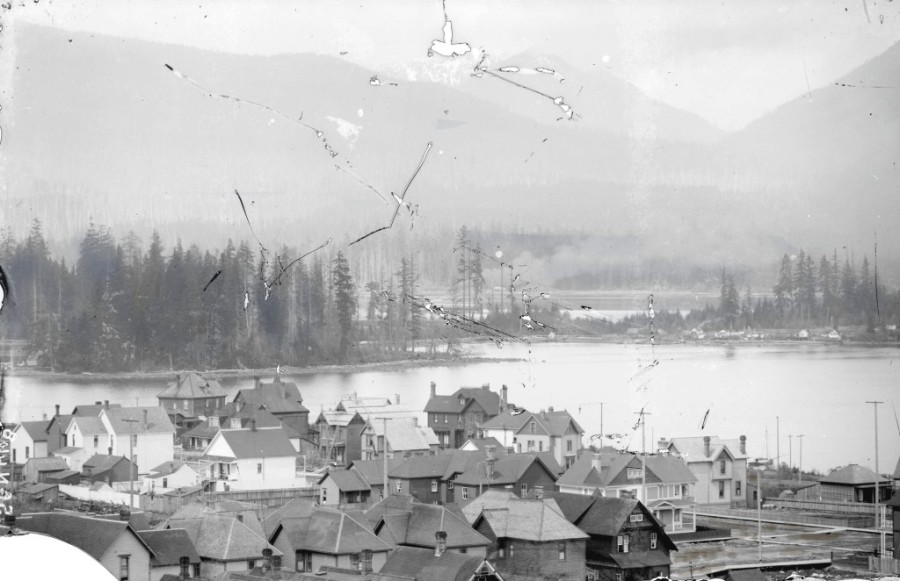 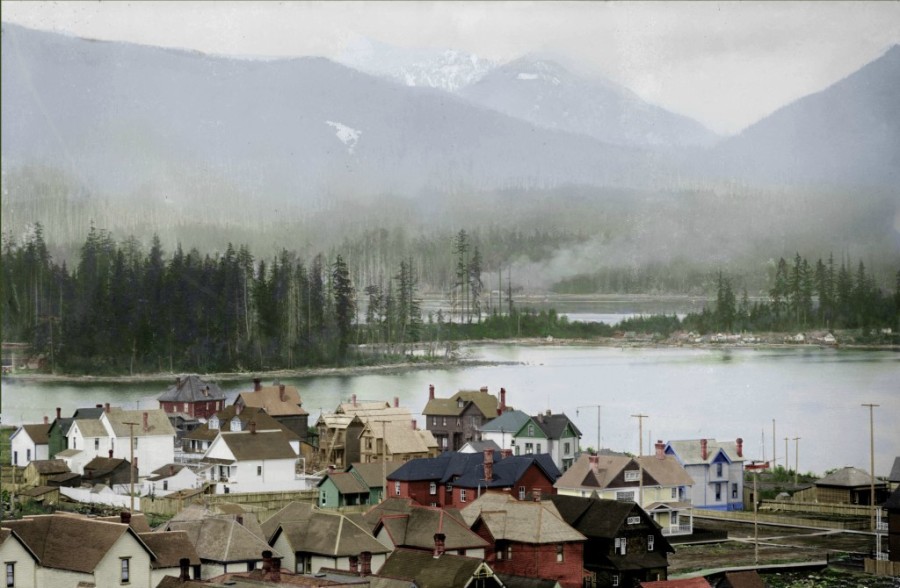 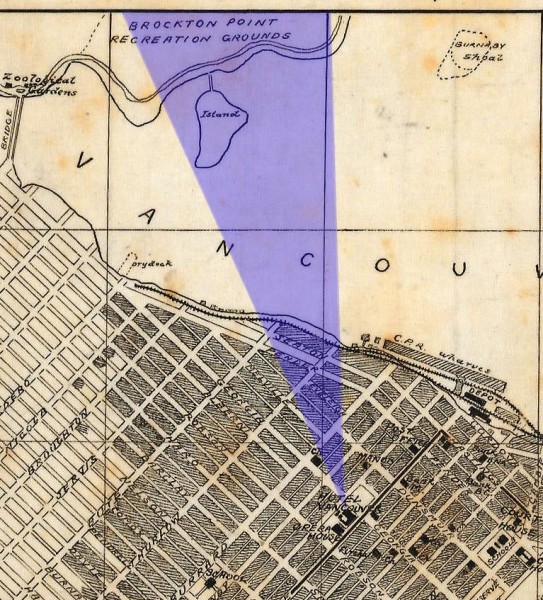